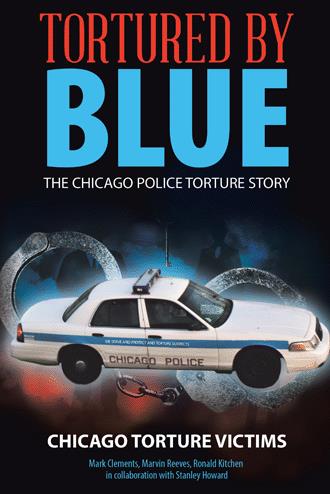 The torture ring that operated out of Chicago Police Department Area 2 and 3 headquarters for more than two decades is one of the most terrible and harrowing stories of injustice to take place in my lifetime. Journalists, lawyers and activists played their part in exposing this nightmare, but the victims of police torture themselves did the most to make the truth known, and against steep odds, they were heard. Jon Burge may have never seen the inside of a jail cell like he should have, but thanks in large part to Stanley Howard and the other authors of this book, he will never be remembered as anything other than a monstrous criminal. This book tells the story of police torture in Chicago from the inside—literally—and when you read it, you’ll agree that no one has done a better job of telling all of it. Nothing can ever make up for the injustices these men suffered. But if we can stop this state-sponsored crime from ever happening again, we will have Stanley, Mark, Marvin and Ronnie to thank for it. — Alan Maass, author, The Case for Socialism; editor, SocialistWorker.org Tortured by Blue is not a story about individual survival in the face of horrific circumstances. It is a story about the multitude of individuals (police, prosecutors, judges, elected officials to name a few), practices, and systems that looked the other way and knowingly ALLOWED for the police torture of men and women in Chicago to continue on for decades. With the turn of each page, my rage grew, and with it a commitment to making sure the truths Stanley Howard, Mark Clements, Marvin Reeves and Ronald Kitchen lifts up in their writings are shared widely and result in accountability and substantive change so no individual or family has to go through what the police torture survivors had to experience. —Cindy Eigler, director of policy and strategic initiatives, Chicago Torture Justice Center Swept under the rug for too long, the wrongful convictions and police abuses described in [Torture by Blue] are a very real part of the history of the city of Chicago. Studying that history is crucial to avoiding the mistakes of the past, and [the author’s] deserves considerable credit from pulling it all together. Well -researched and comprehensive in scope, [the author’s] book doses an excellent job of telling this important story. —Jon Lovey, civil rights attorney specializing in police misconduct

The Chicago Torture Victims spent more than one hundred years in maximum security prisons and on Illinois’ death row. They have courageously fought to prove their claims and innocence, and fight so that reforms can be put in place.