Diary of a Broken Cinderella 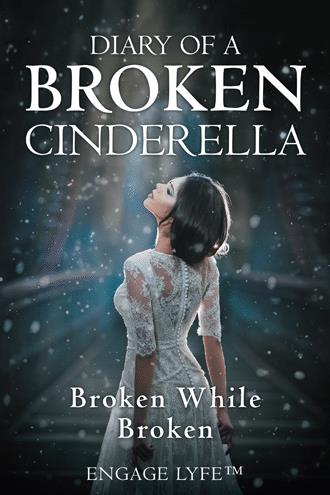 “Preston! Preston!” Cynthia gripped his hand tightly while staring into his irresponsive face. The color was completely drained from his pigment and his body lay limp as did his hand smothered by her loving hold. The machines attached to him began to beep loudly and erratically. This couldn’t be happening. Tears blinded her eyes as she glanced over to the one device which flashed a consistent flat line as it squealed its truth relentlessly. She was no medical professional, but Cynthia had seen enough movies and hospital-based television shows to know that this was a fatal sign. She dropped his hand immediately and grabbed his face as if her touch would somehow return energy to his body. “Preston!” she screamed, becoming irate and emotional. She was practically kneeling on her knees beside him on the hospital bed as she peered down into his face. Her hands moved down to his chest and she began to press sporadically against his flesh hoping that her actions would be fruitful. “Don’t do this! You can’t do this to me! I can’t do this without you. Please…please…don’t do this to me.” Pandemonium took place as the room began to fill up with nurses, doctors, and techs all trying to respond to the code they’d been alerted to. Cynthia’s focus was centralized on Preston and her body strength became greater than she knew. Two of the male techs tried to remove her from the body but she refused to let go and step aside. “Ma’am, please,” a nurse begged of her. “We need you to get off of him.” “Get her out of here!” one of the doctors ordered. “Come on, Ma’am,” the tech to her left pleaded. “You have to let us do our job. You have to give us space to do our job.” Their words were falling upon deaf ears as she continued to pound on the chest that she’d spent years of her life falling asleep on, crying on, and inhaling the scent of. They wanted her to give it up; to move aside and just let him go, but she couldn’t do it. She owed it to Preston to fight for him even when he couldn’t fight for himself any longer. She owed it to him to hang on with love until the absolute very end when God stepped in to say that the fight was over. Right now, her spirit wouldn’t allow her to throw in the towel. Her heart was shattering into a thousand pieces as the hospital staff around her barked orders, tinkered with equipment, and tried to force her out of the way. “You can’t do this!” she yelled at Preston. “You can’t leave me. You can’t leave me.” 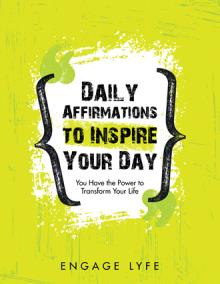 Cynthia is just an ordinary girl when her world changes forever. She suffers the life-changing tragedy of losing her beloved mother. Her father soon remarries, and Cynthia’s cruel new family throws her life into further confusion. Her evil stepsisters do everything they can to make her life pure hell, but there’s someone even worse. Her nefarious stepmother doesn’t care about Cynthia at all; in fact, it seems as though she hates her new stepdaughter. Lonely and broken, Cynthia wonders if she’ll ever find a happy ending, but when she gets older, struggles continue as she searches for true love and true happiness. She can’t seem to fulfill that American dream of perfect job, house, and family. The torment from her stepfamily continues. They only want to see her fail. Cynthia is faced with the harsh reality that the world is filled with evil people—but she refuses to become one of them. Her faith keeps her strong, supporting her through trials and tribulations. She reassesses her life and seeks the true love she yearns to find. Cynthia is a woman not easily broken, and she’ll prove it through grace, trust, and forgiveness.

Engage Lyfe™ is an inspirational author and publishing company. This is a centralized place where you can find helpful self -help or self-improvement information. We offer motivational ideas to enhance all aspects of life.