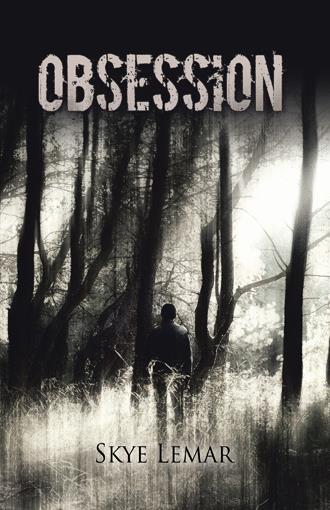 Chapter twelve Samantha was on day two of waking up with the same blue skies and crushing waves. She awoke the following morning, she was having a rough but good time dealing with the scenery here, the colour of the sky as the sun rose over the clear blue ocean, it made the pure white sand look lovely first thing in the morning. She was in the bathroom when she heard the knock at her door, the knocking was very loud, so she ran down the stairs two at a time, once she opened the door her mother was standing at the door, “Sammy aren’t you supposed to have breakfast with Stacey this morning,” her mother said trying to catch her breath. Samantha let her mother in as she was putting her hair into a pony tail, and putting her belt on. “Good morning mother,” she said now straightening her shirt, “But there is no reason to try and kill my door.” “Sorry honey I didn’t think you’d be awake yet,” Sheila admitted. “Yeah been up for a while, I love the view around here first thing in the morning,” Samantha said thinking more about the human scenery now more than the environmental one, and she smiled. “Oh okay,” “But I didn’t think we are having breakfast it was meant to be yesterday but she never showed. And how did you know?” “Your father and I heard you the other night after the movie, but I got so busy yesterday that …” Sheila shook her head, “Damn I got my days confused again.” Samantha laughed, “Yeah you missed a whole day, but I don’t know if Stacey still wants to have breakfast with me,” she said now sounding disappointed. “Why? Are you two fighting?” Sheila asked, walking up to her daughter and pulled her top down from her back. “No mum, it’s just we were meant to have breakfast yesterday, but I think she ditched me for a boy, so I went out with Koby instead and I haven’t heard from her since Wednesday night,” Samantha said now feeling a bit concerned this wasn’t like Stacey. “I’m sure it’s fine honey, just pop over there and I’m sure she’ll be waiting for you,” her mother said as she reassured her daughter. “You know you’re probably right mum,” Samantha said as she hugged her mum. “What are mums for, but I also came round to tell you, your father and I are going away from the resort today, we need some us time,” Sheila said. “You know how to get a hold of us right?” “Yes mum, have fun, I love you,” Samantha said as she hugged her mum for a second time. And with final goodbyes Sheila left, once Samantha was sure her mother wasn’t coming back she ran upstairs to get redressed. When she was happy with her new outfit,(a dress that would for sure get her grounded for having it too short) and a jacket, she left her condo. When she looked at her watch she noticed that it was still so early, so she decided that she would watch William swim for a bit. William noticed Samantha by the pool and finished his lap’s quicker than normal, Samantha then walked with him to his own apartment. She found it easier to talk to William and the two made plans to meet at the gym later on in the day to see who could work out longer than the other. With a smile and a goodbye Samantha left to find Stacey. Samantha tried calling her on her mobile first but it just rung out so she just headed for her apartment. Once at Stacey’s apartment Samantha knocked on the door and was scared and shocked when the door swang open. Samantha called out for her best friend and when a response never came she walked inside to look for her. She quickly looked around the room and couldn’t see Stacey, so she walked into her bedroom. There she was met by a made bed and no Stacey she didn’t even find her in the bathroom, Samantha decided that she had indeed fallen for one of the boys here and had stayed in his room instead. Samantha then headed out of the apartment but that when something caught her attention on the table. With one look at the table Samantha screamed loud, before she knew it someone had touched her shoulder her instincts kicked in and she swang her elbow back as hard as she could, and with that she hit Detective Black in the nose. He didn’t take any notice of the pain coming from his nose instead tried to direct Samantha out of the apartment, but she was so scared that she wouldn’t move. Brodie lowered himself to her level so that he could see into her eyes. “Sam, Sam you need to move come on,” the sound of Brodie’s voice snapped Samantha out of her own mind and was now moving with Brodie even if she was unsure where he was leading her. Brodie ordered Samantha to remain outside of the apartment, and not to go anywhere. So she headed to the other side of the hall way and slid down the wall until she hit the floor. Looking back she noticed that Brodie was on the phone, Samantha managed to move over to him, “We have another one.” Samantha started to cry uncontrollably and found that her hands were shaking, by the time she looked back up at the apartment in front of her was full of people. It seemed like she watched people come and go, first it was only Brodie than a female police officer, than what looked like a doctor had arrived. Several other people came and went Samantha noticed that no matter how many people there where, no body was removed from the apartment.

What’s a family without secrets and lies? When nineteen-year-old Samantha Jones thinks she and her family are going away on holiday, what she doesn’t realize is that her family and friends would be involved in a serial killer’s list and that she’s the last one on the list. Will Detective Brodie and his team solve the murders, or will it be too late? What clues are they missing? There are six victims and nothing connecting them. It’s a holiday on the coast. What could go wrong?

Skye Lemar is a thirty year old, it has taken fifteen years for Obsession to be completed. Within this time Skye has worked in child care, attended tafe; and for a short time was a member of the Royal Australian Navy. At the age of twenty five married her high school sweetheart and had four beautiful children. It is through the push of her family that Skye has made the book become a completed project.