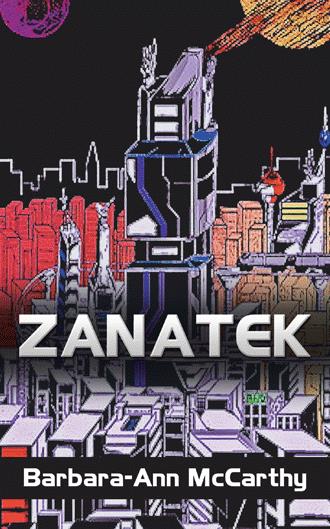 Wandana took a deep, calming breath, and began. "As you may know, I work for Zanatek. For many years now, Zanatek has been experimenting with missiles, and has fired many into our atmosphere. From these missiles a toxic gas called cardium oxide has been excreted, that has resulted in contamination of the ground in which we grow our vegetables and fruits, and the lakes and rivers on our planet. This contamination is causing crops to ripen too quickly and become spoiled. It is poisoning the fish, and has produced a disease. this disease is called Neuroplasmosis and, if not treated effectively, results in death. Thousands of people on neighbouring planets have lost their lives, and we have already lost some of our own people to it." She paused, waiting for the gravity of what she was saying to sink in.

It’s a race against time for the directors of Zanatek, led by Alexis Madrione and Miranda Tullage, to expose the CEO known as Malcolm Xenides. Xenides has detonated a number of missiles into the atmosphere that have caused the deaths of thousands on other planets, resulting in a deadly disease that is sweeping the galaxy. Can the heroes apprehend him in time before the extinction of the species as they know it?