How Comfortable Are Those Shoes? 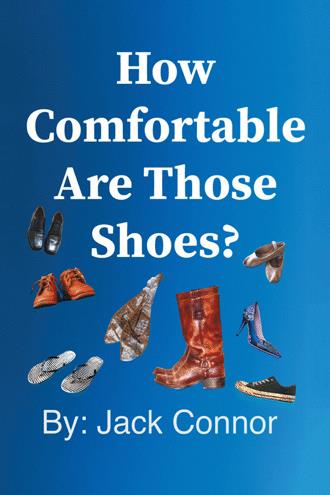 People at certain points of life all over ask questions of wonder—who, how, when, why, or what? There have been thousands of questions from billions of people on or of life, from individual questions to the world to the universe. Some have been solved, while others continually seek out answers. We as a whole intuitively ask more all the time. We all enter the same way, just in different places and times. It proves we’re all connected in some sort of way whether we meet or not. Our existence shows we are here to experience the different highs and lows in between. How that’s executed or accomplished is different for everyone. One needs others to assist us in achieving it or them. We do the same for others in return. We may or may not enjoy the lesson that comes from it. We may not even understand any of it. We may not see value in it, but later we do. Experiences may prove different what we may have learned or believed on the paths we chose. We can be humbled, and we can also do great things. The definition of success is different for each. The definition of right and wrong is the same. We’re all energy. We absorb the energy around us if we allow it to with the influences that create it. These can be fantastic and paralyzing at the same time depending on the many factors that allow it manifest. They are created by beliefs, emotions, and experiences. Whatever allows us to exist is seen as different for anyone. It allows us to make and learn from mistakes if we choose to. It allows us to create our own fate, destiny, and lives with the limited and unlimited resources we are given. The definition of life and success in it is different for anyone you ask. The reality in how one sees and values it is different too. Jack Connor is no different than anyone else. At least he did. Through his experiences he’s had, finding the difficult lessons in it has blessed him with a new outlook toward it. Many things happened that he had no control over. Some experiences could’ve been avoided all together, but Jack chose not to let that happen. He made mistakes and then more. He lived in denial based on fear. Things had to happen for the possibility of change. Some made sense while others didn’t. His actions effected far more than he knew. The lessons learned and the highs and lows of it still continue because of it the decisions he chooses to see life in. Finding hope when there was none, being humbled and rising back. Miracles happening. Finding a new way to live allowed him being placed where he was needed at the right time. It’s something he never expected. There was no guarantee either. But neither was he. What happened to him has happened to others before and will happen to others again. If you allow it to. For whatever reason, one change lead to another which allowed for him to see the perception of how his life was and the place he was placed in for a moment of time. The results of this may never be known fully or until time allows it to. It may take a lifetime or more? And like everything else, the only question he has is what’s next? And why, how, who and when?