The Way of the Pilgrim

A Spiritual Path for the New Age 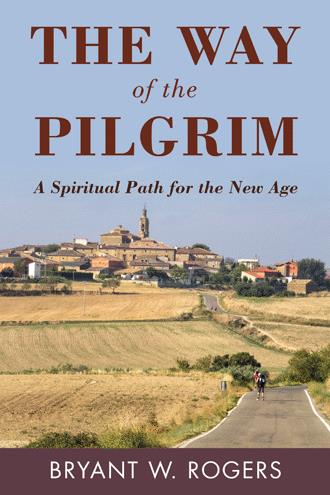 "This discussion on the soul reminds me of another conversation I had with Catherine, that I want to share with you. Being an astrologer, she was very aware of cycles. The cycle of our solar system, as it travels through the constellations, gives birth to the Ages, such as the Age of Pisces, which is waning, and the new Age of Aquarius, which we are now entering. These Ages last approximately 2,500 years and she said that this New Age we are just entering has tremendous significance for the human race. Humanity, as a kingdom, will take its next initiation, and evolve from an individualized identity to a soul identity. This is the Divine Plan for the human race. Our current concept of a body of flesh and bones, with a soul, will change to that of a soul, with a body." “Within our Western culture, man has become obsessed with materialism, or the accumulation of possessions. This obsession with materialism has reached a point where we have lost touch with the divinity within us. We are all divine creatures, Bryant, born in the image of God, but in our quest to accumulate more stuff, we have lost sight of our Divine nature, which is our very soul. In the Age of Aquarius, this will change. By the end of this New Age, everyone, in incarnation, will be born with a new identity. Let me explain further. At the dawn of time, when animal man became a human being, he looked into a pool of water and saw his reflection. He took a major step in the growth of his consciousness at this point in his evolution aand recognized himself as being separate from other men, with an individual identity. In general, animals have species identity, not individual identity.” “Now we are poised, on the cusp of a New Age, when man will make another major leap in awareness. By the end of this Age, we will reach a critical mass, in awareness, where everyone, born, will know themselves to be consciousness or soul. With this newly-realized identity, we will be aware of our connection to each other, to the Universe, and to the One Life, in which we live, move, and have our being. The over-soul of humanity is made up of all our individual souls, with each soul acting as a cell in the body of the One Life. As we realize our unity with each other, we will lose our need to defend our property, our country, and our possessions. A war between groups or between countries will become a thing of the past. Thus, by the end of this Age, every human being, or soul, that is part of this One Life, will recognize that he or she is a Divine Being, with a spiritual purpose, and not physical beings existing for their selfish purpose." "So," Emilio continued, "the message for humanity, is that we have arrived at a crossroads in our evolutionary development, where we must find our collective souls if we are to survive as a species. This is the only way we will solve our collective problems of global warming, wars between nations, global hunger, and poverty. And, all living beings will evolve along with the One Life, or our Planetary Life. We are not doomed to Armageddon if we can evolve our soul consciousness to a point where we can recognize our divinity and our unity as souls, and not so much our individuality. So I have felt an urgent need to teach meditation because it is the only way, I know of, that we can get in touch with our super consciousness, our higher self, our moral compass, or our soul."

In the scenic mountains of western North Carolina, two old friends come together for a week of recreation, including fishing and hiking. During their week of adventure, they discuss a prophecy about the transformation in consciousness of the human race that will take place during the new Age of Aquarius. Humanity is approaching a major crossroads; we will face a decision to either continue on our current path of self-destruction or free ourselves from our addiction to power, greed, and selfish acquisition. This spiritual study considers humankind’s new path, or pilgrimage, which will change humans’ identification with their egos and reveal their true identities as Soul. It reveals how humanity took a wrong turn back in the time of Atlantis, resulting in the total destruction of the world. Now the long path back to redemption will come to its end during the coming age. The Way of the Pilgrim offers a revelation about the salvation of both the planet and the millions of suffering humans populating it. This exploration of spirituality presents the results of one man’s search for God and truth and describes the ways that humanity must change to survive.

Bryant W. Rogers is a direct descendant of several of the pilgrims who came to America on the Mayflower. While his career included thirty years as an intelligence officer with the CIA, his main purpose in life has been to pursue a spiritual path. He belongs to a group of disciples dedicated to teaching the Ageless Wisdom, derived from the works of Lucille Cedercrans. Now retired, he lives with is wife in Asheville, North Carolina.