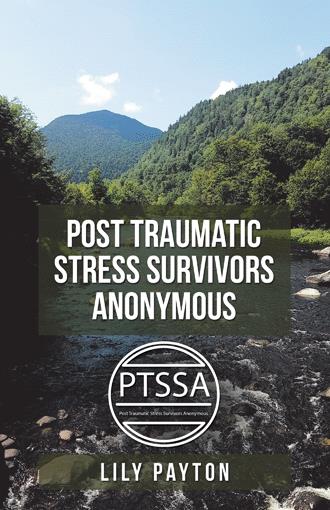 I look to the right and a young doctor in maroon scrubs is talking to me. She tells me she’s a neurologist and so far the CT scan, EEG, and EKG they’ve done are all normal. She now wants to do an MRI of my brain. I look down and see I’m in a hospital gown, on a stretcher, in the Emergecy Room. I have an IV in my right arm. I look at the clock on the wall and it says 3:00. Is it A.M. or P.M.? I have no idea. I turn to the left and see my husband and daughter. I ask Marlin, “ What’s going on? What happened?” He tells me that we got up today, as usual, got dressed, and went to our regular AA meeting, like we always do. I was supposed to chair the meeting but he says I just stood there by the table. He asked me if I wanted him to chair it and I said yes. I sat there through the meeting and listened. After the meeting, my sponsee, went up to Marlin and told him to take me to the ER. She said I kept asking her the same question, over and over again. She’d an- swer it and in a few seconds I’d ask it again. I have no memory of any of this, just sort of “coming to” in the ER. How does anyone not remember someone starting an IV on them, or putting elec- trodes all over your head and doing an EEG? Marlin says I knew him, my daughter, and friends, but just kept asking him. “What’s happening? What’s going on?”. He would explain everything to me again and again. The last thing I remembered was eating pizza for dinner the night before. Maybe there was something in the sauce. All I did know was that it was very frightening to find myself in this position. I remembered everything from that time on, which relieved my husband because I stopped repeating myself every few minutes. I’m told it’s 3 P.M. on Saturday. Now I’m asking myself, “What happened to me? Have I gone crazy?” It’s so disorienting. I feel very vulnerable. They do the MRI of my brain, which I’ll talk more about later, and admit me to the hospital for observation overnight to be sure I’m not having a stroke or some other neuro- logical event. The night was uneventful. My wonderful family was with me at all times and I felt very blessed to have them in my life. By morn- ing, I felt more grounded. I have to say the whole event remind- ed me of the many blackouts I had in my drinking years. Here I am, 29 years sober, feeling the same feelings and asking the same questions. It’s demoralizing and this time it happened without any alcohol. What’s that all about? Of course, I knew what it’s about. It’s the trauma, AGAIN!!!!! The traumas I’ve been working on and healing ever since I got sober. I find it interesting that at no time in this whole process did anyone in the ER ask me if I had any history of trauma. But no one did.

Right from page 1, Lily engages the reader to want to know her story and how she came to heal her trauma. People often refer to it as a real page-turner. Even with some of the more difficult passages to read, her courage and determination shine through. This book can be a lifesaver for you just as her PTSD recovery work has been for her.

Lily's background in nursing, psychology, and her own path of recovery, bring a unique perspective to her personal journey of healing. Sharing it with the world speaks to her courage and her ability to inspire others to find their truth and transform their history.