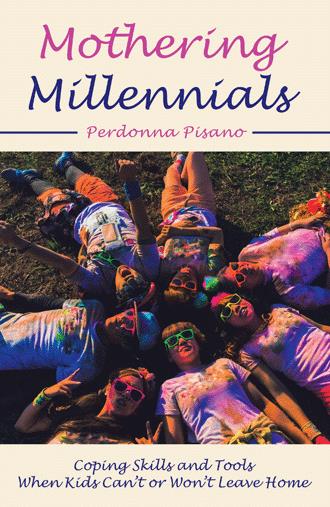 I couldn’t wait to be a mother…but I thought mothering was supposed to end when your child turned 18. I had no idea it goes on and on and on! Whatever happened to kids moving out at 18 and getting a job, or going off to college, AND GETTING A JOB?! Apparently these were generally accepted ideas up into the 1970’s or ’80’s, but it just doesn’t hold anymore. With the current generation, it appears more than likely that you will continue to support and/or house your adult child well into their 30’s. We can get into the socio-economic reasons contributing to the truth of this, and we can even go higher into the spiritual/energetic version of this truth. But it won’t change a thing for you (although it may make you more sympathetic!) Your son or daughter will still remain indefinitely on the dole, or on the couch. If this sounds all too familiar to you, it’s time to face the fact: You’re playing “mommy” to an adult child. How do you feel about that? If you’re the average woman you probably have mixed emotions. The Pros: you love your daughter and love having her around. You’ll miss getting pedicures together and watching movies cuddled up on the couch. Your son loves your cooking and if it wasn’t for him you’d be eating alone. He mows the lawn sometimes and hugs you when you do his laundry. If he’s not living at home, at least he calls once or twice a week to see how you are (and ask for money.) And she definitely calls once a month or comes by because the rent is due! The Cons: He only calls when he needs something. She only calls when she has a problem. You’re running out of time, money and patience! The fact that you’re not getting any younger is not lost on you! and you have no social life because how can you explain the 30 year old camped out in your living room to the new guy you just met in yoga class? I loved my son so much and I really only wanted to support him in succeeding; after all he was my only child! So I did everything I could to help him thru school and life. Others, including my family and husband, accused me of spoiling him, enabling him. I resented the negative feedback. I never did care for unsolicited advice. I maintained that I had a special relationship with my child and it was really nobody’s business. Maybe it was because I was a single mom for so long.; I don’t know. What I do know is that my son’s dependency on me grew and I did not look forward to the time when he would leave home. When he was a little boy he once said, “mommy, even when I grow up I’ll never leave you!” Of course I knew that wasn’t true, but I think deep down I wished it was because of my love and closeness with him.

Are you the parent of a millennial who can’t or won’t leave home? Are you sleepless with worry that your adult child can’t seem to get it together? Maybe stress has become such a burden that you feel you have no real life of your own. In Mothering Millennials, author Perdonna Pisano covers an array of coping skills so you can help your adult child take flight and create a new life for yourself. Learn how you can: • Calculate the true costs of your relationship with your child • Stand up for and to your adult child through tough love • Achieve grace by traveling through time to heal and eliminate guilt • Understand how ego may sabotage the parent-child relationship • Open your heart and make it sing in harmony with your true self • Let go of feeling that “self” is a four-letter word • Stop worrying and start living With humor and empathy, Pisano shares the insight and spiritual tools she’s acquired from more than 30 years as a mother, a channel and a spiritual Life Coach. Mothering Millennials is a guidebook for leaving the worry behind and discovering the life you love.

Perdonna Pisano is an author, spiritual life coach, world traveler, and certified teacher of Awakening the Illuminated Heart meditation workshops. Originally from New York City, Pisano has lived in Maui, Hawaii, and Denver, Colorado. She and Anthony, her childhood sweetheart and husband of eight years, have advanced their spiritual evolution by traveling the globe to sacred sites. They now live on a ranch in southwest Colorado with their four horses and six dogs and run the Bedrock General Store.