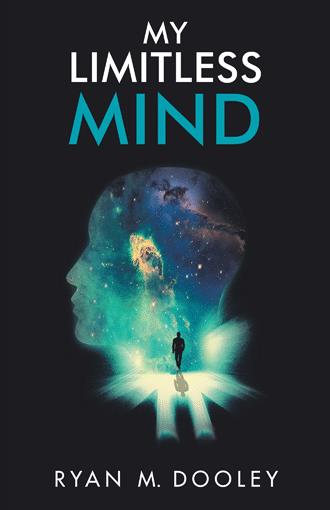 We all see things throughout our day. But do you truly see what is out there? Can you see the wonders that are available each and every day in our lives? As everyday passes, more and more people are rushing around and not truly seeing what is right in front of them. What they see is only what is in front of them in that particular moment. They fail to see all the possibilities available to them. They limit themselves to just a brief moment of what is truly around you. So what happens when you take a moment to step back and see what is truly around you? What happens when you open your mind to the limitless possibilities around you? Your mind has the potential of doing incredible things. Doctors today still do not know much of how the internals of the brain works and there are many who have taken a lifetime to study the brain. As humans we have great potential to use our brains and accomplish great and amazing things. Amazing things that others around us could never even dream to accomplish. Look at people like Einstein, Da Vinci, Bill Gates, and more. They all have one thing truly in common with each other, they open up their mind to achieve what others were afraid to believe was even possible. They expanded their minds to the limitless possibilities and from that became limitless themselves. Take a moment and look at what we as human beings can do. There are people who can draw and paint. While others that can act, and then you have your sports athletes. What do they have in common? They all deciding on doing something and they did not let anyone nor anything stop them. They all practice their trades day in and day out. They all learn how to do their trades and better themselves at it. Many of them failed at first, but now have massive success. They allowed their failures to teach them to become better. To help them achieve their success. Leonardo Da Vinci was a genius in his own right. He drew many drawings, painted, learned multiple languages as well as was a weapon designer. He by his own father was told he was never going to accomplish anything during his life. As we all know he became one of the leading resources of the Renaissance. His mind allowed him to envision many things that eventually came to pass. He dreamed of flying and now today we have airplanes and can even travel to space. Leonardo Da Vinci had many dreams and he worked on them, and eventually turned some of them into reality, while others came to pass after his lifetime. His greatness came from his mind and his determination to use his creativity to become limitless to all the possibilities in our lives. Mohmad Ali, one of the greatest boxers in the world. He was dedicated to his craft and he fought many battles during his career. When he started, he knew that most people betted against him and he knew that people thought that he would lose the fights he got in. He, in return trained harder than any of his opponents. He lived and breathed to accomplish his dream and as a result he became a legend in boxing. He went out and defeated many enemies and lived through battles that became legends. He loved what he did and he became an expert in boxing. Through all of his training and hard work he became limitless and his dreams became reality. So you may be asking yourself, what is the Limitless Mind? In reality it is available to anyone who chooses to dream, have goals and is ready to work to make their lives better. The better question is, are you someone who is limited or are you limitless? A person who is limited is a person who is satisfied with their current status quo. They are happy with what they currently have, what they do day by day. They are people who are fine with their job. They may not even be happy with their situation but they will not do anything to change their situation. They give excuses and do not take responsibility. They may hate their job and complain about that job on a daily basis, but will stay because they are comfortable and will continue doing that job because it pays the bills. A limited person is a person who limits themselves from accomplishing great things. A limited person does not go out to achieve greatness and will always have an excuse to keep them from pursuing their dreams or goals. Now if you are a person with a limitless mindset, you are a person who does not settle. You’re a person who continues to expand your mind, body and soul. You look as every day as an opportunity to better yourself and those around you. You continuously want to grow your relationships, your mind, your knowledge, as well as grow professionally. A person with the limitless mind will take advantage of the opportunities that are around them and will not allow other to pursued them from achieving their dreams. They do not make excuses and takes responsibility for their actions. They lead others and inspire people to be more than they currently are. They understand that the only person that can truly stop them from being great is themselves. A limitless person is a person who will use the same excuses as a limited person to go out and be more. In the upcoming chapters you will learn all sorts of things to help you on your path to becoming limitless. You will see many quotes, learn about having insightful conversations, how to stimulate your mind, as well as practices to help you achieve your goals.

This book is about training your own mind to be the best it can be. It teaches how to set yourself up to find the best possibilities around you and to take advantage of it. This book will help you create goals and stay motivated while you accomplish them. You will learn the difference between a “limited” person and a person who is “limitless.”

Ryan Dooley is Diesel Mechanic in King of Prussia, Pennsylvania. He spends his spare time writing, drawing, traveling, exercising, as well as learning on multiple subjects. Ryan served in the U.S. Coast guard and was honorably discharged. Traveled all over the United States, Central America, and the Caribbean. He has been fortunate to be able to help others. During his time in search and rescue he was injured and told he was not going to be able to do many things in which he can today. He teaches others what he learned to be his own personal truth, that only you can stop yourself from being the best you, you can be.