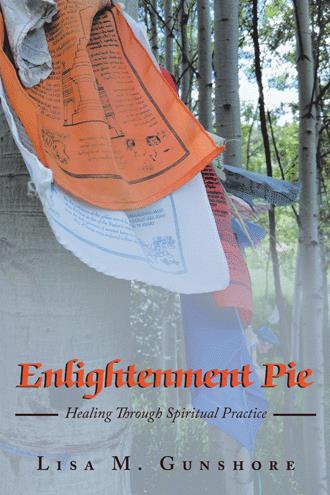 It seems that everywhere we look these days, we see more and more people carrying weight. To someone on the outside, they may only see the unhealthy side effects of poor diet and pass judgements on the person’s ability to care for themselves. What may not be seen is the deep layers of emotional baggage that this person is carrying and their lack of self-love that ultimately affects their choices when caring or ultimately not caring for themselves. The baggage is really layering what we have acquired throughout this lifetime and others, and it has manifested into physical weight that we carry in our bodies, emotional weight, and spiritual weight in the form of karma. The purpose of this book is to teach you how to release this weight from your spirit, mind, and body. I have learned from my own experience that to truly lose weight, we must complete the inner work of all the aspects of our lives. By looking at those difficult pieces of ourselves that is our weight, we bring to the surface many destructive emotions. By working through these emotions and facing them, rather than stuffing them away, we are able to overcome this weight once and for all. This book is not really about changing your diet but, instead, is about transforming all aspects of yourself and changing your life!

Spiritual and psychic gifts came to Lisa through the generations of women in her family. She is the fourth generation of an incredible group of gifted healers, mediums and channels. Since 2006 she has been supporting clients through psychic readings, visiting the Akashic Records, connecting to teachers and loved ones and journeying to different Lokas or dimensions. She specializes in helping clients transition out of or recover from toxic situations such as; toxic work environments, home environments, toxic relationships and food sensitivities and toxicities. She works in partnership with her clients to identify the spiritual and emotional cause of attraction of these negative situations and begin to heal them through soul retrieval, self-inquiry and spiritual practices. Lisa has a personal relationship with mold toxins and fungus. Their metaphysical reason to exist in a body is holding on to your past and allowing toxic energies to feed on your energy. For Lisa, this was a direct correlation to the toxic relationships she had and her own food addiction and patterns of codependency. Over the past decade Lisa has been blessed to work with many different clients, including her own personal journey, to remove toxic energies from their lives and fine tune their vibration. For Lisa, the result has been a physical loss of over 100 pounds and a completely new direction in work and relationships. Lisa’s focus in her current practice is supporting those suffering from mold and fungus dysfunction. “It is my passion to cultivate compassion and loving kindness and it is through my Faith in the teachers and Gurus that I have been able to be healed. I now offer service to you, so we can all live in balance, health and vitality and increase conscious awareness for the greater good of all sentient beings.” ­— Lisa