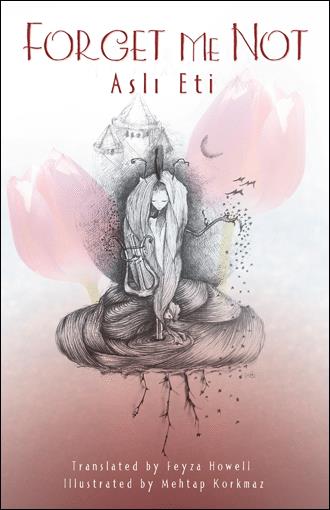 Coming across a dusty book in her bookcase one day, the author remembers a tale she should never have forgotten. A legend, yet not a tale of heroic deeds. One has an inauspicious start: eight-year-old Ida lives in a fairy-tale village encircled by glacier peaks. It is a village where crystal clear waters burst forth from underground springs; it is a village shaded by misty skies. Her entire world changes one day when she does something she shouldn’t have: she picks a snow tulip, despite the flower’s insistence that she will die away from her soil. Suddenly, the path vanishes as Ida finds herself on a journey leading to unknown. Soon a shepherd tells her the prophecy about the snow tulip: that if this unique flower is ever picked, it must be replanted back in its soil by the person who picked it in the first place or that person remains lost forever. Ida’s journey continues as she finds herself stepping into magical worlds she’d never known, which are unlike anything she’d ever imagined. Will Ida ever find her way back home? Forget Me Not is a magical journey of self-discovery; it is a tale about healing and affection instead of hurting. It is a story about one simple truth: mind your true essence within, and dream on. “Neither she, nor I have stayed as we once were. That is precisely why I had to recollect this tale.” “Don’t forget,” said the tulip softly, “nothing happens unless you dream of it.” With dazzling use of language and boundless imagination, this beautifully written story breathes and leaves its mark on the heart and soul of anyone who crosses its path.

Aslı Eti Born on 11 May 1978 in Istanbul, Turkey, Aslı Eti holds a BA in Social Sciences and Philosophy from Bosphorus University. After fifteen years of managing global brands in multinational advertising agencies, she finally took the plunge to pursue her wild dream of writing. Her début novel Forget Me Not, published in June 2016, became an instant bestseller in Turkey with five reprints in its first year alone and even found its way into school curriculums. Her second novel Fourteen Days of the World followed a year later, and a ‘Philosophy for Children’ short story series called School of Wisdom came in 2018. Aslı Eti is committed to inspiring journeys of self-discovery. Fully convinced of the healing power of words, she is passionate about motivating people of all ages to seek the purpose of their lives, to reclaim their own power and to illuminate the world. Feyza Howell Armed with a BA (Hons.) in Graphic Design, Feyza Howell has worked in design, advertising, TV production, marketing, product management and business development in several countries across the world. Throughout this time she has always drawn, written and translated. Resolving to help bring great literature to a wider audience, she has ultimately exchanged international business for translation and writing full time. Feyza Howell lives in Berkshire, where she draws, teaches dance, translates, and writes punchy stories that she might publish one day.