Don’t Talk to the Dunnyman 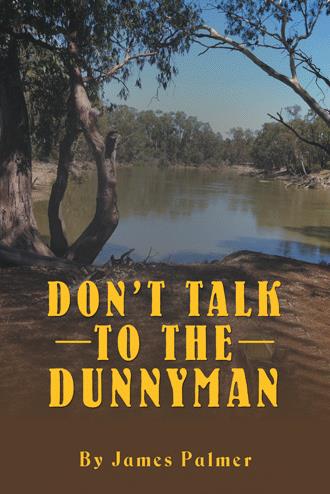 One afternoon sitting on the back steps John said, “Come on let’s go t’ your place t’ play for a change.” “I don’t have nothin’ there, an’ you wouldn’t like it.” “I reckon I would ya know, I never seen your place but I reckon it would be OK.” Ceddy obviously was not sure but before he had a chance to say no, John was already up and walking in the direction that he had seen Ceddy appear from. On catching up he said, “I’m an Abo ya know.” His blond companion looked him up and down before answering, “Yep, I know. Me Mum told me. Only she used a much longer word, n’ said Abo was OK t’ say but Boong was not a good word. I don’t know why, ‘cause its not swearin’.” “I’m a Boong as well as an Abo.” “Does an Abo grow up to be a Boong, like a boy grows up to turn into a man?” “Naw its just wot white fellas call us.” “I get called Blondie or Snowy by some adults but I don’t like it much.” Ceddy looked down at the ground, picked up a stone between his toes and flicked it ahead of them. “Kondie said you was a real blondie,” he said pausing for a moment, “Wot’s it mean?” “It’s the colour of me hair, ‘n it’s like a nick name. But I already got a nick name ‘cause me real name is Richard, ‘n I think because of an uncle I’m called John, so it’s gotta be a nick name don’t cha reckon?” As they neared Ceddy’s place he again tried to talk John out of going there, “Er Polly might be cranky if I turn up with you.” “Wot’s she gonna be mad about? I won’t come in if she goes off, but I reckon if you are me mate we should be able to go to each other’s houses.” “Are you an’ me mates then?” “I dunno wot exactly makes a couple of blokes mates, but ya sorta just become mates don’t cha reckon?” “Is that the same if it is a white fella and a black fella, kin they be mates? Kondie bin telling Polly that you gonna git a bunch a trouble fer hanging ‘round wid me.”

All his life, John has been moving around. His father’s job as a surveyor takes them all over Australia, but his most recent place of employment is in Queensland. The journey was hard what with all the flooding, but they eventually make it. While unloading the car, John hears a voice and makes an unexpected friend. Ceddy is a ten-year-old Aboriginal boy. Although their skin tones don’t match, John and Ceddy become friends. Together, they face many challenges as they go up against dangers of the Outback and, even worse, small town racial prejudices. Despite difficulties, they have adventures, make other friends, and learn slowly how to become men. Author James Palmer—who, like John, spent his youth moving from place to place—tells this story with humour and heart. He draws a picture of the salty characters that were all around his own childhood and gives them life. John’s story is one of tragedy, philosophy, folly, and bigotry, all differing aspects coming together to make a rich page-turner.

James Palmer’s father was a surveyor, so they followed the work from western New South Wales and Queensland all the way up to Papua New Guinea. Of his three brothers, James was the worst infected by wanderlust. Married in 1972, he roamed with his wife and kids until returning to Australia in the late 80s, where he is now retired and enjoys writing and golf.