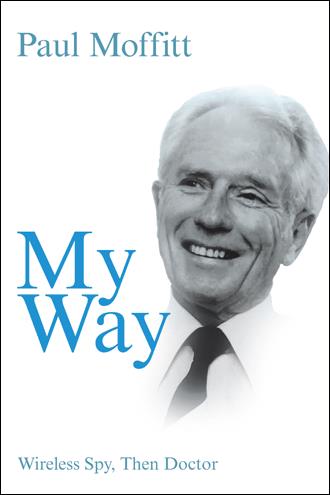 My medical rounds were routinely undertaken on Tuesday and Friday mornings and it was upon one of these occasions that my group, which consisted of a very astute general practitioner, two resident doctors and the ward sister, entered one of the few single-bed rooms available at Belmont Hospital. The junior doctor introduced me to the patient, who had private health insurance, but had no choice of physician because I was the only physician on the staff. He was a university lecturer and was no doubt assessing me as I listened to, and questioned, the junior doctor who was relating the history of the illness, physical findings, results of the X-rays, blood tests etc. Basically, the story was that the patient, aged about thirty-five, had never had a sick day in his life. He had never previously had a cough, no family history of respiratory disease, had not inhaled a peanut, had sustained no injury, had not recently travelled overseas and now was febrile, coughing without sputum and an X-ray showed bilateral bronchopneumonia. So the junior doctors had diagnosed, proven and were treating bronchopneumonia, but knowing what disease the patient had was only half of the doctor’s duty. Why the patient had it was equally important and so I asked myself, “Why is this fit young man, with no apparent reason for developing bronchopneumonia, now suffering from it?” It was not a huge leap for me to suspect psittacosis in view of the absence of the above possible precipitants. “When did your budgerigar die?” I asked. “Two weeks ago,” replied the lecturer. There was deathly silence in the hospital room as the other doctors kicked themselves for not thinking, “Why has he got bronchopneumonia?” I should have rested upon my laurels, but I attempted to gild the lily. Knowing that the budgerigar must have been sick, I asked how it died, expecting the reply to be, “It had the flu” or “It had diarrhoea”. His reply shattered me and the room burst into laughter at my expense. “The cat ate it,” said the lecturer. Not only was I robbed of my moment of glory but the lecturer, who was sick and understandably concerned, was now also considerably unimpressed with the specialist who had been foisted upon him — a specialist who appeared to be more interested in his dead budgerigar than the fact that he had pneumonia. Embarrassed, I tried again, as the laughter subsided, “Was it sick?” “Of course it was, or the cat would never have caught it,” he replied in an angry voice. My credibility was partially restored, but I was certainly not back upon the pedestal from which I had hurled myself. Antibody assays confirmed that the man had psittacosis and the antibiotic, which the RMO had already routinely commenced for bronchopneumonia, was continued.

Eighteen-year-old Paul Moffitt’s life as a spy began with his involvement in the interception of Japanese radio messages in May of 1942, two days after he became an Australian soldier. He spent more than three years intercepting wireless messages during World War II. He later became a doctor, committing sixty-three years of his life to medical practice and making strides in the battle against diabetes. In My Way, Paul includes stories of murder and suicide (attempted or successful) by cyanide, arsenic, thallium, shotgun, or rifle in different towns, cities, and countries; tales of accidental problems caused by consumption of black licorice or the near collision of large ships at sea; serious stories of doctors and patients; and some lighter stories as well, along with some personal opinions. Meant to both entertain and teach, this book offers insight into Paul’s long and interesting life, telling an array of tales—from the fascinating to the frightening.

Paul Moffitt rejected attending university in 1942 to become an Australian soldier intercepting Japanese wireless messages. Post-war, he became a doctor in many different fields and started the first Diabetes Education and Stabilization Centre in Australia. Having received the Order of Australia, he is still active in teaching a high standard of medical practice.