Conversations with My Higher Self

Towards Abundance and Wellbeing 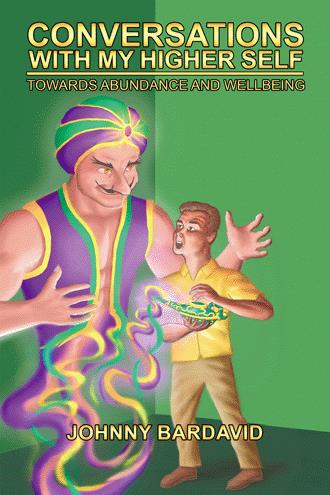 It was one o’clock in the morning and Louis couldn’t fall asleep. He was tired of tossing and turning. Worry overcame him. He felt trapped in a dense and menacing darkness. Desperate, contrite and fearful, he got up, kneeled and prayed, as he never had before with passion, desperation, hope and great anxiety. Worrisome concerns burningly appeared. His heart was beating uncontrollably. His breathing was shallow and he started to tremble violently; he was scared, very scared. He had lost his job many months ago. Even with his social security benefits, his economic reserves were dwindling fast. He couldn’t find a job. The country was in an economic turmoil, his family conflicts were sapping his strength and his “overwhelming” preoccupations were turning into depression. His world came crashing down on him. He had looked for a job diligently, had gone for many interviews, had consulted with friends, asked for advice and recommendations. His wife had done likewise. He started to sell his belongings in order to survive above the poverty level! He was losing faith and this terrified him. An internal coldness was surfacing and his tremors became stronger. Suddenly he perceived something, like a very particular presence in front of him. He opened his eyes, saw nothing; blinked, searched, turned around and didn’t notice anything strange, but he felt that somebody or something was near him. Was he hallucinating? Was it his imagination? No, it was very real! He sensed something special; and at that moment, he received a sort of telepathic message: “Hello Louis, I came to help you solve your problems.” Louis felt something strange. He couldn’t understand what was happening. “You are going through an economic an emotional crisis which is overcoming your ability to face it confidently. You are unable to take advantage of your latent abilities.” “What kind of a ´presence´ are you? What latent abilities are you talking about, he mentally answered still kneeling.” “Latent abilities are those you have, but haven’t discovered. As for me, you have heard me many times before. You may also think that I am the voice of your conscience, but you have never really “listened” to me. Now, I am conversing with you for the first time, as your Superior Self, your Guardian or your Guru, or whatever you may want to call me.” “This is sounding very strange to me” “Think of me as your personal counselor, your guide and you are listening to me without your subconscious rejection, because of the very serious problems you are facing. I will help you see “Reality”, not the apparent reality so worrisome to you.” Louis started to feel more tranquil hearing this internal voice and this unknown “Presence.” “What greater reality than the fact that if I don’t find a job soon, I won’t be able to subsist and I certainly don’t know what’s going to happen to me.” “That is your temporary reality. I’m talking about non-temporary realities; I’m talking about transcendental realities.” “Non-temporary-realities? Transcendental realities? I don’t know what you are talking about... well, almost talking, because I perceive your thoughts but I can’t physically listen to you”. “Transcendental realities are the ones that never change, they are like eternal truths. I suggest you don’t continue kneeling. Stand up. Cover yourself because you are still trembling. Let’s sit down; I say sit down figuratively, because you are the only one that’s going to sit down, I am in a different space-time dimension in front of you.” Momentarily Louis forgot his problems and became very curious and hopeful. He put on his robe and took pencil and paper. He felt a very particular flow of energy rushing through his spine. “Are you still with me? How can I call you?” “Call me, Master Louis.” “Are You my Master?” “No, I am your loving guide who wants to help you.” “Master Louis, I am very intrigued. Many questions flow through my mind. What kind of guide are you? Why am I feeling your presence now? Can I have confidence in you? Are you a product of my imagination?” “Consider me as your “Super Consciousness”, the one that is not belittled by your fears and doubts, and your limited considerations. You perceive me now, because life is facing you with very serious tests and now you are more open to learn. Having confidence in me? Well, if what I’ll tell you, works... and you feel comfortable and hopeful, you will have confidence in me.” “What can I do to solve my problems?” “Louis, you are the architect of your own destiny. Feel sure you will be able to solve your problems! Don’t think that I’ll give you a special prescription with burning smoky potions and magical words. Are you interested in starting to learn how to solve your economic problems practically and effectively, starting tonight?” “Definitely. I’m super interested.” “Ok, there‘s an easy and a difficult way. Which do you choose?” “The easier one.” “This one will be easier to execute, but more difficult to learn.” “You are making it difficult for me. Isn’t there one that will be easy to learn and execute?” “It depends on you. If you look through a window you can see people; however, if you cover it with a silver film you convert it into a mirror and can only see yourself.” “What does that mean?” “When you change the way you look at things, the things you look at, change!” “I can only see my problems as problems, how could I look at them in any other way?” “Look at them as enormous opportunities to learn and develop constant self-improvement” 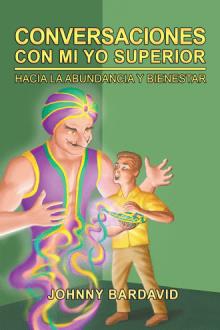 Do you want to better your life? Are you going through a personal crisis? Are your family relationships deteriorating? Are you anguished, worried, depressed, and fearful? Would you like to overcome these self-destructing feelings and situations? In Conversations with My Higher Self, author Johnny Bardavid offers various different approaches to help you solve these and other problems to create abundance and well-being in your life. Bardavid employs a dialogue between Louis and his mental and spiritual guide who steers him from failure to success using interesting parables, examples, stories, ideas, illustrations, reflections, and higher wisdom. Through this fictional conversation, Bardavid communicates the fundamental principles of the Law of Universal Attraction and other nontraditional, mental tools you can easily use and apply to better your professional, personal, family, and social lives. Conversations with My Higher Self demonstrates how acquiring new forms of thinking and acting to face life’s difficulties will enable you to attract more of what you want and less of what you don’t want. When you change the way you look at things, the things you look at change.

Johnny Bardavid graduated from North Carolina State College of Engineering with the highest honors. He earned a master’s degree in business administration from a Mexican university. He has been a successful businessman for sixty-five years and a lecturer and business consultant for over forty years. He has also been a pro bono counselor for people with financial, personal, familial, and social problems for over fifty years. Mr. Bardavid is the creator of more than 115 short and effective self-improvement videos on YouTube under “Johnny Bardavid,” 25 percent of which are in English. A philosopher and writer, he has been very happily married for sixty-six years and is dedicated to serving others.