A Guide to Being Well No Matter What 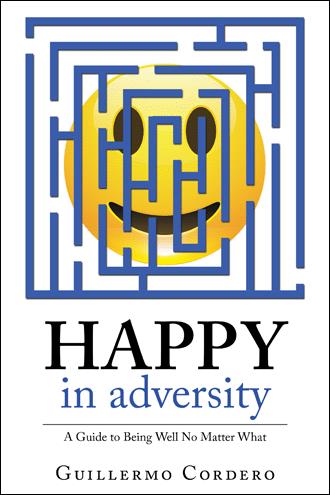 THE SUBJECTIVE REALITY Our emotions and expectations create our reality. Fate kneels obediently to make sure what happens around us is what we believe will happen. Each of these negative patterns accumulates, in proportion to the importance of the event, small "time bombs" that one day explode together. The good news is, the process is reversible. We simply have to change our habitual patterns of thought and conduct. I said it was reversible, .......never said it was easy. The secret is to surrender, have an open mind and consider options. Each one of us believes that our perception of reality is right and our arguments are irrefutable. If we keep thinking that way, we better buy all insurance policies possible, for we will need them. And we better get ready for our destiny to be what we think it will be. For those who are interested in the subject and philosophy, I recommend to study the 12 rules for the direction of the mind by Descartes that were written around 1620. The 12-step program by Alcoholics Anonymous is also interesting. What we see happening around us is the product of our minds. • Fearful people find themselves frequently in dangerous situations. • Mistrustful individuals see suspicious activity everywhere. • Those with low self-steem keep running into humiliating people. • The jealous person, sees threats and flirting in all interactions of their spouses with other people. • Everything makes a hypochondriac sick Let's be careful with the messages we send to the brain. Most of us, after sneezing, look around to identity the substance that caused it. What ever we find, and believe, is a peremptory order to the body. Next time we are in proximity to that substance, the brain will signal the nose to sneeze. We would, then, "prove" our theory, ..........and that would become the truth for ever. Notice that almost always our fears-statements become true: " the fat in this food will go directly to my belly", "the headache tomorrow, will be horrible", "milk irritates my stomach", "bread makes be gain weight", "I won't be able to sleep ", and hundreds of similar expressions. Let's change that right now! I am not suggesting to be negligent, shortsighted or oblivious to reality. Finding the balance between prevention and negative mind programming, is crucial. I have to say, honestly, that this subject still confuses me. Fortunately, several topics do........ I am aware and careful when making affirmations, but it is hard to fully identify when I am being stubborn and ignoring true facts. The difficulty, again, lies in recognizing the "true facts" If we accept wrong theories as true, we would be walking on bubbles. I assume that persistence and being alert, will slowly make changes, and will show us the answers at some point. In fact, the universe has already answered, one way or another, many questions that intrigued me for years. Once read something very interesting (cannot remember exactly where) that I practice often. When something negative happens in our lives, blame it to temporary aspects. When it is positive, attribute it to permanent characteristics. For instance, after failing a math test, instead of stating " I cannot do math", say "I didn't study enough" After a wrong decision, instead of saying " I am bad at making decisions", say " didn't have the time to evaluate the facts" or " didn't have enough information to make a proper assessment". Instead of saying " milk always boils over on me", say "I forgot to watch the milk". Instead of thinking "for an important appointment, I always sleep in, get to it late , or don't make it at all", say " I should have set the alarm at higher volume, or asked someone to wake me up". Instead of " when I am watching tv, I forget the rest of the world", ............"the program was so interesting that I lost track of time", is better. Make a list of similar phrases you use more frequently; write in front the positive alternative; make several copies and post them in several places until they become your default. This way, the negative events can be prevented in the future by simply correcting what was wrongly done in the past. Do the same with the positive events: Instead of " I am so lucky", think "I truly prepared well" or " I do well in interviews" In lieu of "I got this award because there were not too many candidates", say "I am glad to have been recognized for a job well done" Instead of " we won because the opponent made mistakes", think "We did things well, therefore we won" Avoid being arrogant, but be proud of your virtues. Good luck is always necessary; the most important thing is to trust we will have it. If good luck is mentioned, do it humbly and from the heart. I think the idea is clear. Of equal importance is to apply these concepts when talking about other's achievements or disappointments, specially children! 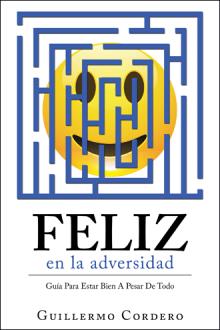 Misfortune such as death, failure, loneliness, disappointment, abandonment, limitations, illness, and several more affect without distinction (and sometimes without mercy) all human beings regardless of origin, nationality, social status, colour, sexual orientation, gender, beliefs, and family composition. Some are affected with more or less intensity and frequency, but inevitably all mortals have to face tragedy sooner or later. In all cases, we have the option of being well or miserable, and the decision is ours to make. Fate is never against us; it just happens, and adapting to it is easier than we have been told. You will find here simple but invaluable concepts that will help you regain control of your thoughts and actions to lead a happy and meaningful life regardless of what happens around you.

Guillermo Cordero was born in Bogotá on October 23, 1959. In his native Colombia, he took a very extensive academic and technical training, which included architectural drawing, English, a bachelor’s degree in architecture, and a postgraduate degree in Marketing Management. In Toronto, Canada, he increased his training, taking intensive English courses, French, a 3-year university program in construction science and a wide variety of courses in technical representation, sustainable construction, construction documents and preparation of technical specifications. These studies allowed him to obtain several important designations to solidify his credibility in a competitive and complex industry. Through his professional development, he realized a somewhat disappointing fact: all this rigorous academic instruction served him to defend himself well on a professional level, but it did not prepare him to face adversity in life. In the university classrooms they did not teach him that life was uncertain. None of his renowned professors mentioned that failure was sometimes impossible to avoid. In no teaching center they showed him the way to recover after a certain emotional blow. In the lecture rooms he learned to solve complex technical situations, but not to understand that things sometimes go well and sometimes badly, and that it is simply the natural process of the universe. One day, after many complications, he began to read and his life changed forever. And he did not have to invent or acquire anything; He had the wisdom and the necessary tools within, like all of us, from the womb.