a memoir of heartbreak, travel, films and the search for meaning 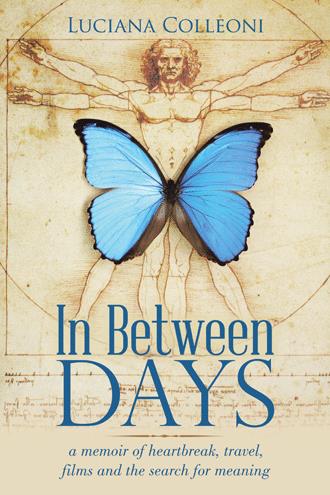 Her house was odd. But then nearly every house I visited in Guayaquil was odd. Our school friend Mariangela’s house, for example, looked huge from the outside, but it also looked like it had been built piece by piece, and with no symmetry, like a Lego sculpture. Most neighbourhoods were not very pretty to look at, I think because houses in Guayaquil had to be built to withstand floods, locusts and all the rest, with very little regard to aesthetics. But the streets looked mostly like war zones as well, full of buildings with high pillars where elegant flats hid from view. We went to visit a school friend in one of those places once. This girl’s family was supposedly quite wealthy, having made their money off Ecuador’s best- known coffee brand, which later on in the visit I realised was named after the family’s three children’s last name syllables put together. Having crossed the hallway downstairs slightly surprised to see the dump these rich people lived in, we were even more astonished to enter a super modern apartment full of the latest mod cons, and a three storey one at that! I think they even had a swimming pool. It looked like something behind Willy Wonka’s many strange doorways. Come to think of it even our school was like that. It was only after many visits to Mariangela’s house that we discovered there was a separate basement apartment where her grandmother lived. We were taken down there once to meet her. I found odd how they kept her hidden away, like some Phantom of the Opera, but it was her own choice. It was like Miss Havisham's lair. She had lots of chintz around and the TV was always on, as she watched South American soaps almost 24/7. Mariangela told us she’d been engaged to Mexican star Cantinflas once, and I did see his framed and signed picture on a mantelpiece, but I suspected the engagement was a figment of her imagination. Our new Spanish teacher Ms Emilia lived in a house which looked very narrow from the outside, but as soon as we went inside it was obvious that the space itself spread inwards into a rectangular shape. We never stepped beyond her sitting room, but we often saw her sister coming out sometimes to make us snacks, and her niece who was always going out somewhere, usually looking glamorous in a Black-Friday-sale kind of way. This was 1979 so the whole BF concept hadn’t been invented. I guess what I mean is she always looked very made up and dressed up all in gold lamé single strap leotards tucked into tight jeans, with lots of jewellery and a short crop of peroxide blonde hair to complete the look. Whenever she did stop to talk to us she was always nice and friendly. The mother had the opposite look to the daughter: she always looked like she’d just got out of bed. She usually appeared at the beginning of our lessons to make llanpigachos and patacones to serve at break, along with tamarind juice. We’d never tried this stuff, and in hindsight it was probably really tasty, a mixture of fried smashed plantains and potato cheesy croquettes. But our lesson usually started after lunch, at around 230pm, so serving us food one hour later would have been a bit much. But we were curious and didn’t mean to refuse the kind offer (the former reason was actually more accurate), so we accepted the first time and they just assumed we’d want it every time. Snack time was a welcome distraction most of the time. Ms Emilia was trying to teach us verb declinations and all sorts of grammar at a time when most people in that city were having their siesta, and even if we were kids, we could feel the slumber creeping in as we stewed in her dimly lit sitting room and could only just make out the brightness of the glaring sun outside through the plastic blinds. The gentle but constant rattling sound of the fan didn’t help keeping us awake. I could see my sister’s eyes occasionally drooping down. We had a couple of ways to stay awake: I found Ms Emilia’s hair, or rather the lack of it, strangely fascinating. She had black hair which sat on her head like a helmet, but I could see her scalp through it. It was like she had a thin layer of cotton candy over her head, and she sort of back combed it, so it only followed one direction. It was probably dyed black, as she was old enough to be a grandmother. I could spend some time in almost silent admiration of how she managed to cover her entire head with so little hair. She always wore red lipstick and a generous layer of pressed powder, and against the chiaroscuro of the sun outside and the shadows of her living room she reminded me of Vincent Price as Prince Prospero in Masque of The Red Death. The other distraction was a litter of kittens usually taking residence on her big sofa, which faced the table where we sat. The kittens were at the age when they start to explore the world, and even if Ms Emilia would be blind to their shenanigans, we were highly amused by them, to the point where we struggled to contain our laughter. She seemed oblivious to anything that did not relate to verb declinations. So many years later I realise how good at teaching she was, and she probably was responsible for getting us through school and giving us the tools to communicate and connect to kids our age in a foreign country.

An epic memoir of heartbreaks, travel, comedy and the search for meaning, In Between Days charts Luciana’s journey from childhood to maturity, feeling stuck and hopeless in her home country, to finally taking the plunge to build her life away from the known. Leaving family and friends behind and daring to chase her dreams, she jumps out of every comfort box in her path, with the single aim of becoming a filmmaker in London. “I was recruited as one of the Elegant Post couriers that June and was wondering whether to overcome my boring shyness and maybe send Goblin a small note. That thought came to me as I was returning to the main stalls area from my latest delivery, and I was determined to act on it. Fate, however, had other plans. Within my field of vision, the party continued on, but like a time lapse there stood in the middle of the square my crush, Goblin, facing another girl I didn’t know, very close. He had his hands around her waist and hers were around his neck. Only they seemed to exist in that moment, and although he had his back to me, I could see the look of love in her eyes. It seemed to happen in slow motion, but they kissed and stayed in that spell for a long while. I remember the scene like a shock, as if it was suspended emotion in my heart, like I could not feel the discomfort, but I knew it was coming. I don’t know how long I stood there, probably long enough to make sure I wasn’t imagining things. Phew, what if I had sent him a note? I would have scrambled egg all over my face, for the shame of it, to become vulnerable and expose myself and direct my affections where they were unwanted. For me these events elicited high drama, but mostly in my head. I never shared it with anyone, but just collected the shattered pieces of my vanity and tried to quieten my heart until things turned out the way I wanted.”