One Hundred Days and One Night 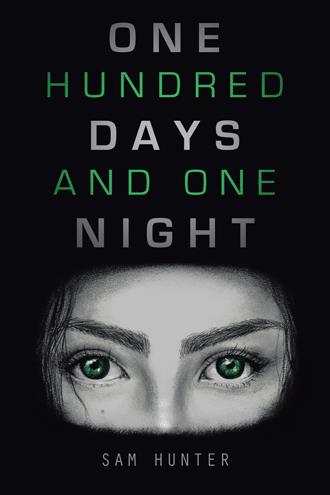 After a due time of living in a cocoon, another metamorphosis into a butterfly transpired one evening in my office while finishing some paperwork and getting ready to leave. The subject of my crush came in and sat at the desk next to mine and after only a couple of minutes of busying at his desk hurried through the door. The butterfly flapped its wings in my stomach when he bumped into someone on the way out and in a short conversation said to a passerby that “the girlfriend was gone.” We were colleagues for about six months, and I thought it appropriate to say, “Sorry about your girlfriend.”

“That’s OK,” he replied, adding that each loss was an opportunity for a new gain, or so he hoped. “Are you still on vacation?” he then asked and I said I was coming back to work in three weeks and just needed to tie some loose ends and pick up a book I left in the office.

“See you then,” he smiled, looking at me for a long moment.

If someone else were telling me this story in these exact words as a prelude to what later developed into a full-blown crush, I would . . . simply not believe it. One equivocal promise “See you then,” followed by a longer-than-commonly acceptable-among-acquaintances gaze does not give enough material for a fantasy built on foundations of a sandcastle, but I pulled the additional material from another split of a second-long episode, or rather a spark elicited by a short exchange a couple of months ago when he told me in an equally equivocal way that I could teach him something I was working on at the moment. The spark he ignited then was short-lived, and if there was a subsequent fantasy, of which I have a vague recollection, it had neither strength nor relevance to occupy my thoughts for long. If I cared to have articulated any thoughts on a subject of the said fantasy, it would have been a defense of my resorting to fantasies as a practical and perfectly normal habit. By interchangeably placing someone into a sexual and asexual state in relation to the provisory needs of my imagination, neither one of us had to risk destroying the ephemeral beauty of the flirt in exchange for the uncertainty and trials of a real relationship, especially if one relationship had to disintegrate in favor of another. Or so I thought . . . But, at the time we both tacitly assented that in our fantasies it was permissible to breach the moral barriers of the taboos involving love, including the one that thinking about sin is a sin. As it turned out, and in my defense, I was at a greater liberty than he was to do as I pleased.

Consistent with all I knew about the fragility of a one man-one woman union, my faith in the sacredness of such a union was shaken time and again, especially because some fantasies tended to come out of the closet. And not all of them are created equal. If a pop psychologist encourages fantasies to revive stale relationships, there are rules to follow. After all, diving into the fantasies and living imaginary lives could all be part of an ongoing evolution and navigating everyday life in an increasingly virtual world. The game was on, but I reluctantly participated in it, resisting it for fear of somehow being tricked into staying in the fantasy world. Despite its appeal, the inherent insincerity of letting one’s imagination loose created a certain resentment on my end. My colleague had a girlfriend, but when he leered at me at the office door that summer evening, I thought he’d do what I’d do—start anew. Every loss is an opportunity for a new gain as he stated. Thus, those fantasies would and should rightfully transition into a reality. I was wrong there, acting like a monkey I once watched on the Discovery Channel: it got stung by something while trying to pull a nut from a crack in the trunk of a tree, but did not learn the lesson. Every time its hand went in to grab a nut a painful bite forced it back, and this repetitive action went on for longer than I cared to watch. I wondered afterward which one of the parties involved got tired of the repetition first: the cameraman or the monkey.

My colleague played a game, a well known conventional game that must be more enjoyable if one happened to have a spare partner. I thought I had a successful return to normal before that evening in the office. Our fantasies remained in the fantasy world until he blurted that the girlfriend was gone and then, leering at me, “See you in three weeks.” My well controlled —in fact,—almost forgotten past flirts with him replayed in my imagination, as if the summer reruns on TV were not satiating enough. The relativity of time is best evident when we anticipate: minutes are hours, hours are days. I had to return to work in three weeks from our unexpected encounter. The first couple of days of my, now-boring vacation went by as usual—by finishing some books I started reading long time ago, downloading songs on my iPod, but then it struck me one morning while driving to a grocery store how beautiful the perfect love was in the song “Amazed”. I immediately identified with Lonestar’s lady, grabbing my colleague who broke up with his girlfriend into yet another fantasy. This time it was unforgettable! “Smell of your skin, taste of your kiss, the way you whisper in the dark ...” I was simply melting while lying on my late-summer- sun-bathed deck, while listening and fantasizing about a perfect love.

This book is partially inspired by a legendary tale of Scheherazade in the One Thousand and One Nights. The main character, who narrates in the first person, experiences a series of disconcerting events, prompting her to question and examine her entire life; but she examine it in a larger context of a place and time in which she lives. A revelation, not in a form of cathartic acquittal of all the past fatuities but as an arduous process during which she thinks she may have found the meaning in a seemingly erratic life, set in motion all her powers, spurred memories of all the distant and recent past roles, and emerged as a discovery that the only role she unknowingly performed all her life was a role of an entertainer. She was ashamed at first since she desired a better calling, but the snapshots of her life kept reassuring her that in order to come to terms with her life, she had to accept her role. In the process of recovery, a tale of Scheherazade, in her words, aided the rescue of her self-respect.

In her first published fiction book, the author of 100 Days and One Night takes a reader to an unforgettable and, at first, not anticipated journey through her ‘never-ending conversation’ with the man she calls Sultan. With a doctoral degree in education, a published article in an educational journal, and a number of presentations at education conferences behind her, the author was always dreaming of publishing a book of fiction in which her true passion for writing in its most sincere expression would come forward. Similar to the characters in her book, the author hopes to enter a lasting union with the readers and to captivate her audience with what she hopes to be a breathtaking saga of human interactions.