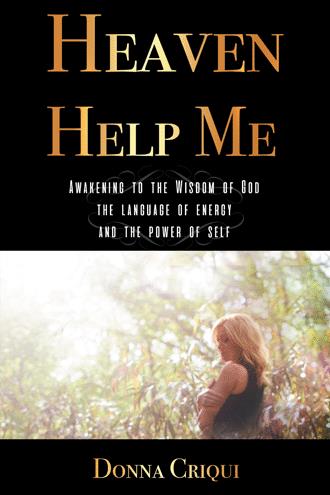 The Tumbling Trampoline This story is a bit more light hearted about asking and receiving. A little less miraculous and life changing but really brought me the awareness of being unattached to an outcome brings things quickly. The day of my mom’s open heart surgery, I came home to my girls after spending the entire day at Hershey Medical Center. It was a super windy and scary evening in the springtime and wondering if our house could withstand these winds. I was hoping my home wasn’t like the house of sticks in the Three Little Pigs. I chose my house because of the peacefulness and serenity of the country, with my backyard facing several cornfields and pastures of the surrounding farms. Very beautiful but very open with no trees to block the winds. My girls LOVED their trampoline at our home. Every day the girls and I jumped together or them with their friends. It was the kind of trampoline with the safety netting around it. This one had a really tight weave of netting with a lot of tension to catch you if you fell onto the surrounding enclosure. Another big reason I picked this home was the backyard was large enough to house our trampoline. The next morning when we got up, the winds were still very strong. I was alarmed when I heard Morgan who was getting ready for school in a panicked scream Moooooomm, help! I went running upstairs to see what she was wrong. She said the trampoline is blowing away! I couldn’t believe what I was seeing, this thing was so incredibly heavy, it was rolling like a light little tumbleweed into the field behind our home. The winds literally picked up the trampoline because of tight weave of the netting which made it like a kite and lifted it off of the ground. At one point I saw it go airborne and it got caught on the neighbors fence. It was teetering towards our neighbor's house and looked like it was being held in place in one little spot where the leg was caught on the fence. It didn’t look like it would take much to break free and fly into the house. I shouted my prayer, Jesus help us right now, protect my neighbor please put the trampoline down and keep everyone safe. I watched the trampoline as if by command settle to the ground and find a resting place right after I screamed my prayer out loud, almost as if Jesus said instantly it’s ok Donna, I am here. When the winds died down we examined the trampoline to see if we could bend it back in shape. There was no coming back from the damage, it was bent beyond repair and looked like a twisted pretzel. I had to pay a service to saw it apart and remove it for me. My girls were heartbroken and wanted another one. Well that was an expensive trampoline, and it would be a while for me to save for a new one. I decided one day to put out a request, Universe can you please send us a used trampoline that comes to my attention for under $100 that would be delivered to my house free of charge. I kind of meant it as a joke, but thought I would test my manifesting capabilities, why not put it out there. I did not give it a second thought and didn’t look for it to happen but I didn’t doubt it either. It was maybe six weeks later there was a yard sale happening in my neighborhood. I had two different neighbors say, hey did you know there is a trampoline for sale right up the street? (Knowing my girls lost theirs in the storm.) I asked where and immediately walked up the street to see if I could find it. I saw it was actually someone we knew, my daughter Morgan’s friends dad was selling their kids trampoline. It was a little older and a tad beat up, but it also had an enclosure. I asked how much he was asking he said $100. I asked if he would take $75? He said without hesitation sure! So I said to him, ok now I just have to figure out how to get it to my house, which wasn’t far maybe less than 200 yards. He said I can bring it to you!! He had a four wheeler and could hook the trampoline up to that, he said let me finish cleaning up here and I will bring it right down. So I walked home and got out my checkbook and wrote out a check for $75. Within minutes I had a trampoline delivered to my backyard. Easy peazy! I realized later that day, wait a minute…. I had completely forgotten…...I asked for this! And it was brought to my attention like I asked, I paid under $100, and it was delivered to my backyard for free. Holy Moly! Check, check and check! The thing that I observed with this manifestation was how I didn’t sweat it. I didn’t give it a second thought, I didn’t say ohhh I wonder how the trampoline would show up or obsess about it. I really honestly forgot I asked for it and was completely unattached emotionally. I saw how easily without struggle it showed up for me literally delivered to its home. The situations or outcomes I was really attached to, like finding love, money seemed to stay at bay probably because I carried fear about those topics. Keeping it out of my reach. Kind of like my desperately wanting a baby and coming at it from a “lack” feeling. And I forgot to make God a part of the equation and relax knowing He is large and in charge and I tended to be emotionally attached to the outcome. Ask…...have faith…...let it go…..stay present and connected….. and take guided or inspired action.

From a very young age Donna experienced some odd happenings, like seeing the Blessed Mother and hearing voices. During her high school years a deeper wisdom emerged within her core that was different than anything familiar from her traditional upbringing. With so many unanswered questions she began to explore the invisible world that she was told was taboo. She discovered that God does not judge and separate, rather God is love without conditions, and we humans are amazingly powerful energy beings. Donna became skilled at learning how the Universe spoke to her by observing what was showing up in her life. She shares personal stories as well as examples of how to ask and understand the answers we are receiving from the Universe. She explores her journey from old beliefs to her place of insightful knowledge today as an energy teacher and healer. Donna provides tips, exercises and ideas on how to begin to manifest and create miracles by shifting vibrational energy. She teaches us that we are truly loved and how fun life can be when we learn the truth of our power in creating our experiences.

Donna is a tremendously wise Intuitive Energy Coach and Reiki Master, International Wish teacher and more. She has spoken to and even hosted the Wish™ for a Fortune 500 Executive Strategy Meeting for top executives. Donna teaches how to align with a life you love, not just one you endure. Her passion is in inspiring others to observe the message behind the energy, the importance of oneness and letting go in faith. She teaches how powerful you are and how to get out of your own way. Donna continues as Leading International Teacher and Artist in the Beauty Industry.