Journey to the Awakened Heart 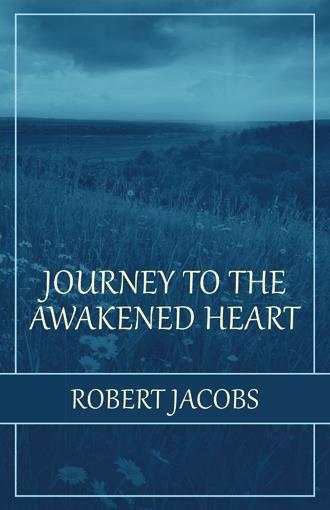 It was a cold Monday evening, December 1, 1969, during a frigid winter in Cleveland, Ohio. A large group of us had gathered around the bar of the Commodore Hotel to await the news. Over the bar was an elevated television tuned to CBS News reporting from Selective Service headquarters, where the nation’s first draft lottery was to occur. The service chief was about to dip his hand into a bowl of blue capsules that contained three hundred sixty six dates: the birthdates of the young men of America who were going to be drafted into the Vietnam War the following year. A low pick would assure being drafted immediately into the war. A higher pick offered hope that serving in a war most of us opposed could be avoided. It was 7:00 p.m. and already dark outside. The bar was packed with students, men and women, downing beer after beer in a scene of anxious gaiety. Sitting at the bar, my eyes wandered to the long front windows that faced dreary Euclid Avenue where nighttime traffic rolled steadily by. Abruptly, it was announced that the lottery had begun and all eyes turned toward the television. The first birth date was announced: September 14. I could hear an anguished cry from the back of the bar and wondered who this unfortunate fellow was. It went on and on, birthdate after birthdate, until finally mine came up—March 19—on the two-hundredth pick. I felt a remarkable sense of relief that my pick was so late. I knew that there was still no guarantee I would not be drafted if I chose to give up my student deferment; nonetheless, a psychic space began to open around me that allowed me to consider the possibility of leaving school. I was a smart Jewish kid from a good Jewish family and had been expected to become a doctor or a lawyer. My parents were from a small town in Pennsylvania and had lived through the Great Depression and World War II. My dad spent five years in the U.S. Army, serving in England and France in a capacity I was never clear about, although I asked him about it many times. I was a baby boomer, born three years after the war ended. My mother had eight miscarriages before I arrived, a hardship that even now I can barely comprehend. I once saw a photo of her taken shortly after my birth. She had the look of someone who had received a profound blessing from God. So I was special from the start; the one who survived. You might say I was spoiled, but I think more correctly that I was loved. We were a middle-class family, not poor and not wealthy. My dad had been a buyer of carpets and floor coverings for a string of department stores, moving our family around the East and Midwest until he finally found his niche in western Pennsylvania shortly before I graduated from high school. I graduated third in my class and seemed destined for success. But it was during those years that something awoke in me that made me start questioning everything. Does God really exist? If he does, why can’t I experience him? What is the purpose of human life? Why are there so few rich people and so many poor? Why are black people treated with such disdain? Why is my country bombing villagers in Vietnam? The list went on and on.

Journey to the Awakened Heart follows Robert Jacobs’ travels through Europe, Africa, and Asia in the 1970s as he evolves from a free-spirited, hippie wanderer into a sincere spiritual seeker. Fueled by his desire to become a monk, Jacobs spends fifteen years living in yoga and meditation ashrams under the guidance of his spiritual teachers. While in high school, he began questioning whether God existed and wondered what the purpose of his life was. Later in college, he experienced an emptiness at the core of his being that made his life seem meaningless. Little did he know that this emptiness was close to a deeper inner spaciousness that would leave him feeling profoundly fulfilled. In this detailed and far-reaching memoir, Jacobs shares how his extensive journey eventually brings him on a path he never imagined. He grapples with the forces of fear and of faith and sees, again and again, his experiences reflected back to him as abundance and grace. Ultimately, Jacobs’ seeking brings him to the understanding that God, guru, and self are one and that his true calling has always been to simply love and serve.

Robert Jacobs is an immigration lawyer who earned his juris doctor degree from the University of Florida Law School in 1996. He has enjoyed a life of adventures in India, Morocco, Paris, Brazil, and elsewhere. Jacobs spent fifteen years studying meditation and yoga under two renowned spiritual teachers from India before finding his true calling as a husband, father, and lawyer. Originally from Pennsylvania, he currently lives in Gainesville, Florida with his wife of more than twenty-four years.