Echoes from the Elands 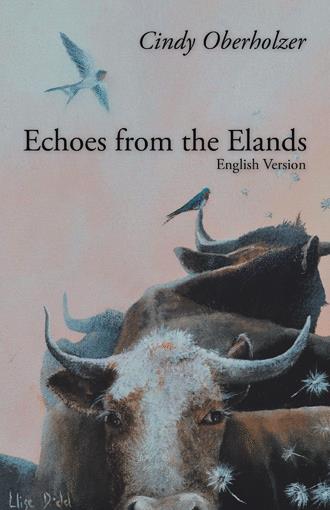 The Grape Story. Danie Ferreira The Elands River is a beautiful valley surrounded by huge mountains. On the South side is the Stinkhout Mountains, on the Northern side is the Groot Winterhoek and to the West is the Cockscomb Mountains, which form part of the Winterhoek Mountain. Only 4 x 4’s can make the steep downhills into the Shonga Valley, which forms part of the Groendal Dam. Stunning, natural, crystal clear streams, waterfalls and Yellow Wood trees, which stretch up into the sky. On the occasional weekend, this is where we would go camping, fishing and catching eels. So, you can imagine my shock when on such an occasion we came across a tent tucked away in a small valley. Along with a washing line displaying a pair of panties. I wanted to take a closer look, however my mates stopped me, so we rode on past. However those damn panties worried me. We meandered a further 6 or so kilometers deeper into the mountains till we came to our camping spot, at Buffelsgat. As the sun was setting we set up camp, fished, made a fire, braaied and caught eel. I obviously caught the biggest eel, as thick as my upper arm. On either side of Buffelsgat were sheer cliffs that extended up into the clouds. The silence consumed us. Little stones dropped off the cliff into the pond, one by one. No doubt a leopard restlessly patrolled above us, on the cliff tops. When all of a sudden, a person appeared from out of the darkness and came and stood next to me. “My Boss, the Missies from up there asks if my boss has a few cigarettes for her?” he stammered. My cigarette pack was open, which was half full. Out of sheer shock I gave him my half box, as I had another. Just as he appeared from the darkness, so did he disappear into the darkness. I did not sleep well that night thinking of this isolated world, my half a box of smokes and those damn panties on the line. The weekend was over so we packed up and began our journey home. We once again passed the washing line, this time no panties in sight. We stopped and I called out “Hello, anyone home?” To my surprise an absolutely gorgeous young women appeared from out the tent. Ah – the owner of the panties. She introduced herself and invited me into the tent. What I saw left me dumbstruck – cases and cases of grapes, packed to the ceiling of the tent. On one side between even more cases of grapes, lay a man, on a camp bed. Even at a glance one could see he was extremely sick. He was just skin and bone, his cheeks were sunken in and he could barely lift his arms or speak. She went on to tell me her husband was suffering from an incurable terminal illness and out of sheer desperation she took the advice of a friend who suggested complete calm and a diet of just grapes. She cared for him so deeply that she too only ate grapes. This way there would be no temptation to consume anything else. There was not even coffee or tea to drink, at which point I gave her the rest of my cigarettes. I wondered how would she ever get this man's body out of this isolated place on her own, when he dies. This stunningly beautiful, caring women made a huge impact on me and for years after my encounter, I found myself thinking of her and wondering what had become her. Years later, at a Farm day in the Elands River Valley, I was approached by a chubby man, who greeted me as if he knew me. I didn’t know him at all until he said “I am not sure if you remember me, but we have met before, in the mountains. I have been cured of my incurable illness.” My heart skipped a beat. His beautiful wife could not be far and I so wanted to see her. I casually asked: “So where is your wife?” His answer: “Oh, I divorced that old thing, long ago.” ------------------------------------------------------------------------------------ The Jew and the Marbles. Danie Ferreira Rose Cottage, is one of the oldest houses in the street. Some of the locals at the time were The Badenhorsts, Uncle Fred Whitehead and foreman Palmer. And the Ofsowitz’s. Jews who owned the small shop. The Ofsowitz’s family become well known amongst the community and surrounds. In Uitenhage, there was Dr Sollie Ofsowitz, a doctor and jewelery shop owner and Mike Ofsowitz, who owned the garage. Close to us was Oldman Lewies Ofsowitz, the small shop owner. As children we loved Oldman Lewies Ofsowitz, he was spectacular at marbles and we loved playing against him. We would buy the marbles from him, which were kept in a large glass bottle on the counter. He would then play against us, ultimately resulting in him playing the marbles back into the glass bottle.

Echoes from the Elands is a compilation of true short stories, poems, and historical tidbits echoed from very real folks who lived and who are still alive in Elands River Valley, South Africa. The stories span from the 1900s until today. These are stories of love, hardship, poverty, courage, kindness, humor, and humble everyday living. For the author, these are true, untainted history—history that matters.

Cindy lives, on a farm, in a unique part of South Africa, the Elands River Valley. Even though she has no previous experience in writing, she just had to record and regale the stories of the old folks in her street. She believes that these stories form part of the history that matters. Cindy is married to Adrian and they have a daughter and a son, who are now independent. She also has a great love for her cats and gardening and has notions of writing when she is retired.