Best is Temporary - Be Better 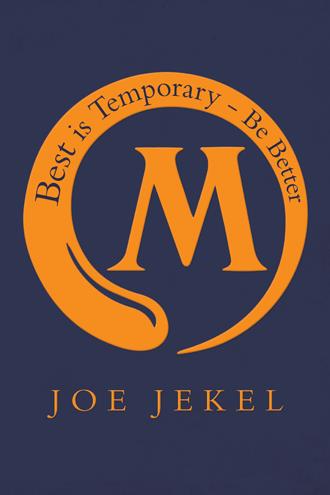 Chapter Seven – The Competence Mandate "You can be or become the best builder in the world, but without a hammer, nails, and saw, you will never be recognized for your talents alone. Choose the right tools and master them” - Madzook Joe “Mistake of negligence are about the persons capacity, mistakes of malice are indicative of the persons character” - MadzookJoe Learning from incompetent persons, or incompetent theories and practices is severely detrimental to your own self-development. It is often said that humanity learns more from a loss or from failure than it does from a victory or through success. I somewhat agree and proselytize this same construct as a subjective truth based on a specificity application worthy of more analytical depth and consideration. Alternatively, if individuals consistently seek to improve competency in themselves, the idea of a loss is reframed into an opportunity for evolution through reflective thinking. One then begins to mandate that the resources, environments, and educational influencers that they encounter are measured for competence as a requirement prior to any detailed personal participation. A method employed for competency analysis may prevent negligence or substandard engagements by proactively mitigating the potentials. Potentials that include a loss of time, equitable value, or other resource materials. A competency analysis means that something is learned without the need to lose anything. All areas of self-development will then be affected in a more positive manner by demanding competence is present. You are not required to dumb yourself down, or to tolerate incompetence, this is a fallacy and should be a priority when you examine credibility of personal acceptance from any phenomena or person. Yes, it can be a truth, and is often touted or rationalized as one, that innate or genetic influences help or hinder a person in capacity of skill development. It is simple, genetics or predetermined elements may prevent a person from becoming the best. However, there is nothing that prevents a person from becoming better! The key focus should be on how to develop competence (learned behaviors). Always seek personal competency in your endeavors. Mandate that others are competent in dealing with you. If anyone ever says to you “fake it until you make it” – turn and walk away from them immediately, because they have told you that being fake is more important than being competent. Literally some of the worst advice in the World. The World of personal development and performance enhancement will require you to develop better competence. The better advice is to “practice until you are competent”. Better competence is only learned when you engage and recognize competency levels in the instructors and concepts. Mastery instruction and regulatory mechanisms with relevancy and efficacy for specificity. Most individuals in all of humanity will not be considered the best at anything. However, do not let that translate into a desire to seek the classification of normal! What is normal? Is it the group rather than the outlier? As individuals we all seek to belong, but at what costs to our individuality? How does seeking to become normal prevent us from becoming better? This does not translate into being better than others, it means seeking to become better as an individual each day. Making measurable progress in your own growth is the important consideration. Learn, do, be. Life experiences, and academic pursuits are what make you a better individual. Becoming a better individual is not solely predetermined by DNA or innate dispositions. Becoming better is attained by personal choice, action, responsibility, and determination. Mandating competence is a personal choice, an individual action, that will take both, your responsibility, and determination.

Best is always temporary. Becoming better as an individual is possible every day. The collective of humanity only rises when the individuals within that collective take personal responsibility to become better each day. Living with a platitude such as live your best life, or do your best, historically, sets up more failed attempts than successful accomplishments. Results require action, not platitudes or soundbites. Knowledge and individual participation are critical for longevity and quality. Best is Temporary; Be Better is a guide to learning the importance of self-discovery and personal development influencers on all performance enhancement. Enhancements that create a better person. Anyone can become better each day if they participate. Learn how to ask better questions, understand proximity to greatness, control environments and set boundaries, increase communication skills, improve your health and wellness, think, do, and become by your own design. Opening your full potentiality, not another fortune cookie, or Lao Tzu quote on Instagram! Make the choice to be better every day – it is your choice to make, but you can always use a guidebook! Here it is, that guidebook that you are looking for.

Joe Jekel is an International Sport and Performance Psychology Consultant. Joe holds a formal education with an M.S. in Sport Psychology, a Post Masters Certificate in Leadership and Accountability, multiple health and fitness, martial arts, and functional training certifications. Joe has worked with professional athletes, Division I College athletes, published models, entertainers, military personal on multiple continents, police specialists, CEO’s, Entrepreneurs, and most importantly laypersons seeking to make their life better in some specific capacity or another. Madzook brand is a lifestyle philosophy born of academic and life experiential knowledge. Knowledge drawn from others and from personal experience. Self-discovery and personal development lead the way for any performance enhancement is the operable mandate as opined by Joe Jekel and the Madzook lifestyle philosophy. A philosophy to become better, individually. No fallacy accepted or prescribed!