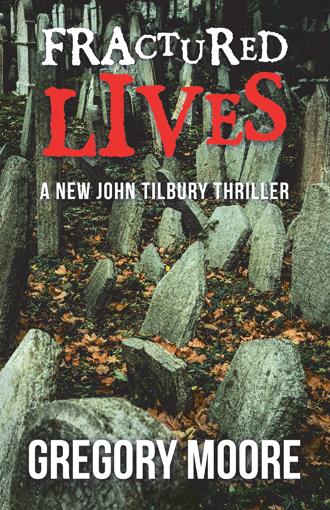 On a remote island off the northern coast of Queensland, Australia, three men sitting in a thatched-roof gazebo were eating light refreshments and sipping ice water. They were overlooking the shades of azure blue and green waters reflecting off the sparkling white sandy beach. A cool breeze drying the perspiration off their faces as they felt the moisture flowing down their backs. The private residence, owned by friends of ASIO, was secluded and basically unknown to the general public. The residence, once owned by a famous singer, often was the meeting place for very private gatherings of ASIO and other friends. “Mr. President,” asked Bob MacLeod, known as Mac, the head of ASIO, “have you heard of AXIOM.” Quietly observing the other two men, Charles Johnson, head of CIA, ate a shrimp and mayo sandwich, waiting for President William Watson of the United States to answer a loaded question, knowing the answer was, yes, he did. “No, I don’t” said Watson “Why do you need to know, Mac?” Mac, too, was taken aback by the response as he also knew the answer was yes. Mac had always regarded himself as a simple bush lad, but he knew the depth of his intellect and persuasion for action. Mac said, “Bill, I called this meeting to discuss a few delicate matters which will affect both our countries and may influence the growing tensions of developing economies.” The deep-set blue eyes of Watson were observing the frigate HMAS Brisbane, anchored just offshore, where the security teams of the three men were stationed. “Okay, Mac, what am I here for?” queried Watson, looking to Charles for support. “Mac, I’m a busy man, but as a personal friend, I came here, but for what and why all the secrecy?” Silently and on tenterhooks, Mac considered his position as the security representative of the president of Australia. He knew that Major John Tilbury was key to the problems discussed. “Bill for your information, Major Tilbury will arrive shortly and brief us on why you and Johnson are here on this island. I expect the halo to arrive any minute. However, Mac was concerned. What did Tilbury really know, and what was his role in finding the answers? Mac raised his eyebrows, stared down Johnson who did not blink, as he heard in the distance the familiar chop-chop of an approaching helicopter.

Neuroplasticity is the new paradigm of how the human brain changes itself when provided with specific signals, through the senses, that can be activated by technology increasing the brain’s thinking capability. It sounds nice in theory, but what if this technology is abused. Major John Tilbury is an ex-SAS commando who served in Afghanistan and Iraq and now counsels veterans. He is faced with the moral dilemma of neuroplasticity being used by an unscrupulous organization called OASIS for monetary gain. His main helper in the fight against covert operatives is Thomas Black, a trained assassin and friend to Tilbury. The battle they fight is one of gargantuan proportions as they go head-to-head with the CIA and Pentagon. Tilbury is caught between acting as a killing machine or supporting neuroplasticity’s positive outcomes when used with the right intentions. In this case, innocent people are in the clutches of OASIS and their dark deeds, but Tilbury’s investigation is further complicated by a sexy detective. In this world of espionage and treason, can cognitive abilities be enhanced to make a better world? Or will greed and need for power turn this experiment into nothing but a failure that ruins lives?

Gregory Moore holds a PhD in Economics and Policy and has spent the last twenty years working in the Asia/Pacific region as a consultant with coastal communities and fishery agencies. In another life, he was an educator at high schools and universities. He is married with two children and currently lives in Jakarta, Indonesia.