Horses & Humans – Our Journey Together On Planet Earth 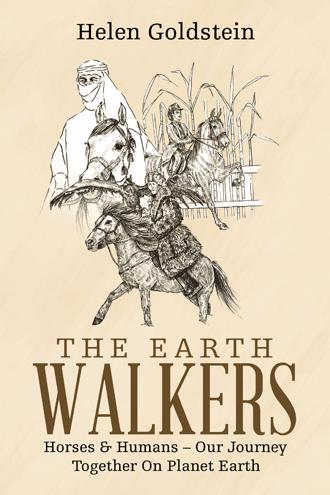 CHAPTER 11 The Morgan Horse: A horse created by peace and harmony A Quantum Moment Far back, far back in our dark soul, the horse prances. D. H. Lawrence It was in November of 2001 that I first came face to face with a Morgan horse, the result of a life changing moment that I had experienced a few months earlier at Regent’s Park Tube Station. It was at this famous underground station on the Bakerloo Line in London where the pain of the past for an instant disappeared and I experienced what I later found out was a ‘quantum moment’. Described by research psychologists Dr William Miller and Dr Janet C’de Baca in their book Quantum Change: When Epiphanies and Sudden Insights Transform Ordinary Lives ; a ‘quantum moment’ becomes a ‘quantum change’ - a “vivid, surprising, benevolent, and enduring personal transformation”. A moment of such peace, serenity and bliss that is imprinted into our every cell, the memory of which will never go away. In 2001, I was at possibly the lowest ebb in my life, at the bottom of a black hole which I thought I would never get out of. What should have been a joyous, celebratory occasion of new hope and expectation, the millennium had crashed into my life with the breakdown of my marriage and the death of my mother. Her health had deteriorated from the previous summer which we were later to discover was due to the onset of pancreatic cancer. The later months of her life saw her change from a beautiful, feisty (known to be quite outspoken at times) and determined lady to a withdrawn, frail figure that could only see death as her inevitable outcome. When she did finally leave us at 10am on 2 March I felt a loss so great that was difficult to accept. It was the autumn of 2001; I was travelling on the underground on my way back from a business meeting at our company’s actuary in Golders Green, London. Although at the time my life was seemingly a day to day existence of survival and anti-depressants I did enjoy my day trips to London. I had spent ten years in the city from the time I was twenty-two years old (1978) and they had been great times with much fun. In the Seventies and Eighties London was a place to experience, a place of expressional freedom, cash was plentiful and there was plenty to spend it on. Reminiscing about the old days, on that day in November I had travelled down on the main line from Bicester North Station to Marylebone Station and then had taken the tube. The train allowed me a time in my busy and hectic life to literally sit still for a while. It was a time I could indulge myself in a good book uninterrupted by the other things I had to do. I also could gaze out of the window and watch the world go by. On my return, stopping at Regents Park Station I noticed a poster displayed on the wall; I think it was advertising a film. On the poster was a most beautiful, pristine, white horse, the perfect horse of my childhood fantastical world. With its long flowing mane and tail and shimmering white coat those few seconds revoked a passion that had been lost inside me; it was there and then that I decided to buy a horse. I had no realisation at that point that this quantum moment in time would change my life forever. It was over thirty years since I had relinquished my jodhpurs for a typical teenage life of discos, boys and boring school work but the connection to the horse was still there, deep inside every cell. I recalled with a smile the joy, the excitement, the freedom and the laughter I had experienced as a child when I was with horses. I could still vividly feel their velvet noses, the heat from their bodies as I warmed my hands in their deep fur on a frosty morning, their comforting smell and the thrill of galloping wildly across an open field. Described by some as a tingling shower running inside you, to others as angel bumps, just the thought of having my own horse once again in my life imprinted my soul like an excited child on Christmas morning. I returned home with hope.

The Earth Walkers is a story of the relationship of horses, humans, and planet earth. It is a simple story that over time we, as humans, have complicated. Once, all three lived in harmony, but humans viewed this as primitive, savage, or wild. And so we began to make our existence together more civilized. In our interference, we began to lose respect for our planet and all that lived upon it, including ourselves. One of the three, though, remained steadfast throughout the story. Horses, except in their physical appearance, have neither changed nor tried to change anything, just being themselves, constantly at our sides. Tracing the story of the relationship from the beginning of time, the unique bond between humans and horses is explored through different civilizations and cultures up to present day. It tracks the journey of the two species and the effect they had on earth as they walked around it. It also tells the story of how—when in times of disruption, chaos, and imbalance—earth has spoken to us, giving us signs; and horses have always been there, guiding us to a path back home. It is a path to a home on earth where all can live in harmony and at peace—a path that we will hopefully choose to walk together once again.

Helen Goldstein was born in Hendon, London in 1956. Her early childhood was spent in Sheffield, Yorkshire. As a child she had two ambitions; to help horses and to save the world. Although she has had several occupations in many different locations around England, these two still remain a priority. Currently she lives in Northamptonshire.