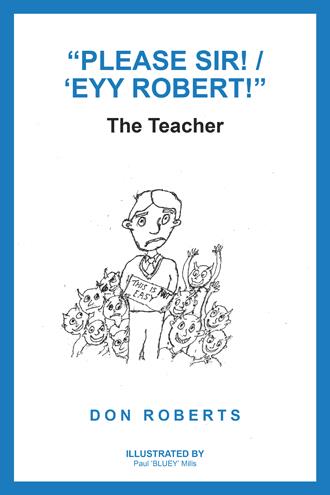 The book begins with an amusing account of the antics of a small boy who started school in 1939. In later years, when he became a student teacher at the school he himself had attended, his old sports master, with whom he enjoyed a mutual respect, told him that his name had been regarded by all his other teachers as a teacher swear word. Attending a one-teacher school in the bush when he was eight was such a revelation that he decided to be a teacher and, from observation of what he liked and disliked, gradually formulated how he would teach. While student teaching at that same school, he began formalizing those ideas, which he continued to modify over years of teaching. He presents this philosophy in his book, detailing the experiences that originally brought about his decisions, and how he used these teaching principles in many testing teaching situations in farming communities, large towns, and on a Pacific island. Expressed with sincerity and a gentle humor, the book presents, in story form, a philosophy that is sound and provides much food for thought for present-day teachers, teachers in training, and any parents who are interested in their children’s education.

Don Roberts was a dedicated teacher. Despite being regarded as a problem child during his own schooldays, at the tender age of eight, he made an irrevocable decision to become a teacher. At his city school schoolwork proved to be far too easy, thus boring, so he applied his endless energy to mischief and sport. Three months spent in a one-teacher school when eight years of age, proved to be a revelation. He enjoyed the daily fun, loved the challenge of progressing at his own rate, and gained pleasure from helping other children, which was both allowed and encouraged. Not only did he decide then to be a teacher, he began to plan how he would teach through observation of what he liked about his uncle at the one-teacher school, and his sports master, his boyhood hero. As a student teacher, aged sixteen, he formalized his teaching philosophy, modifying a little through teaching experiences throughout his career.