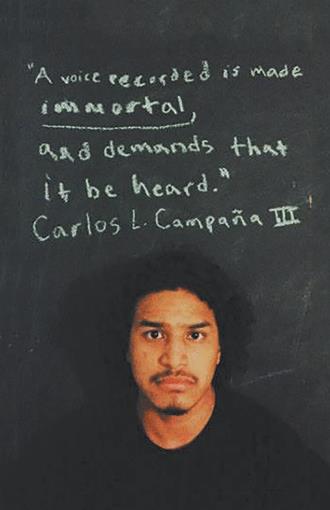 Thoughts: August 24th, 2013 I am a living breathing man, standing on one side of a fence with planks broken off of it. The broken planks leave an open block in the fence that serves as a wide open window. On the other side of this fence, are tombstones, the final physical symbol of one's having lived. I am 20 years old and here I stand looking onto lives already passed. I feel reverence for the people who are now simply represented by etched concrete, and the lives they lived. It is in all honesty, a beautiful scene. Around these tombstones grows vibrant green grass, healthy trees, and moss hangs off of their branches. Everything in this scene presents to the onlooker, life. Life, change, and growth persist time and time again. Nature seems to say to me, "This was once here for them, and now my son, it is here for you." I do not feel fear at all to look upon death, but respect for the effort that is human life, the effort that was made by each buried individual whether they died at a tragically young age, or lived a long life and died as a wise and elderly human being. I get emotional as I look at the tombstones because it's as if these dear and departed souls are telling me, "We lived so that you may now live." Life for me is a constant opportunity to grow oneself mentally, spiritually, and emotionally. I do not know these people's characters, passions, or names for that matter, but it occurs to me that they did their work, performed their daily chores, and raised their children to pass possession of the Earth to future generations. I laid my eyes on a tombstone with the engraving: EDDIE BROOM 1884-1953 Weep not for he is at rest I was amazed at the fact that this man was born in the 1800's. This man lived and died that I may live. So that my children, and my grandchildren may live. It's moving to know that each generation toils on the Earth to be able to hand it off to the next generation. I imagine Eddie Broom may have lived and felt at my age in 1904, as I do now in the year 2013. He also was learning to become a man and either find his place, or make his place, in which case I choose to do the latter. He dealt with securing an income, with love, with loving his family and his friends. He stood also at the peak of the mountain of life and looked out at the horizon where which he knew lied the end, and pondered or hoped for how it might be when he reached it. It's fascinating to me that Eddie and I could almost be one in the same. Men of flesh and bone traversing the Earth in search of our purpose or looking to fulfill it. Eddie has been dead 60 years now, and I can relate to him when he lived in the year 1904 a century after that year came and went. If I were to stand beside 20 year old Eddie, and we removed the apparel of our times, all that would remain is the flesh of a man. A man's flesh doesn't indicate the time in which he lives, in fact, it clearly indicates that we are merely experiencing what has been experienced and felt, but in a unique way in a new time. Seeing the cemetery plot did not scare me in any way or disturb me as it may have done in the past. In fact it felt warm to me. Not in the sense that I belong there with the dead, but in the sense that I felt that these people had lived for me. They had lived and died, they had walked the Earth and laid their homes on its Foundations, they had slept and awoken to see and hear the same Earth that I see and hear, and I found it to be a beautiful moment in time. I did not get a sense that I owed homage to any of these people, but rather that they, with their tombstones were paying homage to me, to show me that what had happened in their lives was to my true benefit and they were pleased it was so. These souls did not require homage of me, but I chose to give it for the love and respect I felt for them having lived and entrusting this world to me that I may also someday entrust the world to others when it comes time for me to experience my last dawn. "Heaven, heaven's bodies Whirl around me, Make me wonder And they say back then our universe was an endless land Until our ancestors woke up And before they went back to sleep They carved it up into the world we know" - Bjork, Cosmogyny

Immortal is a young man’s journey from boyhood to manhood and his attempt to find his place in a world he has not yet come to understand. He has to confront the stark reality of life head first, and this is his experience as shared from the depths of his heart. All young people find themselves looking at the world around them and trying to understand it, and this is a young man’s record of his journey expressed with love, vulnerability, humility, and hope. It was written not only for his own reflection but also for insight for generations to come.

To see the world is to see oneself. With engaging vignettes spanning confessional and poeting to travel-writing styel, Carlos Campana invites the reader to ride the current of perspectives woven into a captivating self-portrait.
I'm in full cheerleader mode for your variation of lenses between entries...it reads in many places as brush strokes carefully selected for a blank palette, as if someone would select their attire based on the weather.
Your abstract language paired with journaling-meets-stream of conscious is very effective, and your weilding of rich imagery really shines, for example, in the travel piece dated Nov. 2013.

Preliminary praise for now! Congratulations on this triumph!

Dealing with the angst of maturation seems inescapable. Instead of escape however, Mr. Campana runs full speed into the melee, with an open mind and an open heart. He pushes past curiosity into pursuit, riding on the current of Divine purpose and personal discovery. In this work, he asks tough questions with ambition and an admixture of humility, seeking wise counsel from great minds. Musing on thinkers from Emerson thru Marley, all the way to Jesus, Carlos has produced a captivating work about Life, Love and finding One's way.

Carlos Campana III was born in Plantation, FL and spent his childhood in the Ft. Lauderdale area and his teenage years in West Palm Beach, FL. He attended Alexander W. Dreyfoos Jr. School of the Arts for high school where he was taught in the areas of creative writing, filmmaking, and photography. He recently graduated from Florida State University with a Bachelor's degree in Philosophy and is currently writing, and pursuing a career in production. Immortal is his first book and he hopes that through this book and his other writing that he will be able to have a positive impact on the world for future generations.