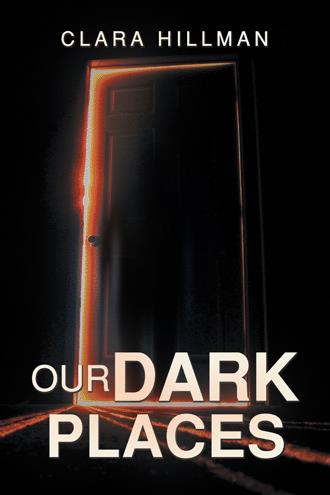 Incredibly, with that terrible headache, I never went back to sleep so fast. It seemed as though I was on that bed only a short time, and I swiftly dosed off into a deep, soothing sleep. But, was I dreaming?
It was now thirty-eight years, and this man and I shared so many vicissitudes on our roller coaster journeys. Sadly, in a twisted way, many of them were exciting times that I cherished and never wanted to forget.
Meanwhile, on that particular day, Father Time seemed to play a weird game on me. It rushed passed my bedroom windows and flaunted shadows of the minute hand and those long hours gone by. It ran faster and faster with each tormenting second, until finally, it escaped out of sight.
Several times, I got up from my tear-drenched pillows and exhaustively forced positive thoughts from my tired brain. Therefore, I gazed out my living room window, and breathe softly, “One last time.” I had hoped that one last time would will him in my direction. Although I did not want to believe it, I had already seen his handwritings carved on my windowpane, “I won’t be coming today, and I won’t ever be back to stay.” Can you even say my name?
Unfortunately, false hope caused my faith to waver. Doubts and despair now smothered my mind. They overwhelmed me in confusion and disbelief. They tried to drain the last bit of life out of my frail, tired, disappointed body. They stared me dead in my face and laughed hysterically at my vaporized dreams. And now, that perfect day with my prince would never happen.
Incredibly, with all those odds working against me, I still did not panic! I managed to remain cool, calm and collected in the face of adversity; and I kept a leveled head.
Instantly, my mind drifted off to those happier times with him. Therefore, I felt safe in our little twisted world. Not even disappointments could touch me there. I repeated out loud positive words in the atmosphere, “Surely David will come to see me on Mother’s Day, he promised me! Surely, he will come to see the mother of his three wonderful, talented children! Surely, he won’t forget about thirty-eight years of blissful matrimony.”
I rehearsed those things that kept us together during those doubtful years.
“He won’t forget about those triumphs that gave us courage to move forward, those defeats that reminded us never to give up, those ups that sent us to the sky and gave us a better view, those downs that gave us more gravity and stability, those twists and turns that gave us direction and purpose, those sadness that made us cry together, those joys that came after sorrows, those good times that we will forever cherish, those bad times that taught us patience and virtue, those easy times that gave us a short break from worries, and those hard times that made us survivors.” Whew! What awesome accomplishments!
Moreover, I said, “We had many trying experiences that enabled us to become stronger and win those marital battles, and we had so many magical moments in-between in the bedroom that we can never forget! Unfortunately, we lost many battles, yet, we also won many during those thirty-eight trying years. In the end, we will win the war!”
Sadly though, after all those things we had been through together, at that moment, a little doubt crept in and challenged me with frustration and anger. Those two would approach me for a showdown in the coming years.
In the meantime, the sun had hidden itself from view, and the evening gave birth to darkness. Gray shadows of doubts and despair suddenly appeared. Even though I promised myself I would not peep out my windows again, I hurried to my front room and glanced out one more time. I closed my eyes and counted to one hundred hoping that when I finished, he would make his pivotal arrival.
Furthermore, I checked my text messages for the twentieth time, and I even checked to see whether he had already parked on the east side of our home. “He could be there sitting, and waiting for me to hurry outside to greet him,” I imagined. That was just wishful thinking, but I still held on to that tiny glimmer of hope.
Late that evening, in my lonely hours, my hopes and dreams turned to hate. I tried to rationalize all those foolish, chaotic stuff that went on in that man’s twisted brain. He always carried me on the wrong paths, and he never looked back to make sure I was okay.
And now, it was Mother’s Day, and he didn’t show up. What in the world was so important that he couldn’t keep that date with his wonderful wife? It was paramount that he kept that date because it would reaffirm that I was a great mother to our children. Unfortunately, all of those crazy thoughts and questions kept invading my privacy. “He will call me shortly and let me know he’s on his way. It’s a brief delay. Besides, it has been only two hours. He’ll soon show up.”

In life, have we ever been catapulted to a comfortable stratosphere? And suddenly, one day, we can’t believe we’ve been dropped in the middle of nowhere. That is what happened in the complex lives of the two main characters, Pastor David Wyan and his wife, Debora Wyan. The unimaginable lurked around every corner, waiting to trip them up and totally destroy them. Incredible demands were forced in their lives. How did they manage to stay sane in their little Christian community? Buried beneath these pages, there is an army of hidden, dark secrets. Some of them leave our thoughts and imaginations at the edge of steep, rocky cliffs. And other secrets drive us to a place of stolen identity. Nevertheless, whenever we love something, we fight incredibly hard to take back our control and what is rightfully ours. This story is provocative, alluring, riveting, heart-wrenching, and enthralling.

Clara Hillman was born to sharecroppers in Summerville, South Carolina. They had eighteen children, but four of them passed away. As a small child, she spent many grueling years in those large cotton & tobacco fields on their farm. She also failed the first year in the First Grade. However, those bad experiences fueled her passion to become a great writer. Along her journey, she wrote and published three outstanding newsletters. She wrote and mailed out over 1400 newsletters to nonprofit organizations, City offices, neighborhood associations and Community Development Corporations (CDCs) She also produced, edited and distributed a newsletter for another small community outreach center. She shared her expertise and produced a newsletter for a Baptist church district. Clara is an Evangelist and ex-pastor’s wife. She has six talented children. And, out of eighteen siblings born to the same parents, her ninety-four-year-old mother is still alive and has fourteen successful children. Almost five years ago while she lived in Kentucky, she heard a clear and precise voice from God. It told her to leave that place because HE had a great assignment for her. She moved with haste, and went to South Carolina to take care her mother who suffers with Alzheimer’s Disease. You can reach her at 803-464-4476, and her email is: v.jr76462613@sbcglobal.net