Becoming a Man in the Twenty-First Century 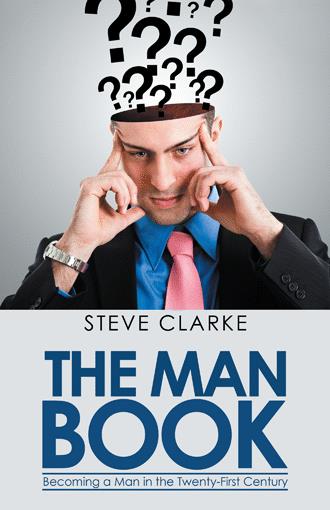 Myths vs. Realities Women Are from Venus When he is chatting with the ‘guys’ at a bar, Bart says things like, “Women are stupid” and “Women only want a man for protection and provisioning” or “I do not want a relationship, I want sex without strings.” When Bart wants sex, however, he will chase these ‘stupid’ women for all he is worth. The fundamental contradiction in what he says and what he does is striking. Myths: Women are from Venus; women are all the same; women only want a man for the resources he can provide; women are never satisfied; it’s impossible to understand a woman; women are irrational; women only give sex in order to get love, and it is bad sex. Reality: These are all myths. Women behave the way they do because they are women. Let them be women and delight in their amazing complexity and their fascinating differences. Women will be delighted to let you be a Man, once you become one. Treat a woman like a Goddess and she will become one (hint: she may already be a Goddess but she will not behave like one until you treat her like one). Men Are from Mars A man will lurch from one meaningless relationship to another, and blame his woman when things go wrong: she always did ‘this,’ she never did ‘that,’ she was ‘crazy’. It is never his fault the relationship failed. If you are a man, and you marry a woman who is struggling with her own confusion, the marriage will not last or it will become unsatisfying. However, escape can be hard especially if children make it emotionally, culturally, and economically difficult to walk away. If you do figure a way out, you may find yourself with no partner, no house, and child support payments. Reality: What many men often do after a failed marriage is repeat the sorry saga. Reality: The idea that men and women are from different planets is preposterous, but the title sure sold a lot of books. Men and women are not the same, but you would not want them to be the same; savor the differences. Validation by Sex As early as your teenage boyhood, your hormones drove you to desire women. You learned (from your peers, the media, society and, if you were lucky, your parents) to pursue women for sex. By now, you have realized that sometimes when you have sex, all you gain is momentary pleasure because empty sex in a meaningless relationship means fleeting pleasure… at best. If you later conclude that, ‘She was no good in bed,’ join the throng of men who blame their partner when sex leaves them feeling blah. The next thing you will do is jump to the conclusion that if you could only find a woman who knew how to satisfy you, everything would be fine. Myth: All you need to make sex feel wonderful, even magical, is the right woman. Reality: You cannot validate yourself using sex or a woman. You are a Man because of who you are not because a woman sprinkles fairy dust on you. Reality: If you think sex will make you a Man, you are going backwards in your quest to become a Man. Reality: If a woman recognizes your Confusion and chooses to stay with you anyway, beware! She probably thinks she can fix you; and just like that you become a Project. I have no idea what women want from me. Ask yourself if you have ever heard these words in your head: I cannot do anything right. I have no idea how to please a woman. I never know whether to help a woman or not. When I do, they get angry; when I don’t, they get angry. If you feel this way, you are not alone. Most men have thought such things at some point. In your efforts to figure out what your woman wants, you have probably tried all kinds of things to see if something will work. The problem then is that you appear to be unsure of yourself and unsure men are not appealing to women. Myth: You are an idiot if you cannot figure out what your woman wants. Reality: You can deliver what your woman wants, even if she cannot tell you what it is. She wants you. Not 98% of you and definitely not the man who is thinking about another place, another time, or another woman! Reality: If you are a man, especially if you are making no effort to grow, improve, or become a Man, your woman will soon tire of you. Women have all the power these days. Companies have female senior executives and women hold many other leadership roles. Certain career paths that were once exclusively male, are now populated by highly educated and powerful women. Many business school, medical school and law school graduates are now female. We have had women of cabinet rank in government for decades. Women are making inroads in occupations and roles formerly dominated by males. Myth: Women have all the power these days. Reality: Most politicians, corporate ‘suits’, investment bankers, lawyers, and other highly compensated people are male. This imbalance is even true in the performing arts (e.g., theatre, film, music) where men, on average enjoy longer careers and earn more per show than women. So, forget the idea that women have all the power. Myth: When women are stronger, men are weaker. Reality: As a Man, you know who you are so none of this male-female tension matters to you. You know that your woman is capable, and you admire her for her abilities. What your woman is capable of (or actually does) in no way diminishes you. When you let go of your need to make her less so you can feel more (a fruitless battle if ever there was one), your Confusion will begin to evaporate.

If you’re an authentic, resilient, centered adult male who knows who he is and where he is going, congratulations. You are probably already a Man (with a capital M)!

But if you’re under age fifty, there’s a good chance that you’re lost and feel pushed around. Wracked by doubt (especially in regard to women), you may not know what to do unless someone pushes you—and even then, you may resent the push.

To discover whether you are a Man start by asking:
- Am I happy with who I am and where I am going?
- Do I know where I am going and how to get there?
- Am I standing in my power as a Man in my relationships?
- Am I realizing my full social, intellectual, and sexual potential?

This book puts into words what it means to be a Man. It’s not prescriptive, nebulous, or scientific. It’s not so technical that you will be unable to decipher its meaning. It highlights the skills, qualities, and traits of a Man and does so in plain English.

Shake off self-doubt, stop blaming others for problems, and become the Man you’re meant to be with The Man Book.

Steve Clarke is a former pilot in the British Royal Air Force with a degree focused on the interplay of psychology and economics in a business environment. He has led and inspired teams of talented men and women to exceed their expectations for many years.