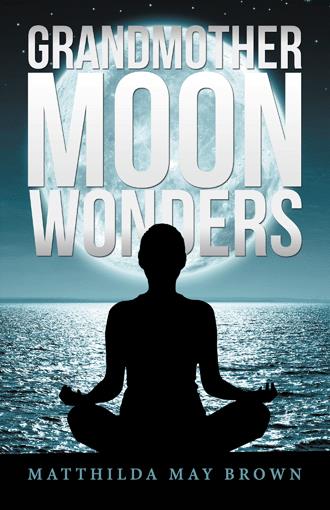 It’s been said that if wishes were fishes we’d all be casting nets in the sea; so I wondered ... if feathers were fantasies, would we be able to fly if only we could dream enough? What if leaves were lovers – green, red and brown - would new ones appear each springtime and old loves change and die every autumn? Would there always be loves that endured until fire turned them to ash or wind ripped them from us? If pebbles were poetry would we be so eager to skim them across water until they sank from sight or kick them mindlessly or in frustration along a path? If twigs were tales that fell from trees, would we gather them like treasures or crush them underfoot? If sticks were stories, would we be so keen to burn them in fires? And if a stick could tell a magical story how would it be told? This is how...GM THE MESSAGE STICK Ningrapo’s grandfather was dead. The tribe collected wood for his funeral pyre and the red talcum earth was silky soft under their measured steps. Grandfather’s spirit moved among them, lifting curly black hair from sweaty necks and blowing softly on tear-drenched cheeks. His body, painted for the journey beyond the rainbow, lay high on the litter. He had one eye open to make sure they did a good job. The tribe placed their sticks with sad reverence to their great chief, until they were satisfied that the wood would be enough to burn for more than a day. From sunset to sunset the pyre must burn, to light Grandfather’s path. His spirit whispered in Ningrapo’s ear. “Listen my boy, listen well.” Ningrapo’s mother brought a glowing stick from the cooking fire and prodded dry leaves to ignite. Soon the pyre roared and crackled. Flames reached up to take Grandfather’s body and his spirit cried out to the young man before he began his journey. “Ningrapo! Listen! You must answer this question and change the thinking of the world!” “Ningrapo! Does the wood need the flame? Without it the fire is useless. But with it, the wood is destroyed.” The young man so loved his grandfather that he felt the words like grass feels sunshine, and the warmth of that light roused his mind and stirred his chest. “Does a body need a soul? Without it the body is useless. But with it...?” The answer to this is your quest Ningrapo. Make your ancestors proud!” .......... Gathering rugs from his lodge he walked into the desert to sleep. Tonight, perhaps his spirit would meet with Grandfather’s and he would explain what must be done. The cold, helped in by Ningrapo’s sorrow, settled quickly into his bones. He made a small fire to keep wild dogs away then wrapped himself in the fur skin rugs. He thanked the jaguar and wolf for giving him their coats and offered prayers for their journeys too, then prepared for a journey of his own to the otherworld.

This collection of stories travels forward into the future and way back into the past. The characters may be Irish, Indian, or Atlantean; Native American, African, or Australian. They might remind you of your neighbour, a friend, or a family member. You might even find a part of yourself in some of them. Certainly you will be aroused to ask questions of your own journey. All these stories except the first experience death in some way. This is not to be morbid, but to reveal the magic in endings. From endings come new beginnings—if we let them. The last story shows the wonder of letting go in readiness to be emptied. Only when we are emptied can we be filled.

Matthilda has been teaching Yoga, Meditation and Personal Growth Workshops for 40 years and was a Zen Shiatsu Practitioner for more than 20 years. Her university studies include Philosophy, Psychology, Human BioScience, Earth Sciences, Health and Nutrition, plus Creative Writing. Matti’s path is one of ‘The Awakener’, helping to raise conscious awareness through ‘swadhaya’, the yogic principal of self-awareness. She now lives on NSW south coast with her husband Terry, where she continues to volunteer as a teacher of Primary school Ethics and Yoga and Workshops for the University of the Third Age.