The Chains of Incestuous Slavery (The Physical Effects) 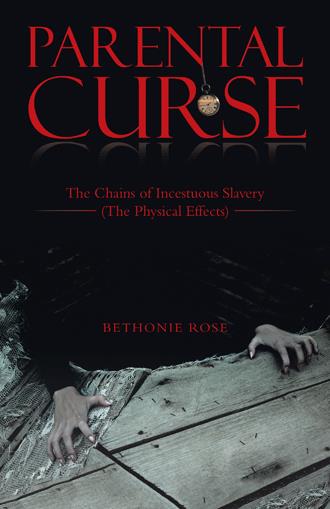 Sitting there and staring at my father, whom at this point was pissed off and trying every thing to not have to talk and deal with this problem, for which he had had a hand in creating. I said to him "In my eyes he had raped and sexually abused me and your inability to do anything about it, to me, is saying you are condoning his abuse of me and saying that it was ok what he did to ME." I reflect even now how calmly I said this to a man who used his angry gruff way with me, to control and keep me in line and as usual, do nothing! He was angry and being confronted with the prospect of having to handle something for which tugged on his own immoral fibre, he just did not wish to do. "What can I do, about this now?" He said in a high pitched voice of non-responsibility. As he glared at me from across the patio outside where we had been sitting, in a tone which said, how dare you ask this of me? Clearly angry at his inability to control the situation any longer and keep me in my place (of shut up say nothing and put up with any crappy behaviour we your family choose to deal out to you). The words rolled off my tongue so calmly and accurately it stunned even me. I had practiced this scenario like this for many years as I ranted around my house practicing saying something of like manner. In a hope that this situation would arise and be dealt with and the energy which was locked in my second charka would come up and out so I could live a balanced un tormented life and finally find contentment and love. As the words fell with such accuracy I could see they had hit the intended target and penetrated deep, as the reaction which followed was one of silence. The wind and power had finally been taken from my father's sails as they visually lay limp in the impending calm before the storm. I can still hear the words rolling from my mouth in perfect synchronicity. Like a ballerina whom had practiced for years to perfect a flawless move, and had finely succeeded the dance of perfection. "You, being head of the house hold, YOU need to tell him to apologise to me for what he did to me and let him know that it was not acceptable behaviour in a family,that's what I want!" I said it calmly and matter of fact as though I knew for once in my life exactly what I wanted to say and to whom it should be said and where the blame for this bullshit life I had been dealt should lie. Delivering the speech that had been dwelling in my psyche - confussed, jumbled and fragments of what I wanted to say finally came together in an explosion of eloquent delivery. The silence was deafening as I slowly rose from my seat and bid them good bye leaving them with their thoughts which by now were swirling around their minds and not mind. I left them, my mother sobbing as the avalanche of blame and guilt was transferred from my shoulder to theirs, and the weight of years had finally lifted. An incredible sense of achievement had developed in me as though a scene in a movie which I had practice for years finally got played. Cut, end of scene one.

As a small child, you learn to accept whatever treatment is dished out to you. That was how it was for Bethonie Rose, who only started to question the way she was brought up when it was too late. In this memoir, she recalls walking away from her family after coming to terms with its sexual enslavement of female members. One of her most important realizations was that predators—be they parents, siblings or caregivers—all tell you that you are so important to them, but the bottom line is how they feel is what’s most important. Therefore, they keep trying to guide you to make them feel good, which results in you feeling shattered. With heart-breaking honesty, the author reveals how her brother sexually abused her while her parents looked the other way to maintain the illusion of being an upstanding family. Join the author on a journey of self-discovery that exposes the dark nature of sexual abuse and leaves her questioning all she was taught.

Bethonie Rose is a naturopathic doctor and certified nutritional consultant specializing in food allergies and behavioral problems. She has had her own practice for many years helping with mind, body, and soul. She is also a qualified flower essence practitioner, qualified in remedial massage and body work, and is an experienced iridologist.