Essays on Consciousness: Towards a New Paradigm 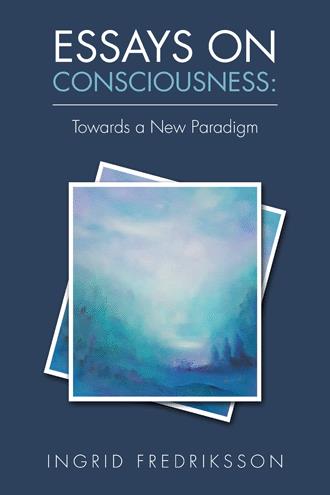 He asks “Where is the mind?” and “If there were no people and no animals, would there be minds?” Animals also have telepathic abilities; dogs and cats know when the owner is coming home. In Los Angeles and Santa Cruz Cruz fifty percent of all dogs, if not more, know when their owners are coming home. Rupert Sheldrake also talks about the Morphic fields, the organizing fields. Olle Johansson writes about some more dangerous effects. Do not believe that mobile phones, wireless internet and so on are safe! They interfere with normal brain function, learning and memory, fertility and cancer risks and have been shown to shatter the DNA in cells. All of this can be found in peer review-based scientific journals, but up to now have not been in the public domain and very few will tell you about it. Very few will try to protect you and very few want to speak the truth. Attila Grandpierre writes about the Absolute, the ultimate fix point of the world, the self-existing entity on which we can stand our footing firmly. To reach that aim we consider the relevant achivements of the last millenia in the light of the enlarged, postmodern science that preserves all the power of physics yet generalizes it to take into account the own laws of life and consciousness. In our search we are led to recognize the essentially complete view of the Universe consisting from three levels of reality: phenomena, laws and first principles. We have found three first principles of the Universe, that of matter, life and consciousness. Anita Westlund has found the holy numbers on our Earth. She writes about the numbers ever repeated are 144, 233 and 377, the same as manifested in the ancient Cheops pyramid. This is hardly not believable if not viewing the missing fact of chakra effecting us, involved in the Fibonacci number of 377. How is it going and why, asks Anita Westlund. She also talks about sounds. We need music to feel well. Alexander J. Graur writes about Music and Consciousness. Like Music, Consciousness is a complex phenomenon. Let’s consider a perfectly cut diamond. How could we define it? Is it a stone? Certainly. Is it made by carbon? Mostly. Does it have any practical value? The evaluation depends on where you look, what you are looking for, what are you looking to, under what type of light (artificial or natural), why are you looking for, what you intend to do with it, and so on. I do not believe we will ever have a comprehensive definition of the consciousness. But the quest itself is a proof that consciousness exists. Klaus Stüben writes about The open door to realize limitless consciousness and The dilemma of science investigating consciousness. “What if consciousness is not something inside us, like a force that we have and need to wake up and use, rather something that we are a part of. What if there is nothing else but consciousness, no matter what is showing up at any moment. What if we are also only showing up in that consciousness as a product of consciousness – showing up in whatever form, whatever feeling, whatever emotion and sensation. The Origin and History of the Human Mind by Carl Johan Calleman is about the nature of consciousness and the relationship between consciousness and matter. It have been discussed for a very long time. In this debate, there has been two conflicting schools of thought; the materialist and the idealist. The materialists have held the viewpoint that everything that exists is fundamentally matter and that the workings of the human mind can be understood from chemico-biological processes in the brain. Eve Isham is a young experimental psychologist. She says: I must emphasize the two adjectives “young” and “experimental.” Young – meaning I am only starting out in my career and I am still sorting things out in my head. But this also means that I am open to new ideas instead of being married to a theory that desperately begs for a re-evaluation. “Experimental” reflects my scientific training and my appreciation for the value of careful experimental designs. I value conservative conclusions and scientific approaches that require the exhausting of all possibilities before claiming causation over correlation. Having said that, here is my story about how my graduate advisor, Bill Banks, and I tried to save free will. Gerard J.F. Blommestijn have been on “every” conference about consciousness. He writes about the quantum mechanical description of nature. In the quantum mechanical description of nature one distinguishes two quite different processes: 1) the completely deterministic evolution of the wave function in the absence of measurements, and 2) the measurement process itself, during which the wave function reduces in a fundamentally unpredictable way to one of its components corresponding to one of the possible values of the measured observable. There are reasons to suspect that this quantum mechanical indeterminacy plays a role in the brain processes that are related to consciousness. In this article a theory is presented on the function of quantum mechanical wave function reduction in relation to consciousness. Ingrid Fredriksson asks if consciousness influence our epigenetics and can epigenetics influence our consciousness? Epigenetics is a mechanism for regulating gene activity independent of DNA sequence that determines which genes are turned on or off: in a particular cell type, in a different disease states or in response to a physiological or even psychological stimulus. Of late, the discoveries surrounding the epigenome have caused a revolution in the field of biology now being able to prove a connection between the epigenome and certain illnesses, including aging. Richard L. Amoroso writes about Millennial Science, The Imminent Age of Discovery’s ‘Conscious’ Technologies. A new ‘Age of Discovery’ inclusive of the ‘Physics of the Observer’ (nature of awareness) – discovery of the mind or consciousness is pragmatically imminent. A comprehensive noetic theory only awaits completion of empirical tests that like the discovery of electricity leads to a plethora of technologies – ‘Conscious’ technologies.

Essays on Consciousness: Towards a New Paradigm is Ingrid Fredriksson´s third book on consciousness and includzes famous coauthors from all over the world—Deepak Chopra´s coauthor Menas C. Kafatos on The Mysteries of Consciousness, as well as Elizabeth A. Raucher, Russell Targ, and Dr. Amit Goswami, to name a few. Olle Johansson, PhD (Sweden), writes in this book about understanding adverse health effects of artificial electromagnetic fields. Is rocket science needed or just common sense? This is a very important question these days. Eve Isham will talk on “Save Free Will from Science,” and Rupert Sheldrake, PhD (England), will talk on “The Extended Mind.” “Millennial Science,” “The Imminent Age of Discovery’s Conscious Technologies” is Richard L. Amoro´s. These are interesting chapters in this book. Carl Johan Calleman, PhD (Mexico), writes about “The Origin and History of the Human Mind,” and Attila Grandpierre, PhD (Hungary), writes “All Is One: The One, the Universe, and Consciousness.” Gerard J. F. Blommestijn, PhD (Netherlands), has “A Theory on the Relation between Quantum Mechanical Reduction Process and Consciousness.” “Direct Experience: The Open Door to Realize Limitless Consciousness” is Klaus Stüben’s, PhD (Germany), interesting chapter. Anita Westlund has “Finding of a Big Chakra Involving the Cheops Pyramid of Giza.” It is built on the Fibonacci series of holy numbers. It is a circle quadrature in the very soil matter of the globe. “Music and Consciousness” is Alexander Graur´s fabulous chapter, and “Can Consciousness Influence Our Epigenetics and Can Epigenetic Influence Our Consciousness” is Ingrid Fredriksson´s part on our day’s new paradigm. The book is fascinating, highly educational, and informative—a must-have!

Ingrid Fredriksson is the author of several books in English on the power and complexities of thought and our consciousness.