Diet: A Prescribed Way of Life

Reflections on the Art of Nutrition 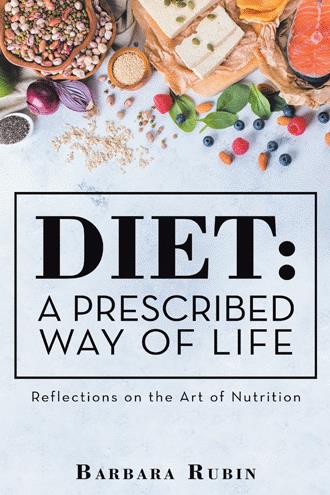 It’s harder to crack a prejudice than an atom.
—Albert Einstein

It seems nothing can make you feel so powerless as fighting against stereotypes and those aspects of reality that originally came about as temporary, provisional solutions. The former have been present in the social consciousness for such a long time and have become so ingrained that nobody goes to the effort to verify these oversimplified and often false convictions. Meanwhile, the latter eventually go from being temporary to daily necessities.

This thought first came to me when I began writing this chapter on fats. I recalled my close friend’s wedding reception, where, because of the large number of foreign guests, they decided to have not only a long banquet table for all the guests but also several other tables with national buffets, so that those from other countries wouldn’t go hungry.

To introduce outsiders to Polish cuisine, our national buffet included bigos, rustic bread, dill pickles, tripe, steak tartare, and—most important—clay pots brimming with homemade lard with pork scratchings, onion, marjoram, and caraway. When a long line formed at this display of food, I didn’t think everybody was waiting for a piece of fresh bread thickly slathered with lard. The overheard conversations in the queue revealed gluttonous desire, ignorance, and expressions of guilt: “It’s so unhealthy”; “It clogs your arteries”; “It’s a strain on your liver”; “It’s bad for your heart”; and so on.

By the end of the party, some of the exotic delicacies at the other smorgasbords remained practically untouched, while not a trace was left of the aromatic lard on the Polish table. If it hadn’t been for the exceptional circumstances and the fact that the whole thing had been a genuine surprise arranged by our hosts, I would have happily prepared a sign for the table’s huge awning that would have read, “The idea that saturated fats cause heart disease is completely wrong.”

This last sentence is a partial quotation by Dr. Mary Enig, who took up the fight against negative views of saturated fats, armed with incontrovertible scientific evidence to the contrary. I will cite her in full here, so you can appreciate the full significance of the problem:

The idea that saturated fats cause heart disease is completely wrong, but the statement has been “published” so many times over the last three or more decades that it is very difficult to convince people otherwise, unless they are willing to take the time to read and learn what all the economic and political factors were that produced the anti-saturated fat agenda.

I hope to motivate and inspire you to counter these myths and be unafraid to challenge such stereotypes and undermine their secure position in our lives.

And the truth, before it is revealed to all, face to face, we see in fragments (alas, how illegible) in the error of the world, so we must spell out its faithful signals even when they seem obscure to us and as if amalgamated with a will wholly bent on evil.
—Umberto Eco

Knowledge unmasks the illusions long held as natural by society, exposing their artificial nature. It shows us that our previous image of reality is in fact not true, radically transforming our assessment of it. This leads not only to the joyful discovery of the truth but also to the more bitter realization that such false certainties have deceived us for so long. For some, confronting clear evidence and real arguments comes with difficulty, while others simply stick to their guns and flat out refuse to bend. In such cases, one can only throw up one’s hands and carry on investigating the truth for the good of humanity.

This is also true in the case of fats. The common admonitions to follow a low-fat diet are in fact completely unjustified, even in the most “trustworthy” studies carried out by recognized scientific authorities. Consuming healthy, organically produced animal and vegetable fats supports the functioning of all our body’s systems.

Fat isn’t merely a source of energy but also an essential building block for our cell membranes and a whole host of hormones and hormonal substances. The energy from fat is generated much more efficiently and lasts longer than that of carbohydrates. Fats slow down the absorption of nutrients and sugar into the bloodstream, so we don’t feel hungry.

They also function as carriers of fat-soluble vitamins A, D, E, and K and help convert beta carotene into vitamin A. Many scientific medical publications describe the essential roles played by saturated/animal fats, such as strengthening the immune system, maintaining healthy bones, providing potent energy, ensuring the integrity and proper structure of cells, protecting the liver from harmful substances, and fortifying the body in general. The literature emphasizes the role of stearic acid, found in beef tallow and butter, in lowering cholesterol, as well as its other benefits for the heart. Animal/saturated fats are stable, stay fresh for a long time, don’t go rancid easily, don’t deplete the body’s antioxidant reserves, are not carcinogenic, and do not irritate artery walls.

I am aware that the information presented here may be met with distrust, disbelief, irritation, and even hostility. Yet, I ask for your patience and willingness to learn more about this misconception.

We should learn to differentiate between healthy and unhealthy fats and sort out illusory opinions and conventional wisdom in order to free ourselves from them. Our species’ evolution and the gradual appearance of hunting and farming alongside the most ancient gathering culture clearly show that animal fats have not destroyed humankind but have allowed us to survive in even the most difficult living conditions.

Based on solid science and research, Diet: A Prescribed Way of Life, by author Barbara Rubin, builds a cohesive, tested concept for healthy eating that will keep you looking great and give you true vitality and a real appetite for life. Through Rubin’s personal experiences and observations, examples, humorous anecdotes, and practical advice, you’ll discover the power of food as a tool for healing and learn how to translate this power to your plate. She offers clear explanations and full analyses of the issues, which not only focuses on educating but also on ensuring you enjoy the best life possible. She discusses that food isn’t just medicine. It’s the life source, and it’s important to understand every part of the process—from the soil your food is grown in to the way it’s cared for and how it is processed. Diet: A Prescribed Way of Life presents a transformed perspective on food and nutrition, giving you the knowledge you need to make well-informed choices about your diet. It shows how everything is the result of a consciously selected and consistently practiced lifestyle—the best way to keep your body working as it should.

Barbara Rubin is a specialist in maintaining optimal health and physical fitness. As a certified personal trainer, nutrition coach, holistic lifestyle coach, and a healthy cooking chef, she achieves positive results from her individual clients and group classes. Rubin enjoys traveling, reading, and spending quality time with close friends, family, and her two dogs. She lives in Amsterdam in The Netherlands.