Texas Settlers Growing with the West 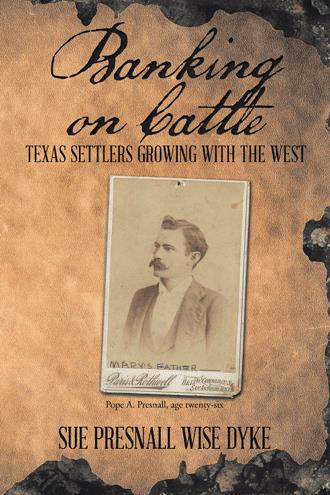 This story examines the rich historical context of the nineteenth century in the state of Texas when the Presnall family, Louisiana cotton farmers, ponders the pros and cons of migrating to Texas. The story cannot be told without appreciating the family’s Christian faith and its impact on the many difficult decisions they had to make during these years. As with any family story, there are, in fact, many stories. The same is true of history. It is written through many different lenses. Getting a clear vision and accurate story can be challenging. The author relied on many historical documents as well as a genealogy book authored and researched by a Presnall ancestor, Mary Louise Donnelly. The Presnall story is one of the many settler stories who helped to settle the West.

Born in rural South Texas covered by thousands of acres of mesquite ranchland and cotton farms, Sue returns to her early years to uncover the story of her grandfather, a cattleman during Texas’ “Gilded Era.” Sue is a graduate of the University of Texas at Austin with post graduate work at San Diego State College and Louisiana State University. Having lived a nomadic life married to a Petroleum Engineer (now deceased), Sue lived in several locations in Texas, one assignment to Benghazi, Libya, then to West Virginia, and Louisiana, and traveled extensively in Europe.