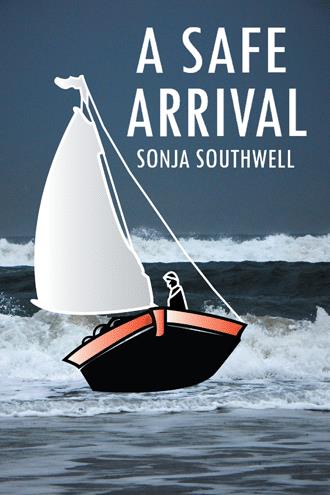 It was quite obvious Ryer was no longer in Malang. The Commandant in charge would sometimes visit with a group, or with a minor officer. On several occasions he invited Jo to go out with him for a meal. Politely an tactfully she reminded him that she was a married woman. On a couple of occasions, she noted him walk past the house to catch her attention. Jo simply did not ‘see’ him and continued what she was doing. But she took caution as her guide and refrained from sitting on the verandah. Not long afterwards, Jo received a summons from the Japanese commander. He wanted to see her. Jo wondered what in the world he wanted to see her about. She felt most uneasy regarding this request. ‘I am coming to support you,’ said Marie. ‘Lieut. Nelwan is quite capable to look after the place for a morning with Min’s support. We now have very few visitors and the military has gone.’ The three women met together in earnest prayer to God for Jo’s protection before Marie and Jo departed. There were people everywhere when they arrived at the building. Jo and Marie were given a seat. They waited for an hour before Jo was taken to the office of the Japanese commander. Marie was refused entry and returned to her seat outside. Uncertain of what to expect, Jo entered his room, but was left in no doubt of the commander’s intentions; there was no desk or seat for Jo. He sat on a bench covered with a narrow pallet, similar to what the house boy used for his afternoon nap. With a narrow cane he tapped his hand. Not a word was spoken. Jo kept her distance and looked down at him. Sitting on his pallet placed him at a disadvantage. She looked him in the eyes, not once lifting her gaze. It would have been a sign of fear or of weakness to do so. She watched him intently, praying silently, ‘Lord, give wisdom, give strength.’ The time seemed like an eternity. So intense was Jo’s concentration, she was unaware of people standing motionless behind her. She had no sense of time and wondered how long this would last. He was waiting for her to weaken, to break down. ‘Lord, don’t let me do that; I know you are here.’ And then a sudden, ear-piercing siren broke the silence and the spell. Voices and movement behind her made Jo turn around, the door opened and people pushed their way out. Jo saw her moment for escape—wasting no time she followed the crowd out to freedom. Marie was still there. Jo grabbed her arm, ‘Quick, run, before they shut the door on us. I’ll talk later.’ They ran out of the building, found their bicycles and sped home as fast as the wheels would turn. Was ever a siren more welcome? ‘Thank you, Lord!’ The day they feared eventually came. The Commandant in his formal outfit including his sword made his entrance with his entourage. This time there were no smiles, just the demeanour of an angry man. Jo stood her ground silently. She looked at him and listened to the angry tirade of the military chief: ‘Finish Salvation Army, no more uniform!’ He ripped the S’s off her collar and ground them under his boots. She watched them leave the building...her heart thumping, full of fear. It was then at that very moment she was overwhelmed by a great sense of the Presence of God, and a peace never experienced before came over her. Fear was gone and the realisation came that all the externals were unimportant except for the knowledge of the Lord’s Presence. The Salvation Army had not disappeared because she could no longer wear her uniform. God had not changed! He was still in control and he would continue to go before. ‘Thank you, Lord!’ Within moments of the commandant’s departure Marie was at her side. ‘Min told me “Mr Nips” turned up again with his minors. But what did he do to your trimmings?’ ‘He came to tell me that there was no more Salvation Army, and no more uniform and he then proceeded to pull off my S’s and ground them under his boot. He was not a very happy man. But the Lord was with me. We need not fear. He is in control. However, I believe the day for our departure could be any day now. We will be interned and need to know what we can and what we need to take with us. I will need to speak with the other women to do the same thing. This may be a suitable time to distribute some of the spare linen including the towels. We need to face reality.’ In East Java, the internment of Dutch women and children generally occurred almost a year later then in West Java. We lived at The Open Door with the 12 families until March 1943. Jo had the arduous task of having to inform our faithful staff and boarders that The Open Door would be closed during the second week in March. For our domestic staff this meant leaving the security of The Open Door where some had lived and worked for many years. She called Min to the sitting room. He knew she was going to say something serious. Jo explained that all the Totoks or Europeans would be transferred to De Wijk. It would not be safe for him or the other staff to remain in Malang any longer. Most employees had been away from their home villages for many years and they feared rejection from family if they returned without substantial wealth. Jo promised they would be given some travel money and advised them to go as soon as possible and not to remain in Malang.

In A Safe Arrival, author Sonja Southwell tells the unforgettable story of her parents—Ryer and Johanna van Kralingen—attending particularly to the period of their service as Salvation Army officers in Holland and in the Netherlands East Indies (now Indonesia) from the 1930s through to the 1950s. It includes the harrowing period of their internment by the Japanese during World War II. Sonja’s beautifully rendered and meticulously researched memoir/biography adds an important untold chapter to published histories of the Asia-Pacific and Indonesian Independence Wars. It also offers a timely and poignant reminder of the brutal realities of war and its often life-long traumatic sequelae in the lives of those it touches. But above everything else, this is a deeply moving and inspiring account, not just of human survival, but of the triumph of Love over Fear. It is a story of remarkable spiritual faith and calling that compel and enable two ordinary people to perform extraordinary acts of bravery and compassionate service to others. Throughout their lives, Sonja’s parents took the essence of a Dutch proverb to heart: ‘God has not promised us a calm journey, but a safe arrival.’ This is the story of Ryer and Johanna’s often turbulent voyage and their ultimately safe arrival.

Sonja Southwell is the daughter of Dutch Salvation Army officer-missionaries and was born in Indonesia just prior to World War II before eventually moving with her parents to Australia in 1953. A fully qualified nurse prior to marriage, she also trained and served worldwide as a Salvation Army officer, attaining the rank of lieutenant colonel. Now retired, she is involved in pastoral, interchurch, and other ministries in Melbourne, Australia.