From Carpenter to King 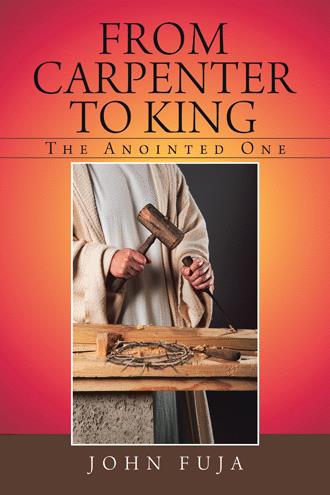 When Gaius reached a small clearing in the underbrush he saw the Messiah. By the mystical, surreal light, only the moon can provide, Gaius saw Jesus standing there illuminated in shades of silvery blue. An expression of sublime joy covered the Messiah’s radiant face while he conversed with his Heavenly Father. Jesus was rugged looking, handsome only in that regard, but as he prayed his face was more alluring than that of any of the statues of the striking Roman, Greek, or other attractive gods; and he had seen plenty of them in his many years of traveling in the service of the emperor. Gaius was spellbound, he felt as if he was privy to a supernatural experience that could only be realized in the kingdom Jesus had spoken about earlier. In an effort to hear what Jesus was saying, Gaius leaned forward. His body weight pressed a little too heavily on a twig that lay beneath his sandaled foot. It snapped loudly in the stillness. He panicked as Jesus stopped praying and looked directly at him. The courageous commander was a very brave man. Since he became a centurion no one had ever intimidated him, not even the emperor himself, but now he experienced that feeling. His clumsiness had fractured a sacred moment in time; something he had never felt before. On the day Jesus healed his servant; Gaius ran after the Messiah and repeatedly thanked him. The confused soldier was caught off guard now. He didn’t know what to say; so he began by thanking the Messiah again for that miracle. Jesus walked toward the soldier. The radiant look Gaius saw before hadn’t quite vanished from the Messiah’s face. He smiled at the centurion and asked. “Is there something you wish to ask me, Gaius?” Just the fact that this strong, but gentle man remembered the officer’s name stirred the centurion’s heart. He was surprised, for as Jesus spoke, the carpenter from Nazareth, placed his hand on Gaius’ shoulder. The centurion was used to Jews spitting on the ground when he left them. The religious leaders would never even consider touching him for fear they would be defiled. And yet, this holy man of God now had his hand upon his shoulder. Gaius knew he was in the presence of someone who was truly holy. He felt so unworthy to be standing where he was. He stammered a bit before he was able to ask. “Teacher, may I still be a soldier of Rome, an uncircumcised Gentile, and still be a member of the kingdom you speak of?” Jesus asked, “When Pilate told you to go and listen to John the Baptist’s preaching, and one of your men asked what a soldier should do. What did John tell him?” Gaius was shocked. Jesus wasn’t there when his aide asked that question. The centurion started to tremble. What doesn’t this holy man know? He thought. Gaius replied, “The Baptist said we should repent of our sins and stop extorting money. We shouldn’t accuse people falsely, and we are to be content with our pay. That’s all he told us to do.” Jesus responded, “John’s advice was good. Do as he told you. But add these things also; love God with all of your heart and love your neighbor as you love yourself. And believe in me, the Son, the one God has sent into the world to save it. I have primarily come to invite the children of Abraham to my Father’s heavenly banquet, but anyone who listens to my words and believes in me, and the One who sent me; is welcome at my Father’s table as well. There’s plenty of room there for all who believe.” The battle-hardened warrior hadn’t shed a tear since his youth. Gaius would never be able to describe the way he felt when the Messiah sincerely extended the invitation for him to join the heavenly banquet. He felt so deeply loved by this man of God, his entire body shook. He wept uncontrollably. Jesus took Gaius into his arms and held him. The centurion had never experienced the joy and sense of peace that settled over him. He continued to cry like a baby. His tears were tears of joy. He was overwhelmed by the tangible depths of the Messiah’s love. The brave warrior felt compelled to rest his head on Jesus’ shoulder. Yeshua didn’t back away from him when he did. When Gaius returned home, his wife was fast asleep. He walked toward the bed and gently tapped Judith on her shoulder. He placed his finger to his lips so she wouldn’t wake anyone else in the house. He motioned to his wife to join him outside. The only time Judith ever saw her husband look so elated was when he saw each of their children for the very first time. She quickly slipped her tunic over her petticoat and joined Gaius at the door. As soon as they sat down on the bench outside the house, her husband began to bawl like a baby. The woman was beside herself. She had never seen her husband cry. Judith took his hand and pressed it toward her bosom as she asked him what had happened. The woman was frightened; she didn’t know what to think. Gaius, when he finally was able to speak, said. “I’ve never stopped you from practicing your faith.” He paused. Judith feared her husband was now going to forbid her and their children from doing so. Gaius continued, “But I admired you for following yours, even though I thought it was just nonsense.” He started to cry again as he tried to continue. His wife tightened her grip on her husband’s hand as he said. “But I believe in your God now, Judith. I believe Jesus is the promised Messiah your people always speak about, and that your God sent him. I also believe that if your God had a face; it would look like Jesus’.”

From Carpenter to King is a fictitious narrative of what Jesus’s private life might have been like during his public ministry. The novel focuses equally on the human and the divine nature of Christ. The story delves into the acrimonious relationship between Caiaphas, the high priest, and his father-in-law, Annas. Both men are despised by the Roman procurator, Pontius Pilate. Centurion Gaius Longinus is appointed by Pilate to clandestinely follow the Messiah. His plan is to use Jesus as his pawn in bringing about the downfall of Annas and Caiaphas. Pilate’s wife—Claudia, the granddaughter of Caesar—appeals to her father, a noted Roman senator, to allow her half brother Marcus to begin his military career under her husband’s command. On his first mission as a courier, Marcus is captured and abused by a brigand named Barabbas. The incident prompts General Flavius to resign from the senate and sail to the Middle East with a cohort of soldiers. Once he and his army arrived, Flavius wreaked havoc throughout Galilee as he attempted to capture his son’s abuser. The novel remains true to the Gospel’s accounts while also intertwining the personal lives and loves of individuals who have been touched by Jesus. Blended within the story is a copious amount of intrigue.

This is Fuja’s final novel in a trilogy on the life of Christ. “From Carpenter to King” was preceded by “None Shines More Brightly, which dealt with the boyhood of Jesus through the beginning of his public life, and “Favored” covering the events leading up to the birth of Jesus. Like Fuja’s two prior novels “From Carpenter to King” is rich with Jewish culture and tradition. It presents a unique perspective into the lives of the individuals who were most affected by Jesus’ ministry.