One Nurse’s Passion for End of Life 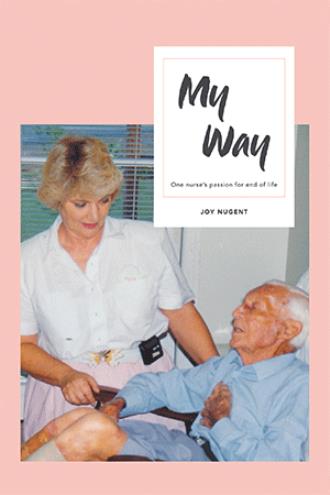 Many years later and following my divorce at the age of 54 years I had a significant dream. I was buying a ticket to enter a large concert hall. When attempting to join the other people who were lining up to buy a ticket I was told to go straight in as my mother had paid the price.. At that time I was very much on a spiritual quest. It was a time when contemporary mystic and author Caroline Myss was making visits to Australia as was Jean Houston who is a world renowned scholar, philosopher and leader in human capacities. I was also studying Buddhism and Taoism. “Pain and suffering comes with attachment” is one of the Buddhist teachings that has stayed with me from that time. My presence as a nurse at the bedside, on reflection, was to encourage detachment. The German Dominican mystic Meister Eckhart (c. 1260—c. 1328) preached, “God is not found in the soul by adding anything, but by a process of subtraction.” This is another way of thinking about the concept of detachment. The following quote was wisely said by Lao Tzu, the father of Taoism. “If you are depressed you are living in the past, if you are anxious you are living in the future, and if you are at peace you are living in the present.” There were times, when in the role of a palliative care nurse, I talked about the collective unconscious as described by Swiss psychiatrist, Carl G. Jung, and likened a soul to a drop of water re-joining the ocean. I felt guided in the support I gave to patients and their families. Guided, too, to be a mentor as well as coordinator of the caring team. I would like my legacy to be that fear of death is replaced with a love of life and an energetic connection with a vast, and beyond imagination, field of consciousness. As a nurse there would be times when I found my car going in a certain direction and not one that I had intended. A thought would come to check on a patient who lived in the direction my car was taking me only to find that I was indeed needed. On one occasion I ignored promptings regarding a visit to an elderly patient who had been admitted to hospital and found that when I did go she had died. I felt regret. On this occasion there was another lesson to be learned. While I stood at the nurses’ station an elderly woman came up to me as said: “Will you tell the nurses to let me sugar my own tea.” How many times have I done something for a patient because it was quicker? After my mother’s death it was to be some years before my restlessness relentlessly prodded me to return to nursing. I had not practised my profession for twenty years and, fortunately, a shortage of nurses meant the opportunity to complete a refresher course at a large teaching hospital came my way. It was difficult to step out of my routine of children’s activities, working part-time in my husband’s orthodontic practice, playing bridge and golf, having dinner parties and exciting holidays to enter a world of regular working hours, two thousand word essays and to wear the blue uniform of a refresher student. During this time of study death was to, again, confront me in an unpleasant way. I observed that even the doctors and nurses had a fear of death and a way of distancing themselves from death. This fear was frequently masked behind hospital procedures and rituals which replaced a genuine concern for the real needs of the person or individual soul. One memorable day I observed that one of the patients in the ward was near death from cancer. The disease had progressed and was blocking the flow of lymph from the woman’s leg. The leg needed to be supported on a pillow and every movement was agony for this elderly woman who appeared to have no family support. One of the nurses on duty chose to withhold her morphine medication because it lowered the patient’s blood pressure too much in her assessment. I was bewildered at this priority and my heart went out to the woman who was clearly suffering and I expressed my concern for this nurse’s action in the best way I could. Thankfully, in a more enlightened way the hospice movement has the intention to put the patient's comfort first through providing good palliative care. In this discipline of medicine relieving pain and managing physical and other discomforts are of paramount importance. Palliative care nursing became a passion for me for three decades. I not only nursed people who were nearing the end of their life but also elderly people who chose to be supported in their homes. 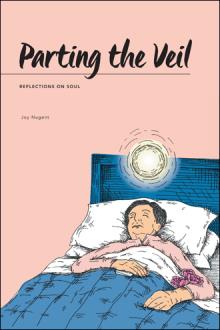 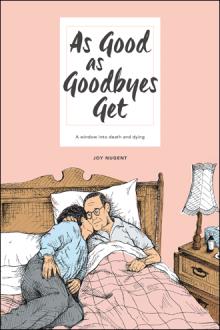 As Good as Goodbyes Get
Joy Nugent
£9.95

Author Joy Nugent has spent three decades in the role of a private, palliative care nurse, being with people at the end of their life—part of a lifetime of caring for others. She left a comfortable life as the wife of a successful orthodontist to follow a calling and vocation. In My Way: One Nurse’s Passion for End of Life, Nugent shares not only her personal history but also her model for end-of-life nursing. Her career and education spanned many countries, from her home in Adelaide, Australia, to Canada, the United States, the UK, India, Singapore, and Malaysia. She encourages nurses to follow in her footsteps, urging them to become midwives of the soul and to take charge of their own professional lives. Throughout, Nugent details her life experiences and travels and offers recommendations on the attitude, knowledge, and skills essential for building trusting patient-nurse relationships. Although she has had to face many challenges and struggles along the way, she acknowledges that her life has been divinely guided. This memoir recalls one nurse’s personal and professional life, provides guidance for others in gaining the confidence to die without fear, and advises those comforting them at the bedside.

Joy Nugent received training in nursing and midwifery in Australia and Scotland and worked as a nurse in Toronto, Canada, and in London, England, over the course of her career. She founded NurseLink Foundation, a nonprofit public company with charitable status, and is also the author of New Nursing and As Good as Goodbyes Get. She currently lives in Adelaide, South Australia. Visit https://vimeo.com/239876552.