How to Be Human

A Story and Path on How to Live with Ease 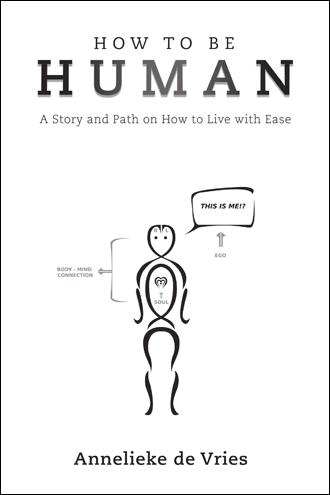 After my relationship broke down in 2016, I started working with a kinesiologist. The sessions brought memories from my trauma’s back to the surface. I always knew that seeing my grandfather being revived was traumatic for me, but I did not realise until recently why. Now I know that it was not just his death that was traumatic, but the attempt to revive him. Even at 8 years old, I knew that his soul already left his body. His body was no longer working. I could not understand why people were trying to stop this process. It was only recently I realised how much those four deaths made me disconnect. The moment those ambulance brothers tried to revive my grandfather, was the moment that I decided that there was no God. Up until then, I was raised Christian and believed in God and Jesus. What I can see clearly now, is that it was the disconnection from my spiritual beliefs, that lead to the disconnection from myself. Not only did I disconnect from my beliefs, but from my feelings and body as well. I should have been diagnosed with Post Traumatic Stress Disorder (PTSD), but I was not. Soon after my grandpa died, I developed chronic headaches and stopped writing my diary which I did religiously every day. My parents sought advice from a psychologist, who said I could benefit from writing and drawing about it, which my parents helped me to do. It was not enough. I was in a chronic state of stress, leading to physical health issues and severe anxiety. I often had nightmares about my parents dying and developed ways of coping to make me feel safer. I started doing everything four times, like turning the light switch on and off. I utilised my little sister and parents to regulate my emotions and deal with the intense feelings of panic and overwhelm I often had. I grew up in a state of constant stress, without realising it. I did not understand why I was depressed and anxious. What I did know however, was that there was definitely something wrong with me. The stress response Many of us have heard about the fight/flight/freeze response. I like to call it the stress response. When our senses pick up signs of danger, they send signals to our brain and activates our stress response. It is like alarm bells going off in a part of our right brain. It is the left brain that stores memories, except for traumatic ones. These are stored as a body response in our right brain This means that the stress response can happen, without our conscious awareness. Before we even realise, our body is in a state of fight and flight. The right brain steers the parasympathetic nervous system, the system that works without our effort. This includes our heart rate, breathing, hormones and release of chemicals in our brain. When the alarm bells ring, the parasympathetic nervous system gets messages to start preparing for danger. It starts releasing chemicals and hormones (including dopamine and adrenaline), that support us to get ready to fight, freeze or flee. Fight and flight mode All functions within the body that are not needed in danger, are slowed down or shut down completely. All energy is focussed on getting ready to protect yourself and keep yourself safe. The digestive system slows down, the frontal lobe (the part that helps us think, organise, plan) shuts down, the body takes over. Heart rate increases and breathing becomes shallower. All the blood is send to the arms and legs, preparing you to run or fight for your safety. It feels like time is slowed down, sounds become dull, and there is a single focus on safety. This state of fight or flight is also known as hyper-arousal. Freeze mode Sometimes we end up in dangerous situations where escape is not possible. Many of my clients with childhood abuse could not run. They were not able to escape the danger, and so the state of hyper-arousal would not work. If fighting or fleeing do not work, our body applies a third coping mechanism: freeze. The danger or pain is too big to handle. Our mind and body disconnect. We go into freeze mode. Some will leave their body completely, watching the abuse from above or entering a different reality that is safe. Others go into a trance state, undergoing the abuse without feeling anything. This state is also known as hypo-arousal.

Every human being in this world is unique. In fact, it is our uniqueness that is our strength and what makes this world so beautiful. Unfortunately, many of us see our uniqueness as a flaw, and have learned to adjust so that we fit in with the beliefs that are fed to us about ourselves and the world. Annelieke de Vries is a seasoned social worker who relies on her personal and professional experiences to provide step-by-step guidance that will help anyone identify who they truly are, break free from an endless cycle of struggles and suffering, return to a place of happiness and peace, and learn to live life with love, ease, and purpose. De Vries, who embarked on her own persistent search for growth and happiness after a childhood trauma, offers perspective on how she moved forward, healed, and regained love for herself and life while encouraging others to question everything, realize the power of intuition, know when to ask for help, release fears, and ultimately find their true selves. How to Be Human combines personal experiences with tools and references that will guide others to embrace a new and fulfilling life.

Annelieke de Vries is a highly experienced social worker, spiritual teacher and abstract artist. She was born in the Netherlands and, after earning a bachelor’s degree in social work, migrated to Australia for love. After a career focused on working with complex trauma, addiction and mental illness, Annelieke now teaches her wisdom to others through her writing and workshops. Annelieke lives in the Northern Rivers area in New South Wales, Australia.