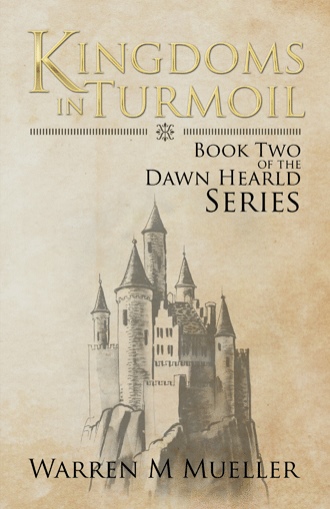 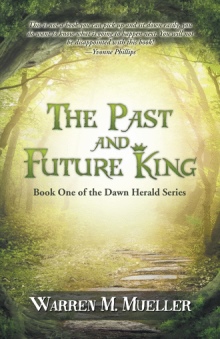 The epic tale of the Dawn Herald Trilogy continues in Kingdoms in Turmoil. The Brotherhood of Andhun begins to impose their beliefs on the world of humans, ending a thousand-year period of peace among its kingdoms. Conflicts abound between opposing armies and extend to many levels as members of families and friends either embrace or resist the new order. The sons of light continue to emerge, and Tom discovers how to use his magical seeing stone. He is captivated by a feisty princess named Oriana, who becomes a leader of those opposed to the new order. This book is a desperate journey to rally resistance to the new world order. It also is a tale of young love, identity, and purpose that provide tension that makes this a compulsive read.

The origins of my interest in fiction are rooted in my early childhood. As a child, I loved to sleep over at my friend’s house on Friday nights and watch the late night science fiction movies. I have fond memories of ducking in and out of my sleeping bag on the living room floor while being both captivated and frightened. In college, I discovered the C.S. Lewis and soon was experiencing other worlds in his Space Trilogy and Chronicles of Narnia. These were my favorite multi-book stories until a friend suggested I try reading The Hobbit by J.R.R. Tolkien. This led to The Lord of the Rings Trilogy which I read several times prior to the movies. Hobbits, elves, orcs, trolls were like the races and cultures of man in that they were related but different. Interwoven throughout these stories were the struggle of good and evil as well as the discovery of purpose and realizing one’s potential. My education and career over the past forty years have been in the Environmental Sciences which are hardly conducive to fantasy writing. I graduated with two MS degrees from the University of Wisconsin and worked as a consultant and then as an environmental specialist for a mid-western utility company. After raising two children, I found myself a grandparent with a successful wife who spent several days a week traveling as a director for a dental corporation. My wife claims that being a grandpa has awakened the right side of my brain and has helped me discover my second childhood. I find there is some truth to this as I can act goofy, spoil my grandchildren and then give them back to their parents. While driving alone on a work trip, a thought occurred to me that I should write a book about what the Bible says about various subjects. I have read the Bible daily for over thirty years, spoken in many churches as a member of the Gideons, taught Sunday School and served as a deacon, so I felt I could help others to understand what I consider the most important book ever written. Two years later my first book, Truth Seeker: Bible Topics, was written. For me writing is a passion. Over the past thirteen years, I have written eight books and over twenty articles for the New York Times about Christianity and Christian Pulse web sites. The Dawn Herald Triology is a Lord of the Rings style tale that weaves Christian themes into a multi-book series on the inter-play between reality and fantasy worlds. The spiritual realm, like fantasy, is not real to some but intrigues many people because there is a deep innate sense in mankind that there is a greater reality. Fictional writing is based on developing interesting characters and then visualizing how they progress in their roles. In other words, the characters carry the plot and writing is like watching scenes in a play unfold. My non-fictional writing revolves around the Bible which I have studied daily for over thirty years. I love to learn and share the awesome truths of the Bible. I am amazed and humbled by what I have written as I see myself as a scribe recording what God has given for our edification. My Truth Seeker Series are five non-fictional books based on the Bible. Truth Seeker: Bible Topics summarizes what the Bible says about a wide range of topics with lots of Bible references. Truth Seeker: Mormon Scriptures & The Bible summarizes the books upon which Mormonism is based and compares them to the Bible. Truth Seeker: New Testament Apocrypha summarizes selected books from the early centuries of Christianity and seeks objective reasons why these books were not included in the Bible. Truth Seeker: Objections To Christianity and Truth Seeker: More Objections To Christianity are a dialogue with my father who was a critic of Christianity. He summarized his beliefs and problems with the Bible and left me with a written legacy. Thus, these books complete decades of debates that we had prior to his death.