A Limitless Life in a Powerless World 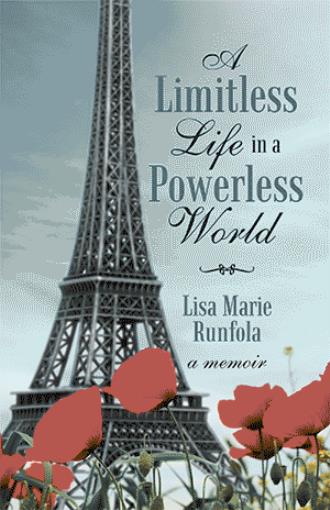 One afternoon we went out for a drink along Copacabana. My feet were sinking into the sand as I felt the sense of freedom in the air. I looked up and a rush of excitement filled my body. I pointed up and shouted, “I want to do that!” A tandem hang-gliding team were landing on the beach. Andrew looked at me. “You sure?” he asked. I was sure. The next morning the phone rang in our hotel room. We were given instructions to meet down in the lobby where a Jeep would pick us up. My paramour prepared his camera to take photos of me when I landed on the beach. It was really happening. I was going hang gliding. In Rio de Janeiro. I was going be taken to the very top of a mountain, and then I was going to run and jump off. It didn’t even seem real! Our driver brought us up to the launch site at the very top of the Tijuca National Park. My tandem partner got me all suited up and gave me instructions. He told me to run, run, run without stopping, right off the edge of the launching dock. “Whatever you do, do not stop,” he repeated. “Keep running.” I nodded with great anticipation. I ran, ran, ran. I did not stop. Perhaps I haven’t stopped since. Finally, I was the butterfly. I was set free. I soared, beaming from ear to ear as I looked over the skyline and São Conrado Beach. It was an effortless feeling of pure bliss. The air lightly pushing against my face, flying through the lost space of nothing gave me a sense of everything. I had manifested and now released what was in my heart space. I regained my own self-control. I was in charge of me again. Or was I? I wonder now if it was really me in charge, or if it the Universe pushing me down the path that I was destining to be on, pushing me along to be with my soul partner to live out a future that was already written without us knowing. I’ve always kept myself open to all possibilities, and the endless possibilities find me. They had truly found me when I landed on São Conrado beach. For the first time in a long time, I was finally doing something for myself. There, on that beach, I decided that I needed to live for myself in the rest of my life, too; that instead of sacrificing everything to be a good wife and mother, I needed to take care of myself and my own needs, and that doing so would make me a better wife and mother than I’d ever been before. The experience was indescribable. I looked at my paramour, grinning. “Where else in the world can we do this?” I asked. “Are there other mountain tops?” As we finished our week together in Rio, I felt as if I was living with purpose again. It had been a long time since I could make decisions without hesitation. I began to show Andrew the young, spirited girl who had traveled throughout Europe in 1987, full of determination, confidence and courage. She had emerged once again. It felt fabulous. Embracing my feelings, wants, needs and desires and having them met became part of my daily self-care. It was a far cry from the automatic marriage I’d been living in, where I woke up and barely could get my hair combed and teeth brushed. Actually thinking about myself and having my opinion count, respecting myself as a female human with dignity and pride, was uplifting. I was falling deeply in love with being me again. And I was willing to share that me with this man, who treated me like an adult—like a partner. Some people will never understand why I chose what I chose. Some people prefer to sabotage others, to point a finger and say, disparagingly, “He or she did this.” But I learned that to really dig within myself and feel the true essence of what emerging from within brought the greatest love I had ever found—self-love. Self-love is the ultimate source of spirit speaking from within. It was a true calling, and I answered. I listened and followed something without fully knowing what it was; it just felt like it was my path to follow. I fearlessly walked into the unknown, into the dark forest, guided only an incredible energy force that lit me up. I didn’t just fall in love with another man; I fell back in love with myself. In doing so, I found my sense of freedom to live from within again. Of course, externally things became very complicated. Once I returned from Rio, I began heading in a direction that I never thought I would find myself in. Despite it all, I took that grand leap of faith; I kept running right off the mountaintop. I leaped out of a life where I had everything I wanted in the material realm. I had spent countless hours working hard creating a beautiful family and a lovely home, but I wasn’t happy. So I leaped into an unknown world, not knowing how or when I would land, just knowing that I needed to feel free to find the happiness I was seeking. I began the process of divorcing Rick. (900 words; Chapter 9)

After living an average life in Buffalo, New York, author Lisa Marie Runfola gave it all up to marry her paramour and live abroad as an expat—only to return a few years later to support her ex-husband and children through his cancer and eventual death. In A Limitless Life in a Powerless World, she tells the story of a woman who changed her life after a lightbulb moment, having no idea her new life would change her in turn. Through parenthood, divorce, and grief, Runfola’s experiences bring introspection and inspiration to those who are looking to find limitless opportunities in powerless circumstances. This powerful memoir follows her journey across an ocean and back again. Quotes and questions for reflection encourage a hard look at your own life and how you can reframe your experiences to help you grow. With raw honesty and radical self-acceptance, A Limitless Life in a Powerless World calls you to face what scares you, speak from the heart, and love your own messy, beautiful, perfect truth.

Lisa Marie Runfola went from living a conventional American lifestyle to an unconventional expat lifestyle. A mother of five and a lifelong reader, she brings her experiences as a parent, partner, and daughter into her writing. Runfola currently lives in Geneva, Switzerland, with her husband and three of her children and frequently travels to both Sarasota, Florida, and Buffalo, New York, to meet with family. This is her first book.