Lighter Side to Darkness 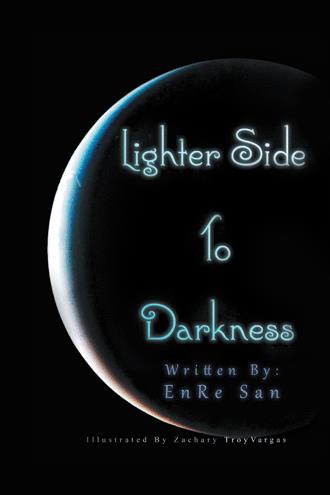 There was once a good knight. He was so good that he probably would had been better off as a prince, but he was a knight none the less. A knight that grew up in the church, and under his mother’s hymns. As renowned as he was, the truth of the matter was that the town fucking hated him, and etched a burning twist into his identity. In respect to his person, he was too knightly to act on it abruptly, so he relied on the sword of his day. With a left hand, he painted out the sacred image of the town’s disturbia, and as a knight and a child, all he could do was stroke his life into it, like it was the woman he always wanted to see him. Under the guise of art, his mind called it the chance to be face-and-face with the opposite of the towns rituals and help him keep his eyes’ sharp. With the painter’s wit, he gave him horns, skin darker than the pit, and eyes worse than chrism and called him Satan – The Glorious Angel. For once in his life, the knight had eyes on him that were raw and bare and never stunted. He watched him forever, and so much that the town went ragged. The good knight believed it to be so awful that his fears told him to throw it all in the water to wait, but some friend destined for prison took it off his hands for him. Frankly Dad, you should be happier that your demons didn’t bark.

For the culture, the mystic who swallowed the moon made a tale out of it all. For some people, life is no fun without a trance. They need something pretty to keep them stuck in inspiration, but they fatally miss the point. As sadness goes, it’s on the top-five list, but no one cares. There’s a way to use and work with God and make insanity your tool, but the burden of incite has too many burning traits. To have things like that requires sharp eyes, a terrible crisis, and very much forgettable ancestors. The Lighter Side to Darkness is a colorful tale from the yesteryears of EnRe San. It was a time where my only wish was to keep the sky blue, but going gray meant harmony, and attacking the soul meant I didn’t have to go for blood. There’s an inherent strength in pain that’s best known when you let chaos take advantage of you, so I went for blood too. You can be raped, be betrayed, or be in the middle of a worldly possession; if it’s so good that you forgot that you can still kick everyone’s ass, then I call that a reason to learn. Because just like swallowing the moon, you officially have a friend in mastering your emotions.

In my adolescent years, EnRe San was the trick that I despised. I love being a roughneck so much, but even that was irony’s tool to make me magickal. Secretly as a child, I was educated on the craft of my imagination, without my parents knowing. After my return to California, I became oblige to use the gifts more associated with my sister. So, for more than spiritual reason, I was the brother trying to eliminate his ruth, to save his sister, with what he hated. Aside from the fatal blows to my love life, I’m not so ridiculously emotion to not see how helpful psychic talents are. You can teach and trade them like playing cards for Christ sake. But with the completion of the Lighter Side to Darkness, I’ve finally come to terms with that old trick up my sleeves.