The Gospel According to Moses 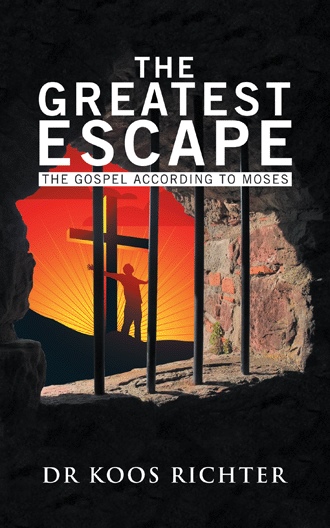 When YHWH called Moses for duty, He drew his attention to a burning bush. To Moses’s amazement, although the fire engulfed the bush, it was not consuming it. With his eye fixated on the bush, YHWH instructed him to lead the Hebrew people from bondage to freedom. By leading Israel out of Egypt, YHWH demonstrated a process by which a man will one day lead people from bondage to freedom. That day arrived almost 2000 years later when Yeshuah, the son of a Jewish carpenter became the man who redeemed and leads us from the constraints of physical-, to the freedom of spiritual life. Without realizing it, Moses saw the final outcome and purpose of his mission: The bush represented the divine live individuals will receive through a second birth. Yeshuah will baptize those with fire as depicted by the flames. The fire consumes our natural life and portrays the process through which our works are tried and tested.

In this book the author describes the Gospel as documented by Moses, inspired by the Holy Spirit and being fulfilled by the Messiah. The Apostle Paul once stated that many has a veil over their understanding when reading the Old Testament. That veil is lifted for those who turn to the Messiah. The author reveals some of the hidden messages from the Torah he received since he turned to the Messiah. The Gospel according to Moses contains undeniable proof that the modern day gospel message does not comply with YHWH’s standard. The reader of this book will be confronted with those differences and with that comes the test of humbleness. Growth is associated with pruning and stubbornness with idolatry.

Dr. Koos Richter’s second life commenced in 1989. Soon after his second birth he was called ‘to build’. The calling was met with uncertainty. He found himself having to deal with more questions than answers. He sincerely sought and still seeks answers.