And Then There Was Rain 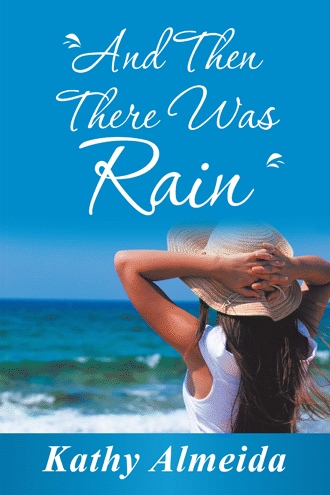 “Apologize,” he said. “To whom?” I asked. “Your niece, for starters, and the family,” he said. “I will not,” I said. “You will.” The room had grown strangely quiet. I looked around. My parents, Sunny, Mark, Sierra and even little Crescent watched and waited for my next move. “Well?” KT said again, with the authoritative voice of a dragon. I did the only thing that was left for me to do. I shoved him and started up the stairs. I could not believe the nerve of that guy. As soon as I got dressed, I was going back down there and give him a piece of my mind. I didn’t care if I did owe him bunches of money; I would not let anyone talk to me like that. Who the hell did he think he was anyway? I was halfway up the stairs when suddenly I was grabbed by the waist from behind. “Are you kidding me?!” I screamed. “Put me down, now!” “No, you’re so damn spoiled and I have no idea where the hell you got it from. Your parents are great, but somebody needs to knock some sense into you.” “Oh, and you think you’re the one to do it, do you?” I asked, fire pouring through every pore of my body. “Oh, Fire Girl, I am that person!” KT said with an anger I had not witnessed in him before. He carried me out of the house, down the porch steps, and out toward the dock. “Put me down! Now! Did you hear me!? I said put me down!” I screamed to his backside, since like a cave man, he had thrown me over his shoulders. “In due time,” he spat out. “Let me go!” I screamed, using both of my hands to smack his back, reaching his rear. Distracted by the toned hard smoothness of his butt, I stopped screaming. Right about that time, he pulled me up and over, and dropped me into the ice-cold bay. Hitting the water and plunging under its cold dark murky surface, fear smacked me, like the water that had gripped my body. KT had thrown me in the shark infested bay and no telling what else lurked underneath its icy claws. I fought for the surface and saw KT staring down at me from his very dry safe place on the dock. Anger replaced fear. “I can’t believe you did that! You are fired! Do you hear me! Fired!!” I screamed. “Lady, I do not work for you. Only a fool would be crazy enough to do that!” KT turned and walked back towards the house. Shivering, I swam to the ladder at the dock and started to climb up, butt naked. “Ew!” I screamed as my hands and feet touched green slimy spongy growth on the rungs. “KT, I will never ever forgive you for this! Do you hear me? Never!!!” Sierra stood on the dock near the ladder with a dry towel. “Thank you.” I said, unconcerned that I was naked while wrapping the other towel around me. “Where is he?” “KT?” “Who else?” She pointed. I looked. KT had his gear and was putting it in the back of his truck. He shook my dad’s hand. “Where the f…k does he think he’s going?” I said, shaking the water out of my hair. “Ew, Sierra, get it quick!” She stepped closer and pulled out a piece of sea grass and threw it back in the water. “Ew!” I heard a truck engine revving. “KT, where the hell do you think you’re going? I am not done with you, do you hear me!” I yelled. He drove off without a second glance. “I don’t understand, where does he think he’s going?” “You fired him,” she said, nonchalantly. “No, I didn’t,” I said. “Oh, yea, you did, everyone heard you.” “Humph, well technically I can’t fire him.” “So we heard.” “What an asshole.” Sierra raised her eyes and turned to walk away. “Sierra, I’m sorry. I wasn’t talking about you. I meant KT.” “I know who you meant. Maybe you should go after him,” Sierra said. “I’ll be damned. He’s the one who should apologize to me.” I ran my hand through my hair. “Ew, I need another shower. I’ve got all this gunk all over me.” Thankfully, as we walked back to the house, everyone had already gone in, that is, with the exception of Sunny, who waited by the door for us. I saw Sierra roll her eyes at Sunny as she walked by. “Sierra, thanks for bringing my sister a dry towel. Rain, I hope you thanked her.” “Whatever.” I marched upstairs and hopped into the shower. An hour later, in the midst of hammering, sawing, and yelling, I yelled even louder to be heard in all of the confusion. “Hey! I’m going in to town,” I shouted. 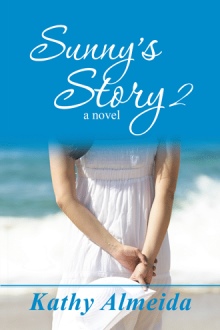 And Then There Was Rain is the third book to join the Sunny’s Story Trilogy, this time told through Rain (Sunny’s younger sister). She’s a force of nature–beautiful, spoiled, and used to getting her own way. That is, until she meets KT, the one man she can’t manipulate or wrap around her adorable little finger. She’ll win your heart as she deals with family, a new business, a house with ghosts, and a love that sneaks in, catching her unaware and unprepared for the changes it brings. Be ready to sit back and enjoy the Johnson sisters once more as they move through your heart and mind, sharing their life adventures.

Kathy Almeida is a creative artist that loves to write fun, feel good, laugh out loud stories. She’ll entertain you with her characters and their exploits, as in her latest book, And Then There Was Rain, the third novel in the Sunny’s Story series. Kathy lives in Belleview, Florida, with her family and animals on a small farm with lots of blue skies and trips to Crescent Beach and Saint Augustine.