The Art of Self-Realization 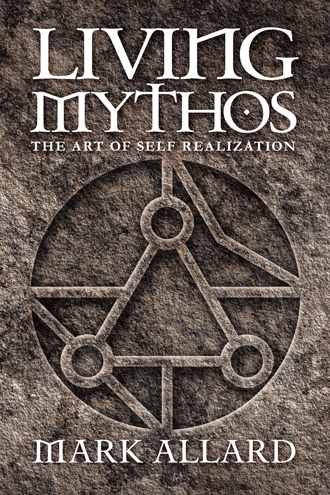 Becoming the Character Six months after Regressions was released, I began keeping track of patterns in my life. This began because I wanted to know if recognizable people appeared in my dreams at regular intervals. Soon, I was looking for patterns with the dedication of a mad scientist or a sane obsessive-compulsive. I kept track of impulses and cravings for everything from food and drugs, to sex and reading. Over the next three-and-a-half years, no action or experience was immune from this microscope of my examination, and I began to notice cycles of behaviour that repeated on a daily, weekly, monthly, and even yearly basis. Above all, this was an exercise in cultivating Self-awareness. I was motivated by an increased recognition of my habitual behaviour. This allowed me the choice to discard habits that were unsupportive of my ideal state. Time, patience, and a willingness to avoid absolute convictions taught me that all tools can be weapons, and all weapons can be tools. True Self-empowerment is being able to recognize the impulses behind what drives our decisions and adjusting ourselves to maintain the necessary equilibrium for harmony—like tuning an instrument. Your Inner Pantheon “From a Jungian perspective, a lot of the forces that ancient peoples considered deities were personified representations of instinctual systems.” ~ Jordan B. Peterson Imagine your personality as an entire pantheon of gods. Each represents a universal quality of behaviour competing for your attention. Individuation is a conscious understanding of these unconscious dialogues/impulses. Awareness brings the unconscious into consciousness, prompting the transcendence that religious systems allude to. Good and evil are subjective distinctions based entirely on who is giving meaning to the words. What Stalin may have considered good might be in contrast to your own moral conclusion. Consider the following descriptions and try not to associate them with anyone specifically: independence, freedom, knowledge, clever, light. Now, consider these words without thinking of anyone specific: rebellious, deceptive, manipulation, destruction, war. You have read two distinct descriptions associated with the same person, or rather, the same god. Can you guess which one? I’ll give you a hint: this popular god is also described as a lion. (See #004 for the answer.) The point of this exercise is to remind us that most of what we embrace as truth is subjective. Absolutes are based on personal bias and experience. If our experiences differ—even if we are raised in the same home, city, and country—how much more extreme will our experience be when raised with different worldviews? Your inner pantheon is as diverse as a political summit. Bureaucracy and judgement are intimate with one another, so any real progress can only happen when we dismiss these lovers. You cannot harmonize your psyche if your rational brain is judging instinctual behaviours. Understanding is required. Understanding flows from, and creates, Self-awareness. “As humans evolved, our brains didn’t so much change as they grew. Evolution prefers to add on to what’s created, rather than start from scratch. So, as humans required new skills, our primitive brain was not replaced with some completely new mode—the system of Self-control was slapped on top of the old system of urges and instincts. That means that for any instinct that once served us well, evolution has kept around, even if it now gets us into trouble.” #005 ~ Kelly McGonigal Organized Misinformation All dogma is propaganda. The structure offered by dogma is beneficial only if it produces discipline. The great majority pick and choose their theology, which renders dogma, at best, futile, and, at worst, a crutch. Personal responsibility may be compromised when the events of life are given meaning from within the context of theology because dogma places a ceiling on awareness. It demands a resignation of personal power to a source outside Self, in spite of being a personification of forces within. As a result, we avoid accountability for our actions and the outcomes they produce. Without the weight of consequence, we disable the value of meaning. Each archetype has a shadow, expressing the dual-istic nature (polarity) of being. Consciousness is a spectrum. Self-awareness facilitates participation in the unfolding conditions of our life. The practice of becoming an observer—to detach from our experience or memory of an event—is woven through multiple spiritual and psychological disciplines. Why? Because we gain perspective by observing events, which, otherwise, would have gone unnoticed. Imagine you were in a car accident. As the driver of the vehicle, your perspective and memory of the event will be quite different than the passenger, or someone across the street in a cafe, or the window washer fifty feet above the street who watched the whole event as he ate lunch. Our perspective grows sharper by observing the perspective of others in contrast with our own. You cannot do this while trying to force your perspective on others or judging them for having their own. We may apply this same principle to our interactions with psyche. Without the perspective of each of our subpersonalities, we alienate information that has the potential to enrich our lives. A narrow point of view is like putting Self-awareness in a glass jar. Building on Freud’s understanding of subpersonalities, Carl Jung identified a series of archetypes associated with universal human impulses. These qualities of behaviour inspire the creation of belief systems as our conscious mind attempts to extract value and meaning from within these templates of experience. Ego is threatened whenever belief systems are challenged. Belief systems may contradict each other. For example, religious and political beliefs often contradict personal beliefs. Emotional reactions to this conflict may form a complex, which is, essentially, a collection of thoughts that contain qualities of behaviour, which, together, create predictable scenarios. We may disempower our complexes through the cultivation of Self-awareness. Jung called this process Individuation. 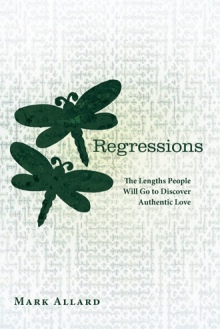 As we consider the unfolding conditions of our lives through a mythological filter, archetypal qualities of behavior recognizably manifest. This empowers us to infuse value and meaning into our lives that are relevant to our personal experience. Nietzsche understood this process to be essential in the development of his Overman. Carl Jung called this process of bringing unconscious qualities of behavior into consciousness, individuation. Building on the structure of elementary ideas—the universal symbolism that transcends cultural and spiritual landscapes—Living Mythos presents a compelling alternative to the “dependency doctrines” of modern tradition, and it inspires us to imagine a tomorrow in which we have reclaimed the spiritual nature of our thoughts. Through an exploration of Norse mythology and the influence of Indo-European shamanism, we may begin to understand the mythological worldview as a form of ancient psychology, designed to awaken us to our inherent potential to create and become our own unique living mythos.

In Living Mythos, filmmaker and musician Mark Allard ventures into the heart of the metaphor contained within his first book, Regressions (2012), and begins to expose the mechanics at the heart of the multiverse that is the human psyche. Continuing the adventure: Internal dialogues are projected as a cast of mysterious beings, who come to life over a game of HNEFATAFL. Watch this short film at www.visceralmfi.com