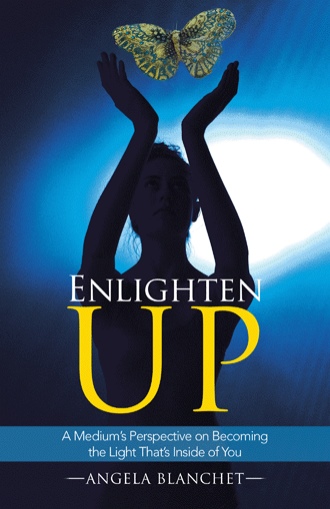 Enlighten Up: You are always in the right place at the right time. You have the incredible advantage of perfect timing from the Universe. Have you ever turned left when you meant to turn right? That’s because the Universe is always guiding and helping us to change our course of direction in order to bring us to the right place at the right time. God connects the dots to bring us what we are asking for with divine timing. Until I began to understand and trust this timing, I would become frustrated and annoyed if something happened in my day such as misplacing my keys or leaving something at home and having to turn around to go back. However, I have heard from so many people in my readings as to how they can look back at something that at the time seemed quite inconvenient and now recognize that the timing was actually a set up for them to receive what they were asking for. A special story of spirit visiting a friend in a dream has become my favorite example of the intricate and intentional timing of the Universe. About six years ago, a young man, Eddie, visited me for a reading. One of his closest friends, who was only a teenager at the time, had died in a sudden accident not long before. As I began to read Eddie, this young male energy came through with messages. He spoke about a trip Eddie was soon taking to Mexico with his family. He said that there would be a lot of gate changes at the airport and to trust the timing of that. Shortly after his return from his trip, Eddie came in to see me again. He shared with me this incredible story of spirit and timing. A few days before the trip, Eddie had a visitation in his dream from his friend. This is a common way that spirit connects to their loved ones. Because sleep allows us to be in a more relaxed state, our vibration is up and spirits can more easily connect to us. Eddie began to describe his experience to me. He told me that he was “sucked out” of his dream and that everything was black and white expect for his friend, who appeared in color. He said that the friend then brought him to the scene of his accident. He showed Eddie pictures of his family and thanked him for all of the candles that had been lit for him. Eddie started saying things like “this can’t be real”, “you’re not real” etc. His friend then replied, “Yes, this is real and you will see me between 9 and 10.” Also, while in this dream state, Eddie noticed that he had a cell phone on him. At this point, a text came to that phone which read, “Look for me between 9 and 10”. After the visitation happened, Eddie could not connect any significance to the numbers 9 and 10. A few days later, he arrived at the airport for his trip. The first thing that became apparent was the gate number for his flight kept changing, which was a validation from his reading. The gate change happened three times, until eventually it was confirmed that their flight was boarding at gate 11. As Eddie neared the gate, he realized he had to use the bathroom. He told the others to go ahead of him and he would meet them at gate 11. When Eddie came out of the bathroom and was walking towards gate 11, he recognized a group of people waiting to board a plane near another gate. He recognized them because they were all wearing shirts that were made in honor of Eddie’s friend! Soon after Eddie’s friend crossed over, a foundation was made in his name, by his family. The shirts had his friend’s name on it. In fact, Eddie had the same shirt in the same color, so it was very easy for him to notice this. They stopped for a quick moment to talk about where they were headed. It was at this moment that Eddie realized he was standing between gates 9 and 10! Everything clicked in that moment with his dream. He saw an incredible sign from his friend, just as he said he would, between 9 and 10! When your dimmer is up, you respond to the gentle nudges from the Universe. It’s as if you are working in sync, together. God is sending you impulses and you are receiving them. In this story, Eddie received the impulse to go to the bathroom. If he hadn’t been a few minutes behind his family, then he would not have seen the group of people wearing shirts with his friend’s name on it, between gates 9 and 10. Minutes or even seconds of changing your direction is bringing you to exactly where you are supposed to be. So, the next time you lose your keys or can’t find your other shoe as you are trying to rush out the door, try not to feel inconvenienced. Instead, recognize it as your perfect timing. 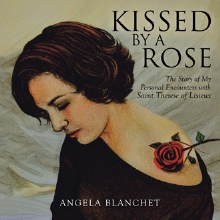 Enlighten Up is designed to uplift and guide others toward living from their spirit so they can create a magical life. The special design of Enlighten Up includes several inspirational, law-of-attraction-based messages that are expanded on by the unique perspective of a clairvoyant medium. The author’s personal spiritual experiences, as well as compelling stories from her clients, become prime examples of how to live a more enlightened life. The examples and stories shared in Enlighten Up encourage and teach others about lifting up their vibration so they can lead the life they are meant to and experience the love, health, joy, and abundance that is always within reach. Enlighten Up perfectly blends thought-provoking, motivational messages with fascinating accounts of signs from spirits on the other side. “Enlighten Up is an inspirational book! It teaches us to always be positive, grateful and that our thoughts determine our actions and outcomes. After reading this book it’s comforting to know that when a loved one passes, they are still present in our lives” - Maria Guercio, teacher

After enduring many years of medical challenges and numerous surgeries in her young adult life, Angela Blanchet began to see the world around her differently. She was thrust into a new world of being able to see, hear and feel spirit energy. She felt the strong need to put aside her work as a clinical nutritionist, as she was being pulled to share her gift and new found ability to connect to those on the other side. Angela is the owner of Center Yourself, an intuitive life coaching, psychic reading and spiritual teaching center. She is also the writer of a daily inspirational message called, “Enlighten UP”, and the author of the book “Kissed By A Rose”, a true story of her personal encounters with Saint Therese of Lisieux. Angela lives with her husband and two children and works from her home office in Kings Park, NY.