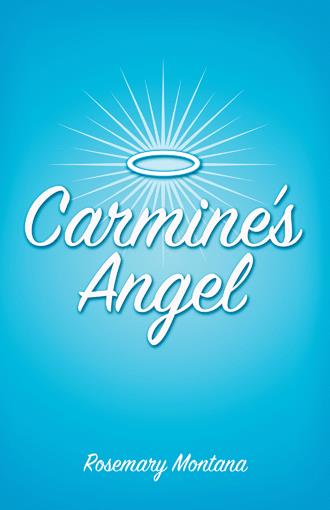 Carmine awoke slowly and stretched and yawned. "Wow, that was quite a dream! I should write it down. It was definitely something to share with my support group." She lay on the bed thinking about it when she glanced at the clock and noticed it was almost seven. "Seven o'clock," she screamed. "Today is the first day of school. What am I doing in Chastising herself harshly and repeatedly for getting up late, Carmine was always finding a list of things to beat herself up about. She had even worked with a therapist to try to overcome it. Her therapist had given her an exercise, which she called "compassionate self-forgiveness," that released and forgave any judgments against herself that caused emotional upset. But it was a hard habit to break. "This would be a good time to have an Angel nearby," she said, as she thought a about the dream. "Maybe he could give me a good hair day and ensure there is no traffic." "Is that what you need, Carmine? Stop reprimanding yourself when things don't go as you think they should. It only makes you feel bad. No one should do that to themselves." Carmine felt the soap slip from her fingers as she fearfully turned around to find where the voice came from. She could see a form through the shower door. She very slowly and ever so slightly opened it, and peeked out. There, all seven feet of him, stood Laurence. She closed her eyes tightly for a quick second; then opened them. He was still there. "That wasn't a dream?" she whispered hoarsely. "It really happened?" "Yes, Carmine. It really happened!" "Couldn't you have given me a bit more notice and introduced yourself in a less shocking way? "Oh, my gosh, I don't have any clothes on," she gasped. Bending down as low as possible to hide her body, she grabbed a towel from the floor and wrapped it around her. "You should at least have the decency to turn around," she snapped at him. "Carmine, Carmine, your impatience again! I will never understand you, even after twenty lifetimes together "Angels do not see humans in the same way as other humans appear to each other. We see the soul and the energy of a human – its essence. The body is just something that is wrapped around the soul. Almost the same way you are using that towel to cover your body. If you give me permission, then I can see you as you appear to other humans." Carmine just stood there motionless, with her mouth and eyes open wide. "Amazing! I am standing here, soaking wet, and he is telling me these incredible pieces of information that thousands of people would love to know and I understand everything he is saying. " "How come you appear to me as a male Angel? And I'm certainly not going to give you permission to see me as I am on Earth; at least not now." "Because humans see each other as male and female. You see Angels in the same way." Carmine closed her eyes. "This can't be happening. I am an intelligent, rational person who does not use drugs or any other type of stimulant that could be manufacturing this illusion." Then she looked again. He was still there. Finally, because there was nothing else she could do and she was becoming cold, she stepped out of the shower, with the towel still around her, picked up her white terry robe, turned her back and put on the robe. Whether he saw her as an entity or not, she was still a woman with a strange man in her bathroom. "Can we go into the living room and talk more about this?" "Of course, Carmine, but aren't you concerned about arriving at school on time?" "Yikes, school! What am I going to do? My first class is at 9 and if I'm not there, they'll give my place to someone on the waiting list," she said as she ran to her bedroom. She shed the bathrobe, ran her hands through her damp hair and hastily pulled on the jeans, t-shirt and jacket she had laid out the night before, tying the jacket around her waist. She rushed back to the bathroom, fumbled through her makeup, took another two minutes to slap some of it on. Amazingly, her hair had dried to a quite an attractive style. As late as she was, she paused and looked again. ."Wow! That has never happened! My hair looks great and I haven't even run a comb through it." "Well, Carmine, you did ask for a good hair day, didn't you?" "You did this?" "Yes! And I will assist you in arriving on time to your class." "Let me check my phone. I have a traffic app – it will tell me how bad traffic is." She, typed in her destination and found that the traffic was going less than 12 miles an hour. Carmine moaned, "I will never get to school on time." "Carmine, go to your car! Now!" Carmine ran to her rolling burgundy backpack, which she had filled the night before with her essentials for the day. She snatched her car keys, ran out of the condo with the backpack, and bumped down the three flights of steps to the garage. She opened the front door to her white Honda Accord and threw the backpack in the passenger seat. Sliding in the front seat, she started the engine and closed the door simultaneously. Backing out of the garage, she turned to see if Laurence was around and there he was, sitting in the front seat, holding her backpack. "Can anyone else see you, Laurence?" she asked as she deftly made her way to the freeway. "No, Carmine, just you." Carmine felt herself exhale very deeply. This was going to be one unforgettable day as she looked at the car clock and saw that it was 8 a.m.

Carmine has put her whole life on hold for eighteen years to raise her daughter. Now, with her daughter off at school, she at last has the time to finish her degree and pursue the life of her dreams. One small problem—Carmine dies of an aneurysm the night before school is to begin. Her Guardian Angel, Laurence, escorts her to the next dimension. Once in the great beyond, they find that the date of her death was an error. Carmine negotiates herself back to Earth bringing Laurence with her in physical form so she can see, hear, and talk to him. This begins a unique relationship between the two as Laurence, invisible to all others, guides and assists Carmine to live a joyful, prosperous and loving life by sharing the spiritual secrets of the Divine with her as well as using his angelic powers to help her in her everyday activities. And, to find the love she has always desired. A fun, whimsical look at what would happen if we actually could see and hear everything that our Angels are trying to share, to lead us through life!

Rosemary Montana graduated from a Master’s Program in Spiritual Psychology. She has been a life-long student of spiritual knowledge to help her live the life she intuitively knew she was born to live. She wrote this inspirational, romantic novel to share what she had learned with others in an entertaining and light-hearted way. A human resources career professional, Rosemary has been a mentor and coach helping individuals to achieve their career and life goals. Rosemary lives with her husband and soul mate, Glenn, in Los Angeles, California where she continues to create and live her authentic and passionate life.