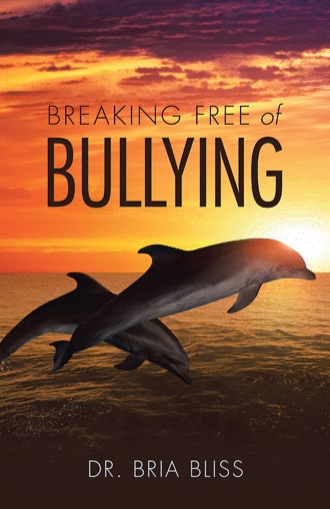 It was a beautiful day in sunny, southern, California. The sky was blue, the trees were green, and the birds were singing. However, it wasn’t much like any other school day; this one was different because it was the last day of school. It felt bitter-sweet because it was the best class I had ever had in my 20 years of teaching. This third grade class was special indeed and as sad as I felt for having to say “Good-bye” for the very last time, I was grateful that we still had our pool party to look forward to at my house. As I said my last good-byes through hugs and kisses, I made my way to the office for my end-of-the-year evaluation with my latest principal of two years. Once I sat down, I realized this was not going to be any ordinary meeting because my union representative was asked to sit in, much to my disbelief. The realization of the enormity of this meeting began to settle into my heart as it began to pound so loud I thought it would burst. My palms became sweaty and I felt a strong wave of hotness penetrate my body to the point that I felt I had soiled myself. Here is the notice I received on my last day of school on my 20th anniversary of teaching in its original form: “Notice is hereby given under Education Code 44938 that your performance has been unsatisfactory and the incidents described below constitute unprofessional conduct as a certificated employee of the Mid-Valley School District. You are directed to correct your unprofessional conduct with forty-five (45) days and your unsatisfactory performance within (90) days. Failure to correct these deficiencies may result in further discipline.” The following conduct and incidents constitute both unprofessional conduct and unsatisfactory performance: 1. On or about April 19, 2016 you were given your Summary Evaluation of Certificated Performance for the 2015-2016 school years. You were rated “Needs Improvement” or “Unsatisfactory” in the following standards: 1.2 Creates physical or virtual learning environments that promote student learning, reflects diversity, and encourages constructive and productive interactions among students. 1.3 Establishes and maintains learning environments that are physically, intellectually, and emotionally safe. 2.1 Promotes social development and responsibility within a caring community where each student is treated fairly and respectfully. 2. 6.7 Demonstrates professional responsibility, integrity, and ethical conduct. 6.8 Promotes a positive professional image by action, communication, and appearance. In addition, your overall Performance Summary was rated Unsatisfactory. The following comments were written in your evaluation: “Mrs. Steffain demonstrates limited ability in understanding and modeling fairness, equity, and respect in and outside of the classroom; responding to inappropriate behaviors in a fair and equitable way; helping students respect different ideas, feelings and point of view; and working collaboratively with families to maintain standards for student behavior. Mrs. Steffani demonstrates limited ability in preventing and resolving professional conflicts with staff in a positive and productive manner; maintaining a positive attitude with students and staff; balancing professional responsibilities with personals needs; and demonstrating professional conduct and integrity on school and district grounds.” In addition, the following was written in your evaluation concerning your overall performance: “Since Mrs. Steffani’s last evaluation, there has been investigations and documentation of numerous parental and staff complaints regarding Mrs. Steffani’s inability to handle student discipline and staff personnel regarding unprofessional conduct have also been reported. Documentation (Letter of Warning and Letter of Reprimand) includes use of sarcasm, name calling, yelling and shaming of students. Additionally, Mrs. Steffani demonstrates retaliatory tendencies by confronting students, staff, and supervisor when complaints are bought forth. It is recommended that Mrs. Steffani attend professional development in this area; and to reflect on the negative impact her behavior has on the culture and climate of the school and community.” In a nutshell, after 20 years I was declared a lousy teacher, a lousy employee and a lousy person in general. Have you ever felt like this? If you have, you are not alone, please read on.

Breaking Free of Bullying began when my own career as a teacher was threatened after twenty years of loyal service, by a boss who deemed me as an unprofessional teacher and who felt my job performance was unsatisfactory after only two years as principal. I began to feel targeted when I was constantly asked to come into the office for discussions that had to do with “complaints” from parents and staff members. The principal at that time was using me as a scapegoat to further her own agenda of climbing the corporate ladder to the district office. I was an easy target because I was an outspoken educator who fought for injustices as a union representative. Breaking Free of Bullying is an interactive book that is written for children, teenagers, and adults who feel they are being bullied in some way or another. This book will ask emotional questions that are meant to provoke deep reflection. Through the use of mindfulness education (ME), this book will allow you to write out your feelings, ideas, and imaginary details. Likewise, this book will give you an opportunity to express the true emotions you are experiencing with those who are bullying you.

Dr. Bliss has a PhD in Philosophy with an emphasis in Education. Being an elementary school teacher for 21 years has been her passion and fulfillment. Doc Bliss, as her students refer to her, uses Mindfulness Education to enhance her teaching skills and promote peace, gratitude, and heartfulness. She is currently using ME with the elderly and adolescents in juvenile detentions to promote self-esteem and self-worth. She enjoys working on book and film projects. Dr. Bliss lives in Sunset Beach, CA with her husband Craig, her daughters Skye & Sunni, and her dog Shuggs.