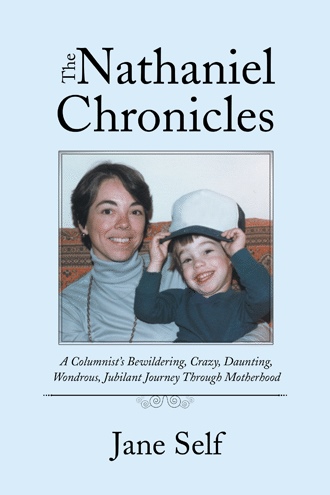 My son was two and a half the day his dad moved out of our house. I knew my husband was leaving; we had discussed the details that morning before I left for work. Doug and I had been sleeping in separate bedrooms for a couple of months by then, biding our time until he could find a suitable place to live, which he had done a few days earlier. Neither of us considered talking to Nathaniel about the move, figuring he was too young to understand. After all, his father was just moving to another neighborhood in Atlanta, not far away. He would still be part of his son’s life. The day was routine, with me dropping Nate off at day care and picking him up that afternoon as usual. But as soon as we walked through the front door, he knew something was wrong. He ran into his dad’s empty room, flung himself on the floor, and started wailing—a mournful, heart-wrenching sound. I walked over to pick him up and assure him his dad had not left him for good. But he was having none of it. Screaming at the top of his lungs, he pushed me away with surprising strength, then shoved me out of the room and slammed the door in my face. I was dumbfounded. Where was my sweet, adorable, playful little boy? I could hear him pounding the floor as he continued the piercing shrieks. Each time I tried to crack open the door, he threw himself against it, yelling, “No-o-o-o-o-o!” Panic rose in my throat, threatening to take over. I had the urge to curl up on the floor myself and bawl my eyes out. I had no idea what to do. Forcing my way into the room would certainly make things worse. But I was afraid he would hurt himself thrashing around if I didn’t calm him. Finally, I quietly slipped into the room through a second door accessible from my bedroom. I sat on the floor against the wall to wait. After what seemed like hours but was probably no more than ten minutes, the screams diminished into whimpers and soft gasps. I crawled over, gently scooped him up in my arms and began to rock, whispering that everything was going to be all right. As soon as I could collect myself, I put Nate in the car and drove the five or so miles to where I knew his father was in a meeting that afternoon. I pulled into the driveway, leaped out, and barged through the front door without knocking. Doug was in a planning meeting with several other people, but I didn’t care. This was far more important than anything else he might be doing. I demanded he come outside immediately to console his son. Surprised and alarmed by my behavior, he rushed to the car. And that’s all it took. After just a few minutes of Dad’s reassurances and a promise to see him soon, the old Nate was back. By the time we arrived home, life was perfectly normal again. That was thirty-six years ago. Nate doesn’t remember the incident, but it lives for me like it happened yesterday. Thinking about it still causes my chest to tighten and my eyes to fill with tears. Nothing had prepared me for such a crisis. I felt helpless, and I felt like I had failed. Both were sickeningly unfamiliar sensations for me. I was the one who always did her homework, always had the answer, was always prepared. But this? There was no instruction manual for mothering a child in the throes of a fit—and who was acting out with good reason. His life was changing dramatically, and we had not seriously considered the impact on him. My self-confidence was shattered. What if I’m a terrible mother? What if I’m just not cut out to be a mother at all? Had I screwed Nate up for life? An overwhelming sense of aloneness crept over me. Doug was gone. My parents and sisters lived hundreds of miles away in Alabama and Kentucky. I had a few friends in Atlanta, but most didn’t have young kids. In that moment, I felt doomed to slug this out alone, day by day. Don’t get me wrong—Nate and I had wonderful times together over the next several years. Underneath it all, though, I still had the nagging sense of being out of my league in this parenting endeavor. A few years after that awful day in Atlanta, I made a couple of momentous changes. I remarried, and I changed careers. By the summer of 1986, I had spent almost a decade in public education, including getting my doctorate in school administration, followed by a five-year stint as a planner with the Georgia Department of Corrections. As I compiled studies and drafted reports, I uncovered a passion I didn’t know I had. I loved to write! Even better, I was good at it. I found I thoroughly enjoyed the process of putting facts and ideas into words in a way that others could understand. That discovery eventually led to a job as an entry-level copywriter at the Macon Telegraph, in a city about an hour south of Atlanta. Within a year, I was promoted to assistant features editor and began writing a personal column every Sunday for the newspaper’s Georgia Living section. The assignment was to write from a feminist’s perspective about lifestyle issues our readers would find relevant. Not surprisingly, stories about Nate, who was then around six, and my various child-rearing challenges found their way into every fourth or fifth column. And then a funny thing happened. People began to respond. It seemed everyone—whether or not they were parents—had ideas about how children should be raised, and they were eager to share their thoughts.

Is there a parent alive who hasn’t at some point questioned her or his ability to raise a happy, healthy, well-adjusted child? Author Jane Self discovered that when it comes to raising children, nothing is certain. From the time her son was six until his wedding seventeen years later, Jane shared the uncertainties and fears, triumphs and joys of raising her son with fearless authenticity and warmth in her weekly newspaper columns and articles. The Nathaniel Chronicles is a collection of these, capturing her roller-coaster journey through motherhood in a delightful, poignant, often funny way that will have parents and nonparents alike nodding in recognition.

Jane Self is an award winning journalist and author. From 1986 to 1998, she was assistant features and religion editor for the Macon Telegraph and was features editor for the Tuscaloosa News from 1999 to 2007. She authored a popular weekly lifestyle column for both newspapers. Her books include Sixty Minutes and the Assassination of Werner Erhard and Alabama’s Fallen Warriors. She is also the creator of babyboomersbloom.com, a website that celebrates Baby Boomers living with gusto. She resides in Athens, Georgia. For more information, visit janeself.com.