You Can, End of Story 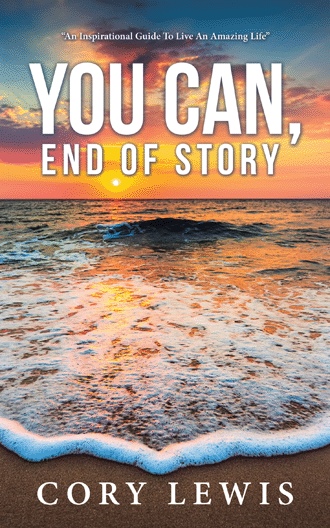 This book is designed to wake you up! If you’re feeling a little off course—like you tried everything, but you are not where you want to be in your life, career, marriage, whatever it may be—then keep reading. The power of “You Can” is still within you, and it’s not too late to reactivate that power! I don’t care if you just learned to read or are one hundred years old, these principles apply to you right now. It’s time you tapped into your hidden ideas and the gifts you were born with, your natural God-given talents. My goal is to get you feeling like you can run through a brick wall after reading this book like the superman or superwoman you are! Let’s get you pumped up and excited about life again starting now!

Cory Lewis has sold over 1 Million Dollars of products all over the world. He has been able to do this, by motivating people and corporations to be their best, and now he wants to share some of his secrets to success. Cory Lewis is a Husband, Father of three girls, a Motivational Speaker, actively involved in his Church, and loves to develop people looking for growth. Cory Lewis lives in Lakewood, California and when he is not motivating people, you can find him writing, in the gym, or hanging out with his family.