Miss Me but Let Me Go 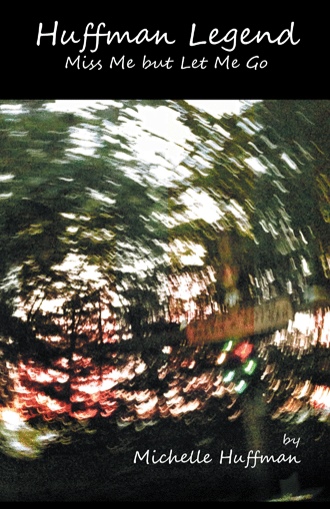 Tranquilizers and tequila helped to numb the pain and had become a way of life to deal with the grief. My doctor prescribed the Ativan I so desperately needed and Patron was readily available at the local liquor store. Sleep was often interrupted by screams of anguish because of the night terrors that haunted me. My eyes were red and swollen from crying—and not just random bouts of crying; we're talking sobbing uncontrollably on a daily basis for well over a year. I could barely function, let alone go back to work and my self-destructive lifestyle was taking its toll on my health- physically, mentally, emotionally and spiritually. Life had no meaning and I just wanted it to end. My husband, Dave, tried to help, but I rejected his attempts to console me. I called him names and told him that I hated him. I blamed him for our loss, and there was nothing he could say or do that would change my mind. Dave was at a loss on how to help me, so occasionally he called in reinforcements. Friends and family came to try and help. They expressed their love and concern in an effort to ease the grief that held me hostage. When it came down to it, there was really nothing anyone could do. How do you fix a broken heart? One early morning I was sitting in my recliner in the family room drinking a cup of hot coffee while trying to pull myself together. My long, dark, unkempt hair was draped over my slouching shoulders, hiding most of my face. I was just staring into space, still in a state of disbelief. “Oh, it hasn't been a year yet,” was something I had heard often from others doing their best to console me—as if once a year was reached everything would magically get better. Well it wasn’t better. In fact, it was worse because of having had that expectation. The room was quiet except for the humming sound of the computer. Dave, was in his own world catching up with emails and checking out the latest news. The silence was broken when the phone rang. “Hello,” I answered. It was Dustin’s friend, Eden. Eden camped with her family at Timashamie Family Campground, where she and Dustin met. Dustin was only eight when we first went there. She was a few years older—your typical tomboy with wavy brown hair and mischievous dark brown eyes. Timashamie was Dustin’s favorite place in the whole world, and as long as he checked in with me regularly, he could run around and play on his own. The rule was that he had to have his walkie-talkie and a friend with him. Most often that friend was Eden. The two of them spent countless hours swimming, fishing, hiking, and playing in the creek. Timashamie was a kid’s paradise. “Hi Michelle. How are you?” she asked. Sweet memories of the past came flooding back when I heard Eden’s voice. It was hard to believe that six years had passed since we left Timashamie. I hadn't talked to her in quite a while but always enjoyed hearing about the adventures she and Dustin shared. After a deep sigh, I replied, “I’m okay.” My heart was hurting and she could probably hear it in my voice. I expected some generic message of consolation from her, but I didn’t expect what I was about to hear next. "I have a message from Dustin,” she said. My heart was pounding and I couldn’t speak, so I just listened. She continued by saying, “I talked to a friend of mine who told me that he wants me to relay a message to you and Dave.” She certainly had my attention now and my heart was racing as I implored her to go on, “Really, please tell me. What did he say?” "Dustin wants you to know that he’s okay and that he’s sending you the orbs as signs to let you know this.” I had no idea what an “Orb” was, but I’d seen several pictures on Facebook that Dustin’s friends had posted with unusual glowing balls of light in them. There were three of them and they all had something to do with him in some way or another. I had initially assumed these photographic anomalies but now I was not so sure. Eden finished by saying, “Dustin wants you to know that it hurts his heart to see you cry all the time because he feels like he broke you.” My eyes welled up with tears and I started sobbing uncontrollably. It was devastating to be told that my behavior was hurting my son on the other side. I didn't even realize this was possible, but then again, how could I? Parents are not supposed to outlive their children. It's just not the natural order of things, and many parents never get over such a loss. I know I haven't, nor will I ever get over losing my son, but after talking to Eden, I knew that somehow I had to learn how to deal with the loss of my beautiful boy in a more productive manner. I had to get a hold of myself! I thanked Eden for calling and hung up the phone. Quite shaken, I went to the bathroom to splash some water on my face. My reflection in the mirror showed a haggard and beaten-down woman. The bottle of Ativan on the counter was a reminder that this is not what Dustin would have wanted. I wanted to live the life that he would want me to live, and I knew that he would want me to be happy. I wanted to live a life that would make him as proud of me as I was of him: A life that would honor his memory.

The true story of how an incredible young man helps his grieving mother to heal, from the other side.

Michelle is from a small town in Ohio and is a graduate of Youngstown State University. She was an accountant at a CPA firm when her son fell one hundred feet off a rocky cliff. His death would change her life forever. Today she enjoys meditation, writing and spending time in nature.