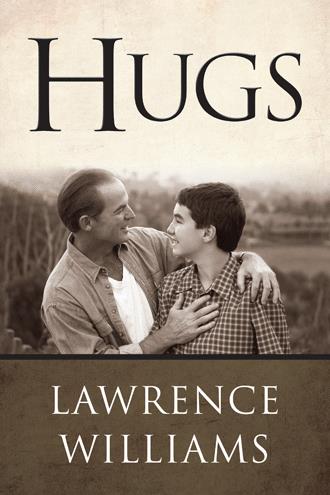 It is 1989 when Steve and Gina Wilson learn that their precious little boy, Taylor, has a little known behaviorial disorder. Desperate for answers about the perplexing disorder called autism, Steve sets out on a determined quest to find a way to communicate with Taylor. While battling depression and frustration, Steve is guided along his fateful journey over the next several years by the hope that one day he will find the answers he seeks. But everything changes when Steve is struck by a burst of light that suddenly emerges from the sky during a camping trip. As his inner-turmoil and pain is replaced with a sense of peace, calmness, and serenity, Steve begins receiving messages and visions that involve his son. But it is only after he realizes that the miraculous intervention has gifted him with an unusual ability to help others that Steve discovers it comes with a price he never could have anticipated. Hugs shares the poignant story of a father’s struggles, sorrows, and joys as he and his family navigate through the unimaginable challenges that accompany an autism diagnosis.

Lawrence Williams is the father of an autistic son born before the age of the internet, appropriate educational choices, and effective intervention methods. Tyler, who has been the primary focus of his life, now lives in a group home of adult autistic young men where he is flourishing, quick to smile, and eager to engage others. Lawrence and his wife of thirty-one years live in Southern California.