All My/Our Pain and Suffering 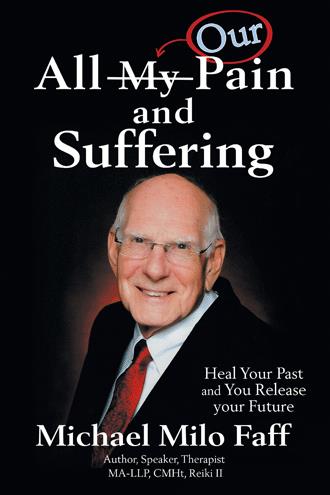 This book is a combination of many small booklets written over the last fifteen years. And a few central themes weave their way through the book. Memories is one of those themes. What are they? We all have them, but what are they and how do we make them? And how real are they? Reality is another theme that tugs at my imagination. Where is it? I will be answering the following questions: Why do you have the personality you do? Can you change your personality? How was your belief system formed? Can you change your beliefs? How did you manifest the world you have? And can you manifest a different world? What makes you who you are? And if you don’t like it, can you change who you are? Don’t be shy, come along. Maybe you will find a new way of experiencing life? Maybe you will find a new way of being in the world? Or maybe you will find a new world?

Michael holds a Master of Arts in Humanist and Clinical Psychology, and practices out of Oakland Psychological Clinic in Milford, Michigan, specializing in Mental Health, Substance Abuse, Couples Counseling and Pain Management. He is a Certified Medical Hypnotherapist and a Reiki II practitioner. He is fascinated by how quickly using some alternative modalities work in supporting clients in change. Mike’s under graduate degree is in Electrical Engineering and retired after thirty years from General Motor Truck Division in Pontiac, Michigan. After retiring at age 63, he went back to college and earned his master’s degree in Humanist and Clinical Psychology. He currently enjoys his outpatient practice, holding discussion groups at Brookdale Senior Living in Southfield, Michigan and putting his ideas into books.